Football clubs, executives, nepotism and conflicts of interest go hand in hand on the road to holy marriage. So just roll them. It’s like a neighbors storyline.

But hey, it’s the modern world. Four entities entering into the sacred marriage contract is the next step in truly blowing up America.

You heard Luke Darcy calling a western bulldogs game? Eddie McGuire? Conflicts everywhere. And of course you would remember former AFL chairman Mike Fitzpatrick, who had a huge stake in the consortium that owned ANZ Stadium, the one in Sydney with the awful sand bunker of a surface but with marquee fixtures giving the Swans access refused their own home stadium for their most important games of the year.

Side bucks are important to all of us. Consortia as a side offer are for the Masons and other secret societies that we public school kids would sell our souls to.

North Melbourne Football Club as it stands isn’t just the wishful thinking king – thanks Go South, um, I mean West, gosh, the last thing North needs right now is Eddie McGuire’s agenda, North Melbourne deep in the Heading south is main territory – but it currently holds the title of king of all conflicts of interest and wild acts of siloing.

The recent leak to the media of the clique’s leader, Adrian Kinderis, a kangaroo benefactor and member of the Shinboners Club, calling for the immediate resignation of CEO Ben Amarfio and President Sonja Hood is a level of juiciness to be expected in the modern age rarely sees day.

Leaked information at this level calls for bad culture.

You know what else calls for bad culture — your list manager, your recruiting manager, and your national recruiting officer all resign on the same day, which happened to be a week before the midseason draft.

Oh and more conflicting interests, it was reported by Sam Edmund that football director Anthony Stevens went rogue and hired Geoff Walsh to oversee the football department without the CEO’s approval, and to top it off Geoff Walsh is a director on the board of coaches Association that is actually responsible for protecting trainers from this kind of invasion and disrespect.

And what happened to Paul Roos as a consultant? He started out in the coaching box, helped with post-game briefings and is now consulting somewhere in California?

Are these people real!!??

But it was a quote from Leigh Mathews that got me thinking about North Melbourne executives and whether we should actually be surprised at the level of misery we see in all aspects of their business.

“Looking down the hierarchy in North Melbourne from Chairman down, it seems to me a bit like the blind leading the blind,” Matthews said sports day.

“You have the chief executive who at that level has only gotten around a little on the board and around the football world, in other words never at club level, never at executive level.

“Ben Amarfio who has been there for a year or two but has no football background.

You may recall Amarfio was one of the first leaders to be sacked from Cricket Australia in 2018 as a result of the Longstaff Review, which delved deep into the country’s cricket culture in the wake of the Sandpaper Gate scandal. 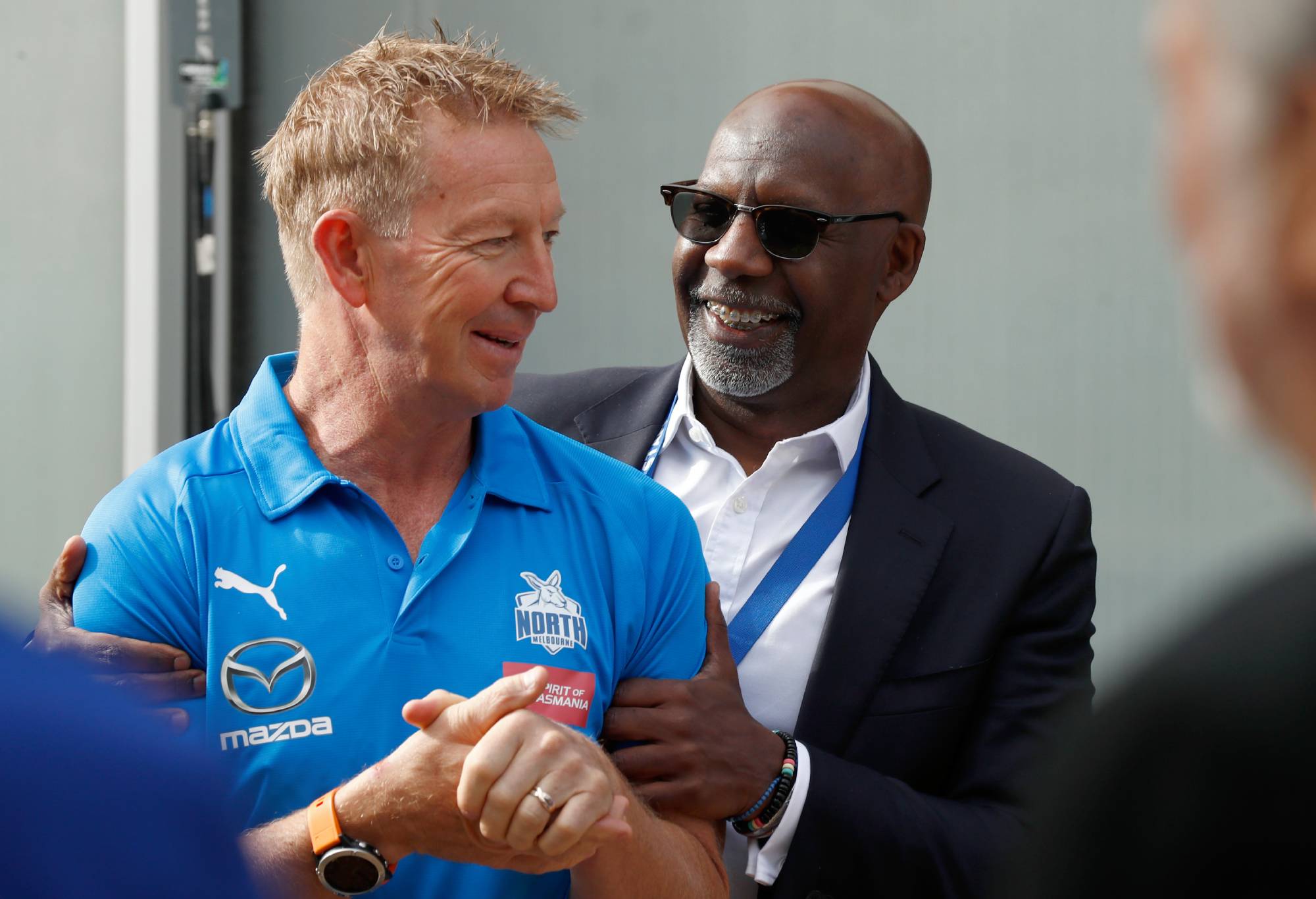 I stumble upon Joe Aston, Financial Review, who wrote brilliantly about the culture of CA in 2018, with a particular focus on Ben Amarfio’s struggles with the culture and dealing with conflicts of interest.

“Then there’s another CA executive, Ben Amarfio, who earned the nickname ‘Johnny Rivers’ in 2016 when he was arrested for undeclared work secret agent man for sports commentator James Brayshaw. That’s right, the exec, who manages $120 million a year in cricket broadcast partnerships, reached out to broadcasters to “offer the services of a dude.”

“Broadcasters were shocked and not surprised. This behavior of Amarfio was already legendary. Most mornings, in front of his speechless colleagues in Jolimont, he had his secretary serve him a hot breakfast in his glass-enclosed office. “Where’s the Worcestershire sauce?!” he famously thundered. What else would you expect from Eddie McGuire’s former sales manager at Triple M Warm breakfast?”

You should read the whole article. It’s a master class in research, humor and execution.

That’s right, the friendship between Ben Amarfio and former North Melbourne Football Club chairman James Brayshaw was so strong that Amarfio was willing to push any professional boundaries to help his pal find his next gig.

I know what you’re thinking.

Was the job search favor returned by the former chairman when North Melbourne appointed Amarfio as CEO?

But perhaps even more important is the fact that after years of poor performance and a whole host of cultural wrangling, North Melbourne’s recruitment board responsible for recruiting the new CEO clearly didn’t read Joe Aston, Peter Lalor or Gideon Haigh, following the executive purge of CricketAustralia.

Even AAP got involved in nailing Ben Amarfio to the wall.

“AAP understands the departure of Amarfio, CA’s general manager of broadcast, digital media and advertising, was even more chaotic.

“Security Chief Sean Carroll, a former Victorian police detective who oversees CA’s anti-corruption program and ensures players are safe on tour around the world, has been called in to help clear Amarfio.

“The scene occurred in front of shocked employees.”

“Much of the Ethics Center’s report focused on the Australian men’s team, but also highlighted a corporate culture that ‘prioritises combativeness over cooperation’, noting that ‘a lack of emotional maturity … is also evident among CA employees’ .

Is it just coincidence that North Melbourne is in this mess?