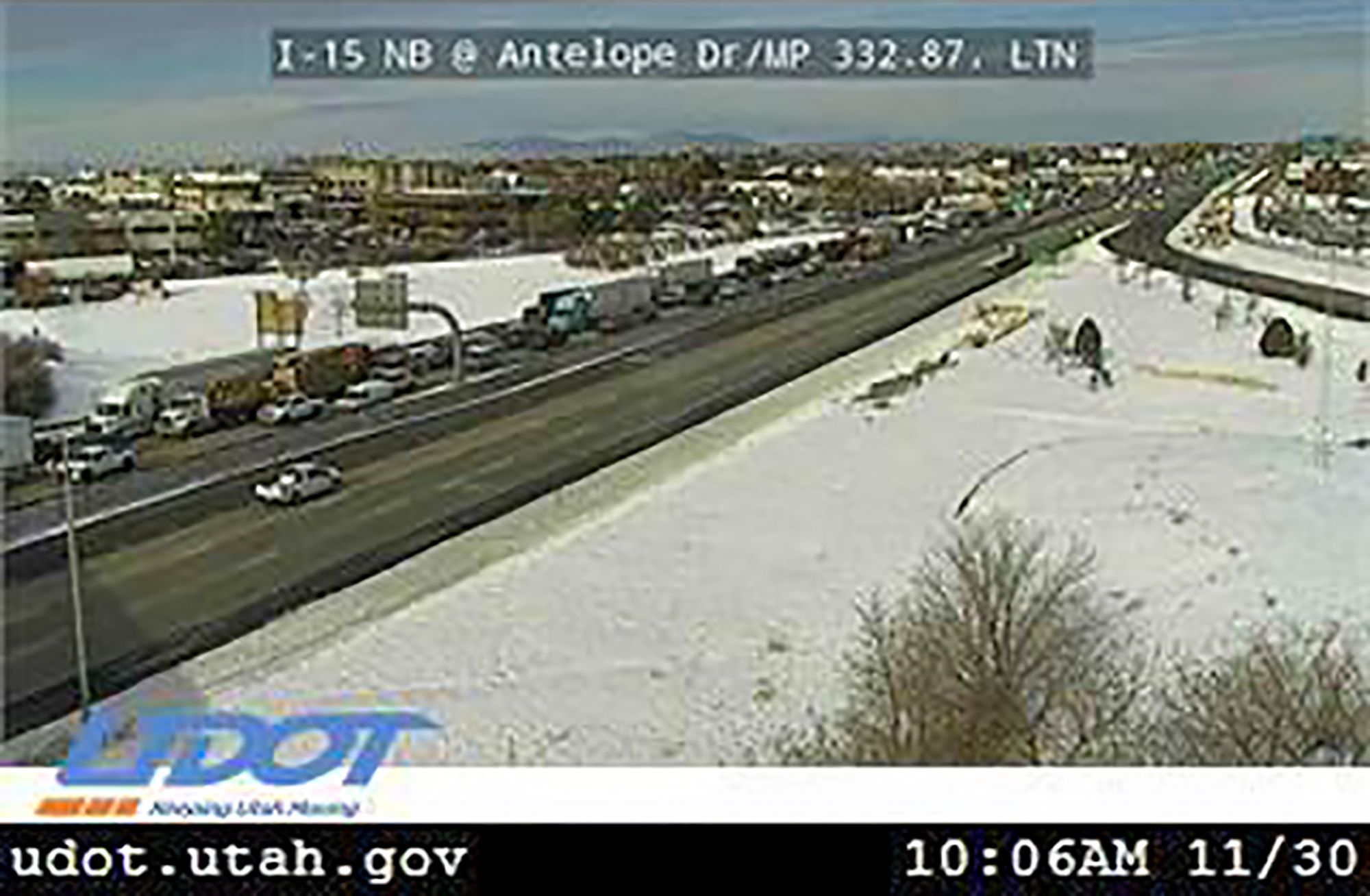 One person is in custody, police said.

A police shootout on Interstate 15 paralyzed southbound traffic near Layton on Wednesday morning.

One person is in custody, Layton police said on social media, and no officers were injured.

Two lanes of 1-15 southbound between mile markers 332 and 333 in Davis County are according to Sgt. Cameron Roden with the Utah Highway Patrol. He said it could be as late as 11 a.m. before all lanes reopen.

It is unclear whether the arrested person was injured. The incidents that preceded the police shooting also remain unclear. A request for more information from the Layton Police Department on Wednesday morning was not immediately answered.

This was the 17th police shooting in Utah this year, according to a database maintained by The Salt Lake Tribune.

— This story is evolving and updated.