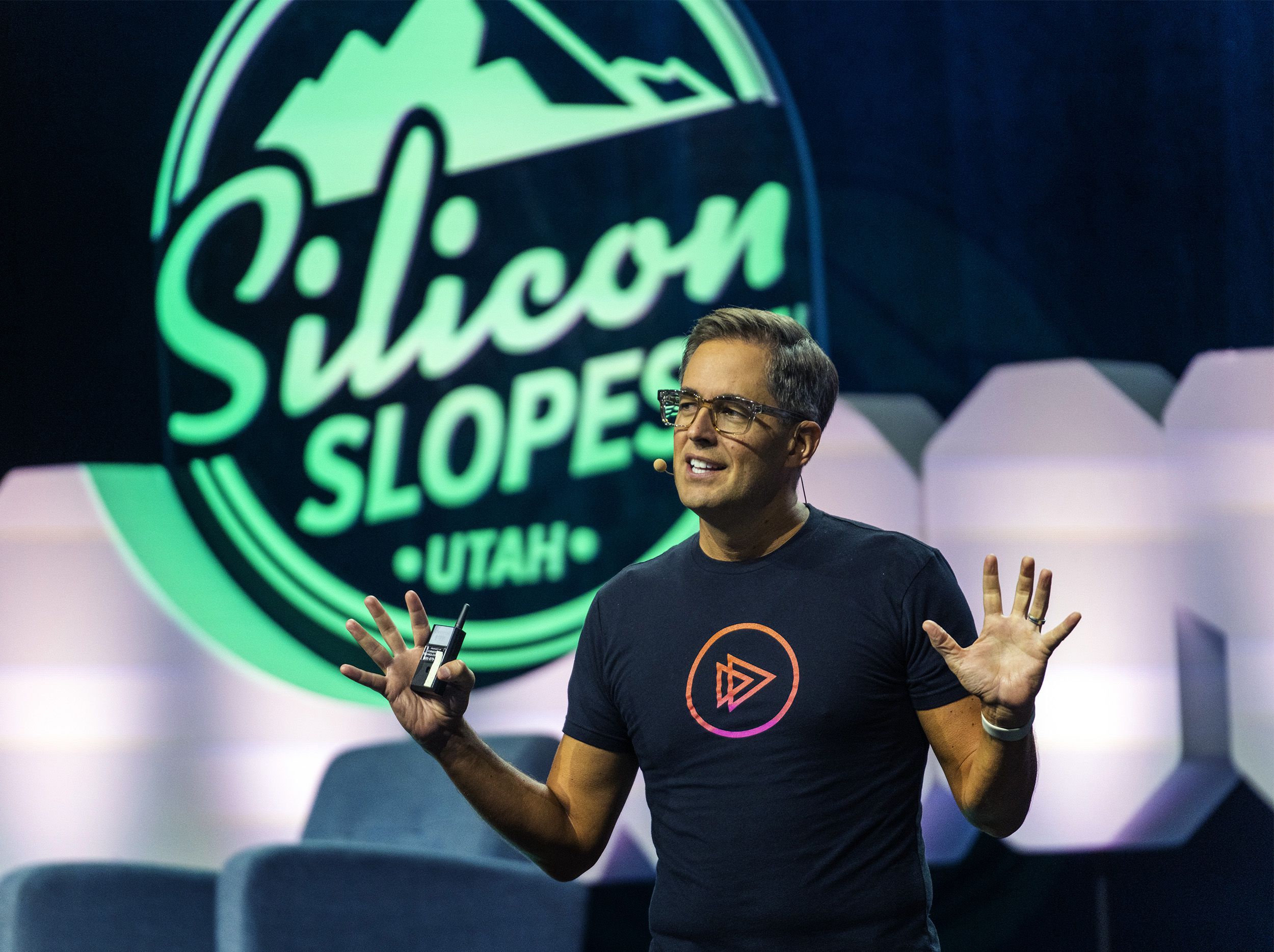 Pluralsight is at least the fourth “unicorn” in Utah to downsize in recent weeks.

(Rick Egan | The Salt Lake Tribune) Aaron Skonnard, CEO of Utah technology company Pluralsight, speaks at the Silicon Slopes Summit on September 30, 2022. On Monday, Skonnard announced that Pluralsight would lay off 20% of its workforce.

Pluralsight, one of Utah’s highest profile tech companies, announced that on Monday it laid off 20% of its global workforce, becoming the latest Silicon Slopes company worth more than $1 billion to downsize.

The “challenging economic environment” faced by Pluralsight, which sells subscriptions to its training software and online courses, worsened in the fourth quarter of the year, CEO Aaron Skonnard told workers in a note Monday.

“As a result, today we are restructuring and downsizing our team, affecting approximately 20% of our team members,” wrote Skonnard. “As your CEO, I own this outcome and take full responsibility for the decisions that have brought us here.”

The layoff affects about 400 employees, Pluralsight said in a statement to The Salt Lake Tribune. “We can also confirm that we offer severance pay and benefits based on seniority,” the company said.

Pluralsight has become at least the fourth Utah “unicorn” — a private startup valued at more than $1 billion — to downsize in recent weeks, following Route and Podium earlier this month and MX in October. And those cuts came after a spate of layoffs had already spread across Utah companies, particularly in technology positions.

In the statement, the Draper company said, “We believe these adjustments will allow us to operate more efficiently and continue our mission of advancing the world’s technology workforce.”

Skonnard added, “I would like to personally thank our departing team members for their many contributions to Pluralsight and wish them every success in their next venture.”

A worker laid off on Monday said the layoffs came as no surprise as employees are aware the company is not meeting internal benchmarks. “At the end of [the third quarter], we knew all hands were on deck. And then, in the last few weeks, there was a hunch [of layoffs]’ he said, ‘but no one knew it was going to be this big.’

The employee, who asked not to be identified while looking for another job, added he still believes in Pluralsight and thinks the downsizing will help “be a lot more financially solvent.”

A lawsuit in which Pluralsight alleged that it made misleading statements about its sales force in 2019 was recently partially reinstated by the 10th US Circuit of Appeals in Denver, allowing two suing mutual funds to pursue some of their claims in federal court . Pluralsight has denied wrongdoing.

[Read more: Investors in Utah’s Pluralsight get a 2nd chance to prove an executive misled them while he was selling his stock]

In April 2021, Pluralsight announced that it had been acquired by Vista Equity Partners, meaning its stock had ceased trading and the company was no longer listed on a public stock exchange. According to Pitchbook, Vista paid about $3.8 billion for the company.

Pluralsight was offered a tax refund worth up to $21 million if it met the terms of a deal with the Governor’s Office of Economic Opportunity to create 2,464 jobs over a 10-year period beginning in 2017. A government database shows that in March Pluralsight was entitled to zero to 25% of that total tax credit.

Layoffs reduce the tax incentives offered to companies and may bar them from receiving a tax credit for a period of time, according to the Office of Economic Opportunity.

https://www.sltrib.com/news/2022/12/12/utah-tech-layoffs-continue-yet/ Layoffs at Pluralsight, a Utah tech unicorn, led to the layoff of about 400 workers

Woman lets in task force looking for her neighbor