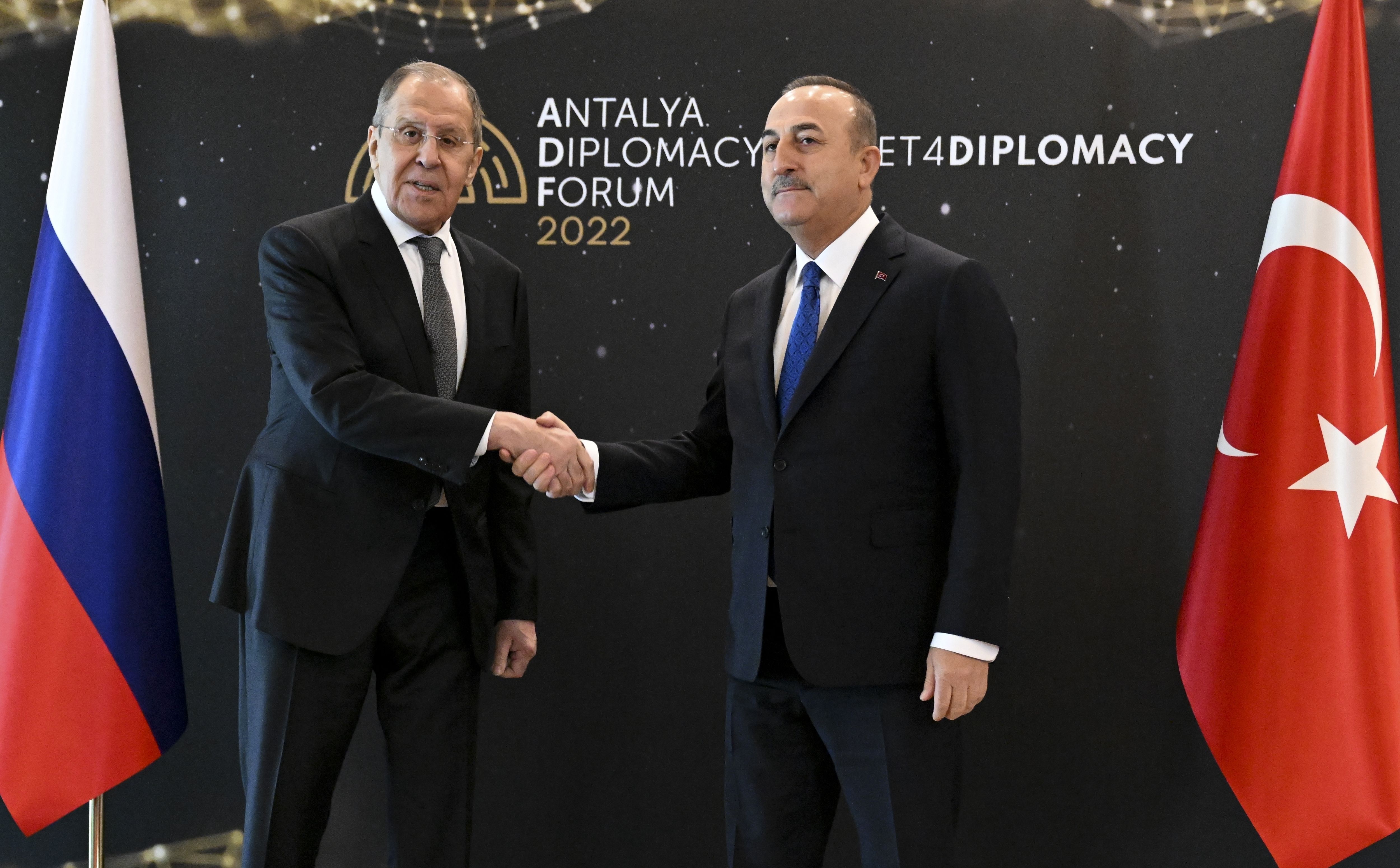 ANKARA – Russian Foreign Minister Sergei Lavrov is set to hold talks with Turkish officials on Wednesday over a plan that could allow Ukraine to export its grain to world markets via the Black Sea amid an escalating food crisis.

Ukraine is one of the world’s largest exporters of wheat, corn and sunflower oil, however the war and a Russian blockade of its ports have halted much of that flow, jeopardizing the food supply for many Developing countries. Many of these ports are also now heavily mined.

An estimated 22 million tons of grain are stored in silos in Ukraine.

Turkey is involved in efforts to set up a UN-led mechanism that would create a safe corridor for Ukraine’s grain to be transported – and for Russia to export food and fertilizer. Turkey would facilitate and protect the grain’s transportation in the Black Sea, Turkish officials said.

A senior Russian official said on Tuesday that Ukraine must remove sea mines near its Black Sea port in Odessa in order for grain exports to resume.

Kremlin spokesman Dmitry Peskov said the Russian military must screen merchant ships transporting the grain to make sure they are not carrying weapons. He added that after grain loading, Russia will help escort the ships into international waters.

“Our engineering planning efforts on issues such as implementation, demining, implementation, establishment of the corridor and escort (of the ships) are ongoing,” Akar said.

Lavrov reportedly arrived in Turkey days after NATO members Bulgaria, North Macedonia and Montenegro refused to allow his plane to fly through their airspace to reach Serbia. Lavrov’s plane could fly directly to Turkey via the Black Sea.

Lavrov’s talks in the Turkish capital are also expected to focus on Turkey’s plans to launch a new cross-border offensive in northern Syria against Syrian Kurdish militias, which Ankara sees as a security threat. Turkey needs Moscow’s approval to continue its presence in northern Syria, despite the two supporting opposite sides in the Syrian civil war. In 2020, 37 Turkish soldiers were killed in Russian-backed airstrikes against rebels in Syria’s last rebel-held province of Idlib.

“Turkey really needs Russia’s blessing to be able to conduct this operation (in Syria). So I think they will really try to get such a concession from the Russian side,” Merve Tahiroglu said. Turkey Program Coordinator at Project on Middle East Democracy.

Lavrov’s meeting also comes as Turkey – a NATO member – has opposed bids by Sweden and Finland to join the alliance. Moscow has also objected to the Nordic countries’ candidacy – which analysts say could play a role in discussions over Syria.

Turkey has maintained close ties with both Ukraine and Russia. She has criticized Russia’s invasion of Ukraine but has not joined international sanctions against Russia.

https://www.local10.com/business/2022/06/08/lavrov-in-turkey-to-discuss-plan-to-ship-ukrainian-grain/ Lavrov in Turkey to discuss the plan to ship Ukrainian grain

'Waiting for tables is so hard on your body and a lot of people don't appreciate all the work we do': Americans have stopped tipping during the pandemic. Were we right to tip less?