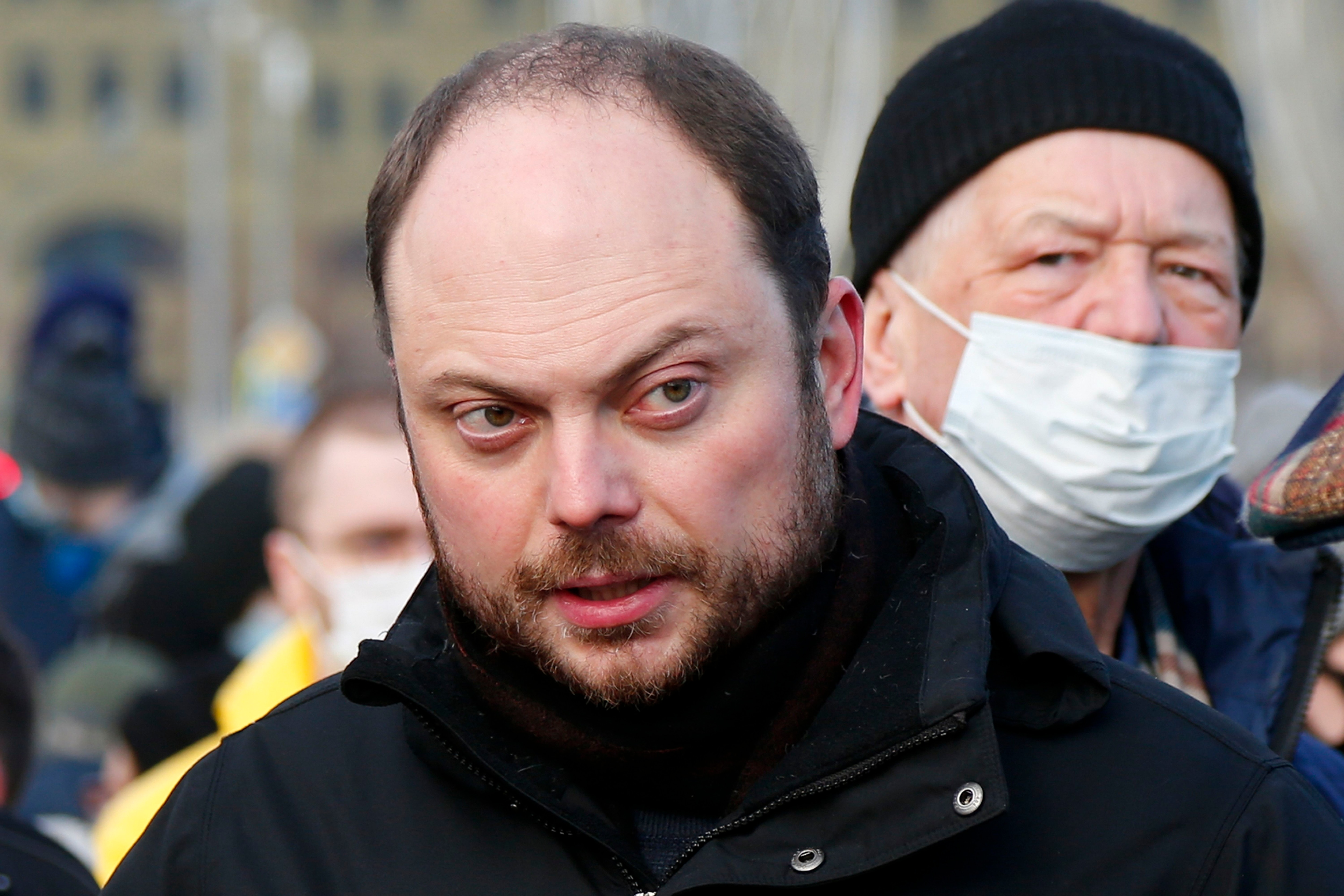 Russian media reported that similar charges were being leveled against outspoken tech executive Ilya Krasilshchik, the former editor of Russia’s leading independent news site Meduza. The moves against the two Kremlin critics are part of a widening crackdown on individuals who speak out against Russia’s war in Ukraine.

Shortly after its troops invaded Ukraine in late February, Russia passed a law criminalizing the dissemination of false information about its military. The offense is punishable by up to 15 years in prison. Human rights activists have so far counted 32 cases against critics of the invasion.

Kara-Murza is a journalist and former associate of the late Russian opposition leader Boris Nemtsov, who was assassinated in 2015, and the oligarch-turned-dissident Mikhail Khodorkovsky, who was imprisoned in Russia for years. Kara-Murza himself was hospitalized twice in 2015 and 2017 with symptoms of poisoning.

Attorney Vadim Prokhorov told reporters that the false information case against Kara-Murza cited a March 15 speech before the Arizona House of Representatives as the basis for the latest indictments.

In March and early April, the activist made a series of public speeches denouncing Russia’s actions in Ukraine. In an April 11 interview with CNN, he described the Kremlin as “a regime of murderers.”

Kara-Murza was arrested hours after the interview and jailed for 15 days for disobeying a police officer. Prokhorov said his client was due to appear in court for an appeal hearing on Friday but was instead taken to the headquarters of Russia’s investigative committee for questioning.

Moscow court spokesman said investigators had requested that Kara-Murza be remanded in custody for two months. A hearing on the petition is scheduled for Friday afternoon, Prokhorov said on Facebook.

Krasilshchik, the technology executive who left Russia in early March, told Meduza he learned about the case against him from news reports, which remained unconfirmed as of Friday night. Russian media linked the charges to an Instagram post which, according to Krasilshchik, included the photo of charred human remains in the Kiev suburb of Bucha.

“You can’t recover after seeing the pictures of Bucha,” read the caption. “They feel like our country’s army is capable of anything… and so is the country. That we are just one order away from mass executions.”

Also on Friday, veteran Russian human rights activist Lev Ponomaryov said in an online statement that he was leaving the country “temporarily”.

“The situation around me and my human rights organizations has long been frightening,” Ponomaryov proclaimed on the website of the NGO For Human Rights, which he ran from 2019 to 2021, when it was shut down over Russia’s controversial restrictions on companies known as ” foreign agents” apply.

“There have been constant provocations, spam attacks, arrests and – I’ll be honest – ambiguous information from various sources about[the authorities’]plans involving me,” he added.

Ponomaryov, a former State Duma deputy who helped found Russia’s oldest human rights organization in the 1980s, has been a vocal opponent of the Russian attack on Ukraine and initiated several public petitions against it.

In his Friday statement, he claimed to be “taking a vacation” to “take care of my health… but also to think through the difficult situation we’re all in and plan further (campaign) activities that.” we can’t stop anyway.”

“I doubt my absence will be long,” he added.

https://www.local10.com/news/politics/2022/04/22/kremlin-pursues-more-cases-against-critics-of-ukraine-war/ Kremlin is pursuing further proceedings against critics of the Ukraine war