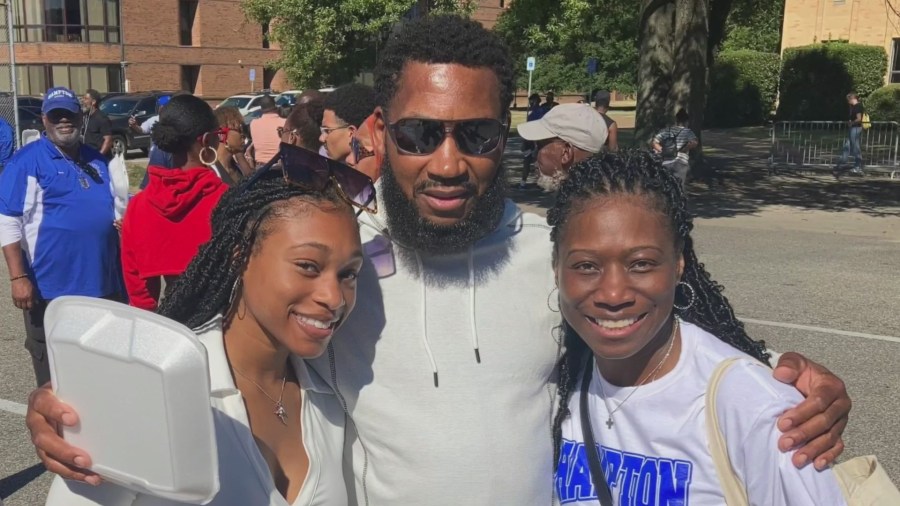 NORMANDY, Mo. – The children of a Normandy town worker want answers about how their father died cutting down a tree.

“He was such a great guy,” Sky Parker said. “He had many children, but they were all equally loved by him. We loved him very much.”

Sky said her father “did what he had to do to provide for his family.

Harold, 56, died on Monday when a tree fell on him. He was pruning trees with three other workers from the Normandy Building Authority.

One of the workers then frantically knocked on Sky’s door.

“He said he was going to cut down a tree, the tree started falling and instead of him – literally – he didn’t run where others were running, instead of running to safety he ran towards the tree and the way the tree was falls,” said Sky.

She said it didn’t make sense because her father was a seasoned landscaper who ran his own landscape gardening business for decades.

Normandy city officials aren’t saying much, except that all work is suspended indefinitely. FOX 2 asked other area communities about their tree pruning policies and found that most cities reported contracts with private companies for the removal of large trees or for rotting and damaged trees, which can be unpredictable. They mentioned “special training and needs” and “insurance protection”.

Normandy will not comment on its decision to remove public works trees that had recently been marked with red Xs.

The tree in question also fell on a parking sign, which could indicate it didn’t fall in the direction the workers wanted. The medical supplies still on the ground are in an area that would suggest Parker was not the one closest to the trunk.

FOX 2 has requested the police report which we are told is still ongoing.

“I just can’t handle it,” Sky said. “For example, he loved landscaping, so it’s crazy how something he loved ended up being his.”


Christina was keen to add her memories but said she couldn’t do it without crying.

She later wrote to us: “My father was everything to me and it hurts so much that this tragedy took my father away so early. I have lived with my father for 19 years and have learned so much from and about him over the years. My father was a hardworking man and would do his best when it came to taking care of his household, my siblings, or anything my father wanted to do that he set his mind to and get done. My dad was special and he was truly loved by all his family and friends, may he rest in peace.”

Normandy Mayor Mark Beckmann said the city would conduct an internal investigation once it got over the shock of what happened. He said they are also in the process of contacting Missouri OSHA as part of this review.

https://fox2now.com/news/fox-files/children-want-answers-after-dad-killed-by-falling-tree/ Kids want answers after dad is killed by a falling tree

Homelessness in London: According to figures, one in 58 Londoners sleeps outdoors