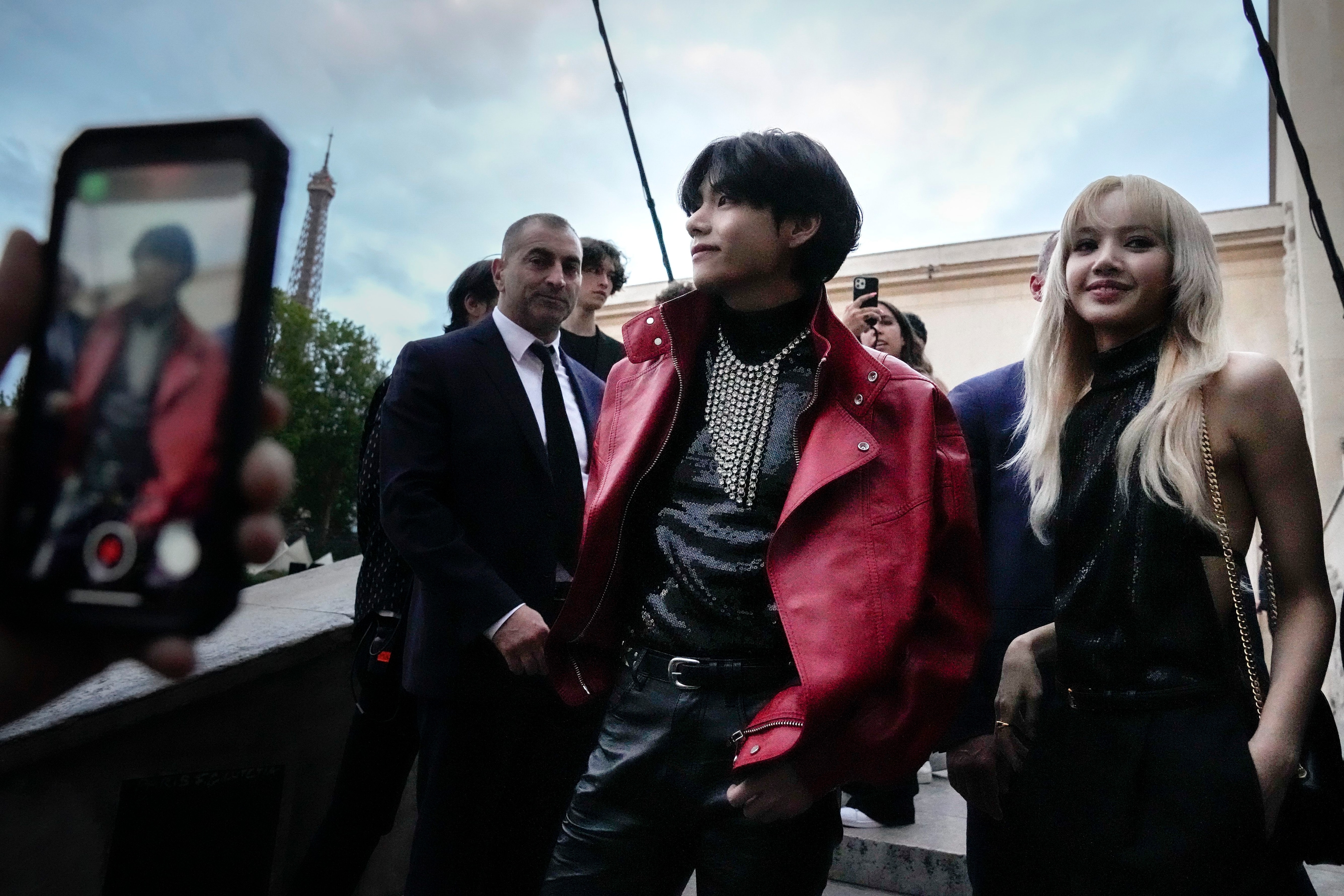 Nigo made history as the first Japanese designer since Takada’s death in 2020.

But beyond fashion, Nigo – who has embarked on high-profile collaborations with Pharrell – has a real star attraction, attracting top VIPs like Justin Timberlake and Jessica Biel again this season.

Here are some highlights from Sunday in Paris’ Spring-Summer 2023 men’s collections.

KENZO IS BACK IN THE GROOVE

Set in a college hall and with a pervasive, preppy ’70s vibe, Nigo channeled the dazzling color and cultural fusion that became synonymous with the house’s origins.

Flags with the inscription “Kenzo 1970” hung from the roof. A reference not lost for fashion students: this date was not only the year in which Takada presented his first runway show at the Vivienne Gallery in Paris, in front of his new store Jungle Jap, but also the year of Nigo’s birth.

A bright yellow patchwork waistcoat had an African vibrancy and was mixed with Breton striped scarves, nautical themes and Asian crossover styles in jackets. It created a dynamic cultural melting pot.

But it was the whimsicality and humor that defined spring-summer in this strong show – thick wool socks on canary-yellow flip-flops, crimson floral appliques and multicolored bowler hats.

Nigo, 51, is only the second Asian designer to head a European high-fashion label, alongside Bally’s Filipino-American Rhuigi Villaseñor. His appointment continues to be a milestone as the luxury industry grapples with issues of racism and diversity more broadly.

Screaming and crying fans noisily crowded ahead of Celine’s Sunday night show on either side of Paris’s Palais de Tokyo. They hadn’t come out for designer Hedi Slimane’s fashion, however, but for a look at one of the world’s most admired pop stars: Kim Taehyung, aka V of BTS, the million-selling South Korean boy band.

Inside the venue, the processes surrounding the staging of the spring-summer collection were slightly calmer. Guests drank mini “CELINE” brand champagne bottles while large abstract mirrors descended from the ceiling on strings, reflecting light in all directions to funky rock music.

Adolescent models with shaggy hair morosely stomped by in the designer’s signature style, showcasing his early ’70s styles that were shimmery and tinged with LA rock.

Winklepickers and blue skinny jeans were topped with black leather coats and fringed sunglasses – in the French-Tunisian designer’s tried and true styles. Black, slightly flared pants were used as a backdrop for statement coats and fringed jackets. One came in dazzling gold sequins.

But despite the hype, there was little new in the designer’s repertoire. For Slimane, who bought a similar aesthetic at Saint Laurent with panache, it’s a case of “if it ain’t broke, don’t fix it.”

Sobriety met moments of punk – and the “late 1990s skateboarding community” – in South Korean designer Woo Young Mi’s collection on Sunday, on display in the ornate interiors of the Musée des Arts Decoratifs in Paris.

Elegant tailoring for suits, e.g. B. A double-breasted model that opened the show with a delicate cut at the waist, contrasted with white sneakers and vests. It made for skillful play at odds.

Pants were a big topic – designed in the trendy baggy style of the 90s. They hung down the leg in a nice curved shape.

There were moments of sensuality — and humor — throughout this 42-person co-ed show, which marked two decades since the brand’s launch. A tactile and semi-transparent blue punk vest was worn by a model with greasy grungy hair, holding a chic square leather bag.

It was a performative catwalk event for suiting enthusiast Thom Browne, as VIPs including Farida Khelfa – dressed head-to-toe in the designer’s attire – arrived to take their seats after the show appeared to have started. Guests laughed at what appeared to be intentional choreography.

An oddly retro voiceover then signaled that the “real” show was about to begin – as a male model with huge, spiky punk hair, strutting in an ecru tailored suit jacket, tie and shorts.

Pastel gray tweeds followed in contrasting patterns – and with countless layers that were completely unsuitable for the spring-summer season. They were worn by a model, her face covered with a decorative anchor, carrying a dog-shaped bag and a ’35’ tag in the tradition of old-school couture that featured numbered looks.

I'm medium height and proud of my curves - trolls tell me not to wear a crop top or bikini, but I'm a goddess with a big belly