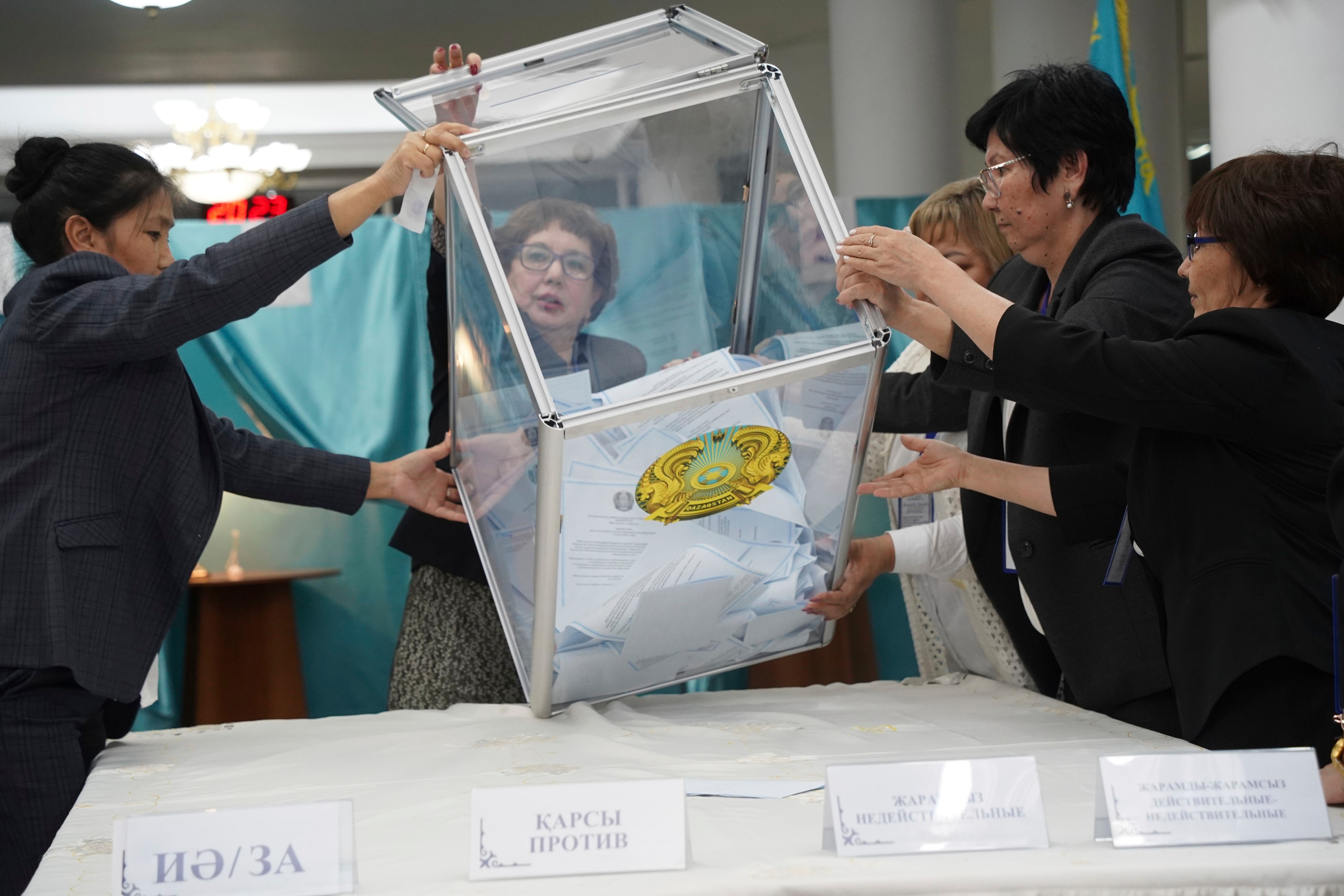 MOSCOW – Voters in the Central Asian nation of Kazakhstan have overwhelmingly approved proposed constitutional changes widely seen as an attempt to reject the legacy of former strongman Nursultan Nazarbayev, who ruled the former Soviet republic for three decades.

Kazakhstan’s Central Election Commission said on Monday that 77% of voters backed the constitutional changes in Sunday’s referendum, according to preliminary results, while just under 19% voted against and about 2.6% of ballots were found invalid. Voter turnout was 68%.

The vote was called by President Kassym-Jomart Tokayev, who has steadily strengthened his claim to power after violent demonstrations in January left more than 230 people dead. The protests were prompted by a steep rise in fuel prices, but also reflected broad public dissatisfaction with a sluggish economy and an authoritarian government.

Sunday’s referendum included specific questions about changes such as banning the death penalty and banning some civil servants from joining political parties. But it was largely about supporting Tokayev’s overall course.

Tokayev methodically moved to the sidelines of Nazarbayev, who had led Kazakhstan as communist boss and then president after the collapse of the Soviet Union in 1991. Nazarbayev resigned in 2019 but continued to hold powerful positions as leader of the country’s ruling party and National Security Council until the January riots.

Tokayev replaced him as head of the Security Council during the unrest, during which many protesters chanted “dude out” and referred to the 81-year-old former president. Later in January, Tokayev also took over the helm of the ruling party.

In March, Tokayev promised political reforms, including reducing the powers of the presidency and strengthening the parliament. He also called for reducing state involvement in the economy and trying to bridge the gap between rich and poor.