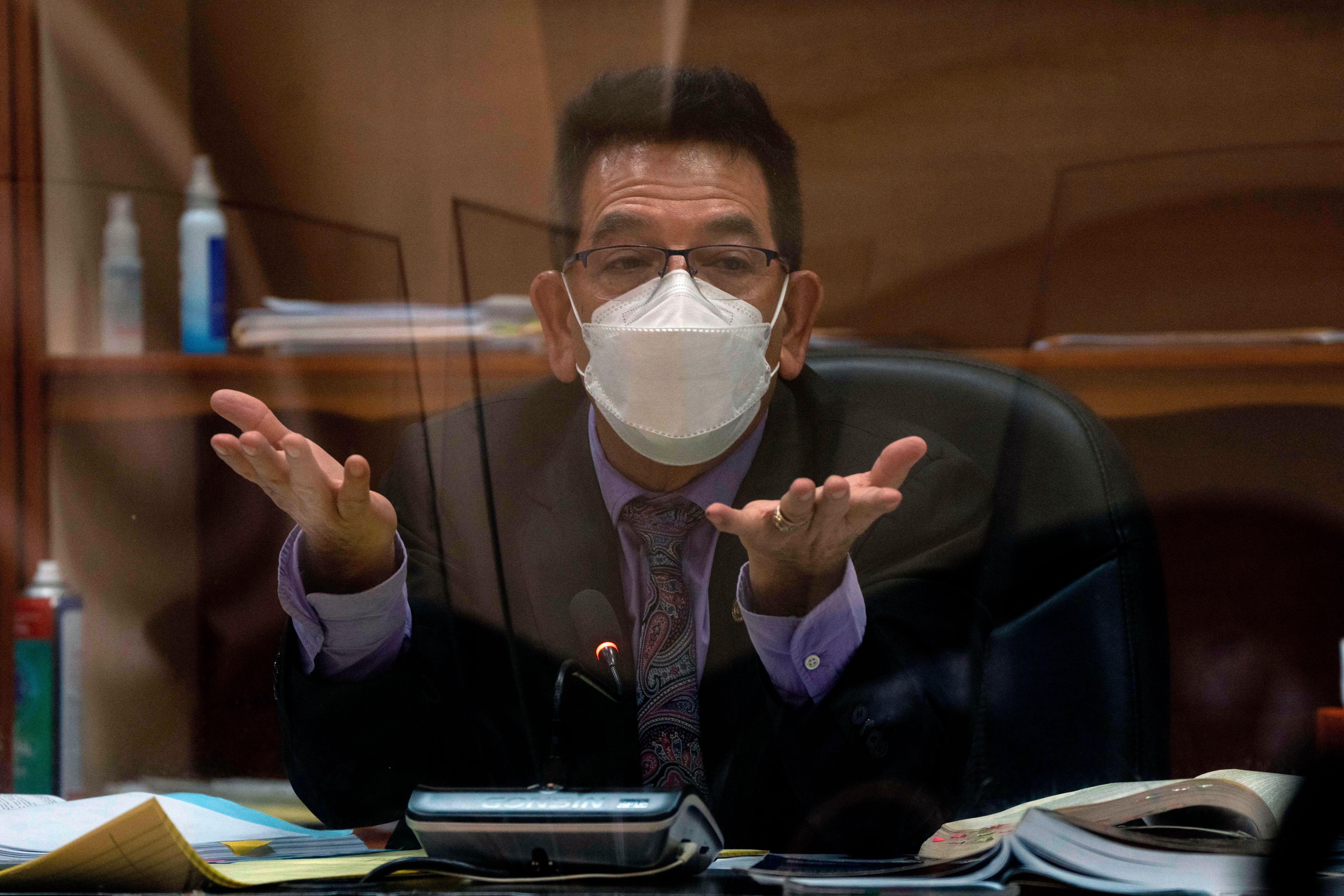 GUATEMALA CITY – A Guatemalan judge who tried nine former police and military officers last week for alleged crimes during that country’s civil war said Wednesday that death threats against him had increased since his decision was announced.

“They text me, they call me, vehicles follow; All of this is happening,” Magistrate Miguel Ángel Gálvez said.

Galvez is no stranger to high-profile cases. Once he had the former dictator Efraín Ríos Montt put on trial. “They used to threaten me, but now they even come to hearings to photograph me,” he said.

Last week’s case stemmed from a document from the Guatemalan civil war, recovered in 1999 and known as the “Military Diary.” In it, military officials logged the enforced disappearances, extrajudicial killings and torture of 183 people.

The accused men were high-ranking military and police officials who were arrested last year and implicated in the cases described in the document because of their command positions in the crimes between 1983 and 1986.

Galvez said he received at least 20 calls from a number in the United States during a hearing. When he finally answered, a voice on the other end said, “If you hang up, you’ll remember me.”

Gálvez said he suspects that the chairman of the far-right Counter-Terrorism Foundation, FCT, Ricardo Rafael Méndez Ruíz, may be behind some of the threats. Méndez Ruíz was sanctioned by the US State Department last year as an undemocratic actor for allegedly obstructing prosecutions against former military officers by harassing and intimidating investigators.

Méndez Ruíz had written on social media that “It’s Miguel Ángel Gálvez’s turn, the FCT will take care of it.” He said Gálvez would pay for serious crimes he had committed. “We will see him imprisoned or exiled,” he wrote.

On Wednesday, Méndez said he had filed a complaint against the judge.

Galvez said the Supreme Court should investigate the threats but has not yet commented.

Meanwhile, Gálvez fears the government is trying to frame him, as has been the case with other judges and prosecutors who have worked on sensitive corruption cases, which are also sometimes part of his file.

“In revenge for the decisions, they will try to lift my immunity,” Galvez said.

Juan Pappier, senior investigator for Human Rights Watch’s Americas division, said it was up to the Guatemalan authorities to prevent attacks on Galvez.

“This case follows a pattern of intimidation against independent judges and prosecutors who investigate and prosecute corruption and human rights abuses in the country,” Pappier said. “These attacks have left Guatemalan democracy hanging by a thread.”

The Guatemalan Judges for Integrity Association condemned the threats as a “direct attack on the independence of the judiciary”.

The United States and European governments have expressed concern about the deterioration of Guatemala’s justice system. A number of respected judges and prosecutors who have worked on corruption cases have fled into exile.

North Carolina: A beach house is currently falling into the sea

Opinion: Everyone seems scared of where streaming is going, but calm down and see the benefits