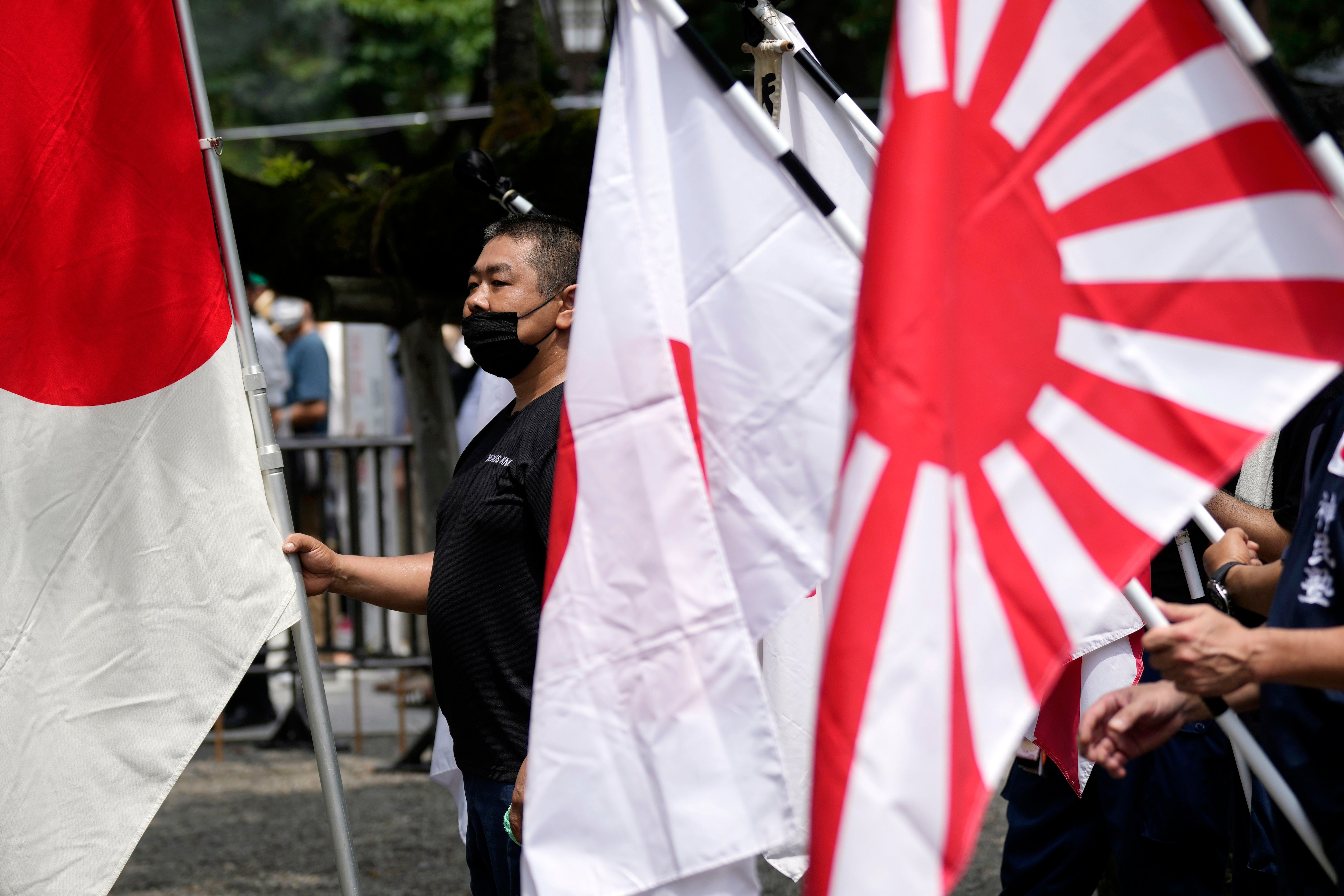 TOKYO – Japan’s Prime Minister Fumio Kishida renewed Japan’s non-war pledge at a somber ceremony Monday as his country marked the 77th anniversary of its defeat in World War II, but he made no mention of Japan’s wartime aggression.

In his first address as prime minister since taking office in October, Kishida said Japan will “remain firm in our determination never to repeat the tragedy of war.”

Kishida made no mention of Japanese aggression across Asia in the first half of the 20th century, nor of casualties in the region. The omission was a precedent set by assassinated former leader Shinzo Abe, who was urging to whitewash Japan’s wartime brutality.

Kishida focused mainly on the damage Japan suffered on its territory – the US nuclear bombing raids on Hiroshima and Nagasaki, massive firebombing raids across Japan, and the bloody ground battle on Okinawa. He said the peace and prosperity the country enjoys today is due to the suffering and sacrifice of those who died in war.

As of 2013, Abe stopped acknowledging Japan’s wartime hostilities or apologizing in his August 15 speeches, scrapping the tradition that began in 1995.

Emperor Naruhito reiterated his “deep remorse” over Japan’s acts of war in a nuanced phrase in his speech, as did his father, Emperor Emeritus Akihito, who dedicated his career to making reparations for a war waged on behalf of War Emperor Hirohito, the grandfather of the current Emperor.

Around 900 participants observed a minute’s silence during the ceremony at the Budokan Arena at noon. The crowd was reduced from around 5,000 before the pandemic, attendees were asked to wear masks and the national anthem was not sung.

While Kishida did not pray at Yasukuni Shrine on Monday, sending a religious ornament instead, three of his cabinet members visited Economic Security Minister Sanae Takaichi and Kenya Disaster Relief Minister Akiba on Monday, and Trade and Industry Minister Yasutoshi Nishimura on Saturday.

“I paid respect to the spirits of those who sacrificed their lives for national politics,” Takaichi told reporters, adding that she also prayed that there would be no more war casualties in Ukraine.

Chief Cabinet Hirokazu Matsuno defended their Yasukuni visits by saying, “In every country it is natural to show respect to those who sacrificed their lives for their nation,” but that they chose to pray as “private citizens.”

“There is no change in Japan’s policy of strengthening its ties with its neighbors China and South Korea,” Matsuno said.

Victims of Japanese action in the first half of the 20th century, particularly China and Korea, see the shrine as a symbol of Japanese militarism because it honors convicted war criminals among some 2.5 million war dead.

The visits sparked criticism from China and South Korea.

South Korea The State Department expressed “deep disappointment and regret” over Yasukuni’s visits, which it said embellished Japan’s previous invasions. The ministry urged Japanese officials to “look directly at the story” and demonstrate their “sincere” remorse through action.

Chinese Foreign Ministry spokesman Wang Wenbin on Sunday after Nishimura’s visit criticized this as “the Japanese government’s erroneous attitude towards historical issues”. Wang also urged Japan to “reflect carefully” on its wartime aggression and act responsibly to earn the trust of its Asian neighbors and the wider international community.

Meghan Markle latest news: Prince Harry's shock memoir will be the 'MOST DEVASTATING release' to hit Firm since Diana's book