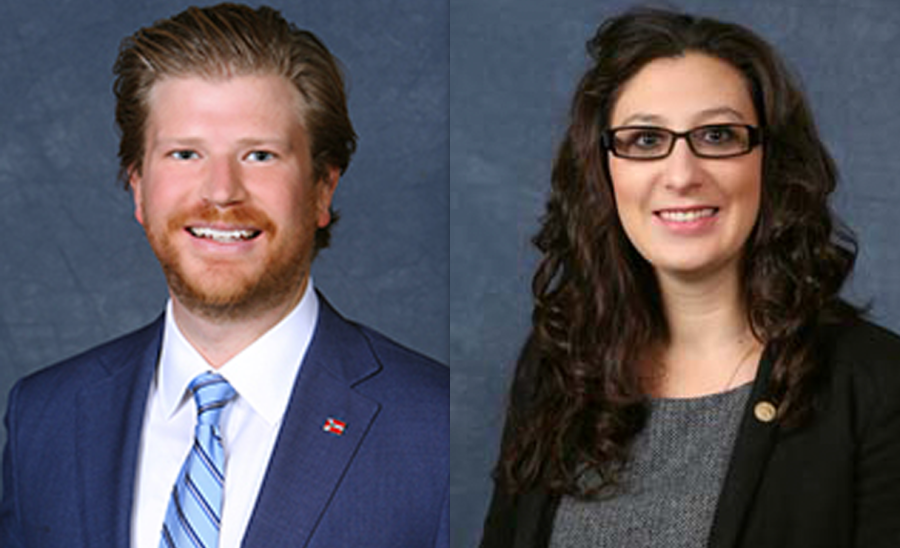 ST. LOUIS — At least two members of the St. Louis Board of Aldermen plan to run for chief executive officer in an upcoming special election.

Jack Coatar and Megan Green have announced runs for President of the St. Louis Board of Aldermen. Coatar and Green represent the seventh and 15th wards of the board.

“The CEO job is much more than a signboard,” Coatar said in a statement to FOX2. By helping steer legislation and funding in a purposeful and equitable manner, the Chief Executive is uniquely positioned to break the city’s cycle of inaction and deliver fast, tangible results for our residents.”

“I am also committed to making the Board of Aldermen what it can be,” Green said in an announcement to FOX2. “I have seen so much progress in the eight years that I have served as an Alder. I am proud of this progress – because it is progress earned through hard work by people like you. But there is still a long way to go. ”


Candidates wanting to run for the office of CEO could be nominated for a November election after a special primary in late August, September or early October. Under state law, it is too late to put the race on Missouri’s ballot for the August 2 primary.

The board is looking for a replacement for Lewis Reed after he resigned amid a corruption scandal. Earlier this month, while serving as alderman president, Reed was one of three people indicted on federal bribery and corruption charges related to pay-to-play schemes.

Jeffrey Boyd and John Collins-Muhammad have also been charged and all three have resigned from the board. Federal investigators say the former council members took cash to secure tax breaks for a business developer.


Joe Vollmer, the vice president of the board, immediately became acting president. He is serving on a temporary basis until voters elect a successor in the November 8 general election. Vollmer has not announced his intention to run for chairman of the board beyond an interim basis.

https://fox2now.com/news/missouri/jack-coatar-megan-green-announce-runs-for-stl-board-of-aldermen-president/ Jack Coatar and Megan Green announce nominations for President of the STL Board of Aldermen

Man warns of pickpocketing in West Hollywood after phone stolen

How does the White House plan to fight inflation, gas increases?