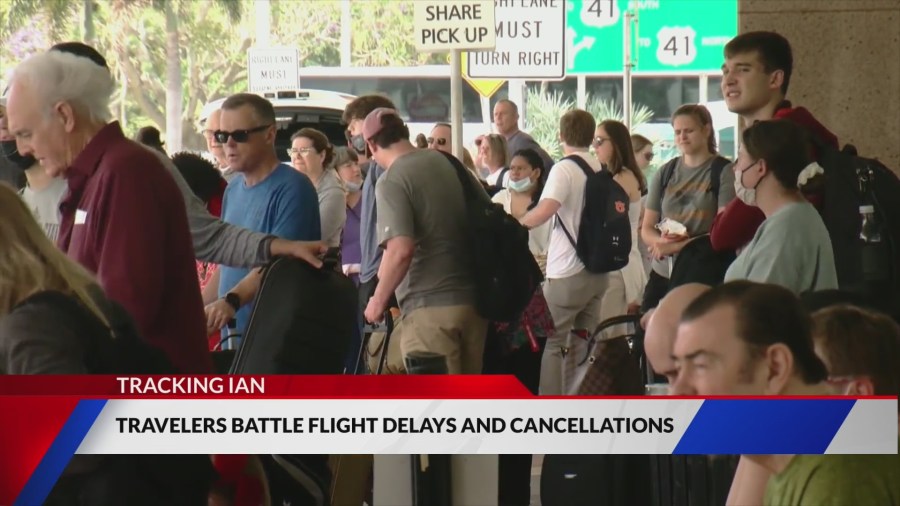 ST. LOUIS — Travelers from across the country and those arriving in St. Louis describe the challenging journey to escape the path of Hurricane Ian.

The Category 3 hurricane is expected to make landfall in Florida on Wednesday, disrupting traffic on the roads and skies, including in St. Louis.

Hurricane is expected to hit Tampa hard. Around 2.5 million people have to be evacuated in Florida. Some are stuck as the airport closed at 5pm on Tuesday

“I was hoping to get to Vegas just in time, but it doesn’t look like it’s going to happen now,” said another Tampa traveler. “The worst thing is that everything is canceled until Saturday.”

“I am really worried. I still have family there, my daughter lives in Orlando so I checked on her to make sure she was okay,” said Cesar King, Lambert traveler. “It’s going to be pretty devastating. “

Austin Townsend, a native of St. Louis, goes to law school in Miami, which he left just in time.

“It was a lot worse when I left this morning. Every time I left school we were supposed to get six to eight inches of rain down there, and now I’ve heard it’s double that,” Townsend said. “It’s kind of scary to think about, I guess it I just got lucky with my flights.”

“Just pray for us and make sure we’re okay,” said another Tampa traveler.

Lambert officials will monitor the expected wave of changes for the rest of the week. They remind travelers that flight delays and cancellations depend on the airline. It is important to continue to check with the airline for flight status and allow enough time in case of any changes.

If you would like to check the current flight status at St. Louis Lambert International Airport, click here here.