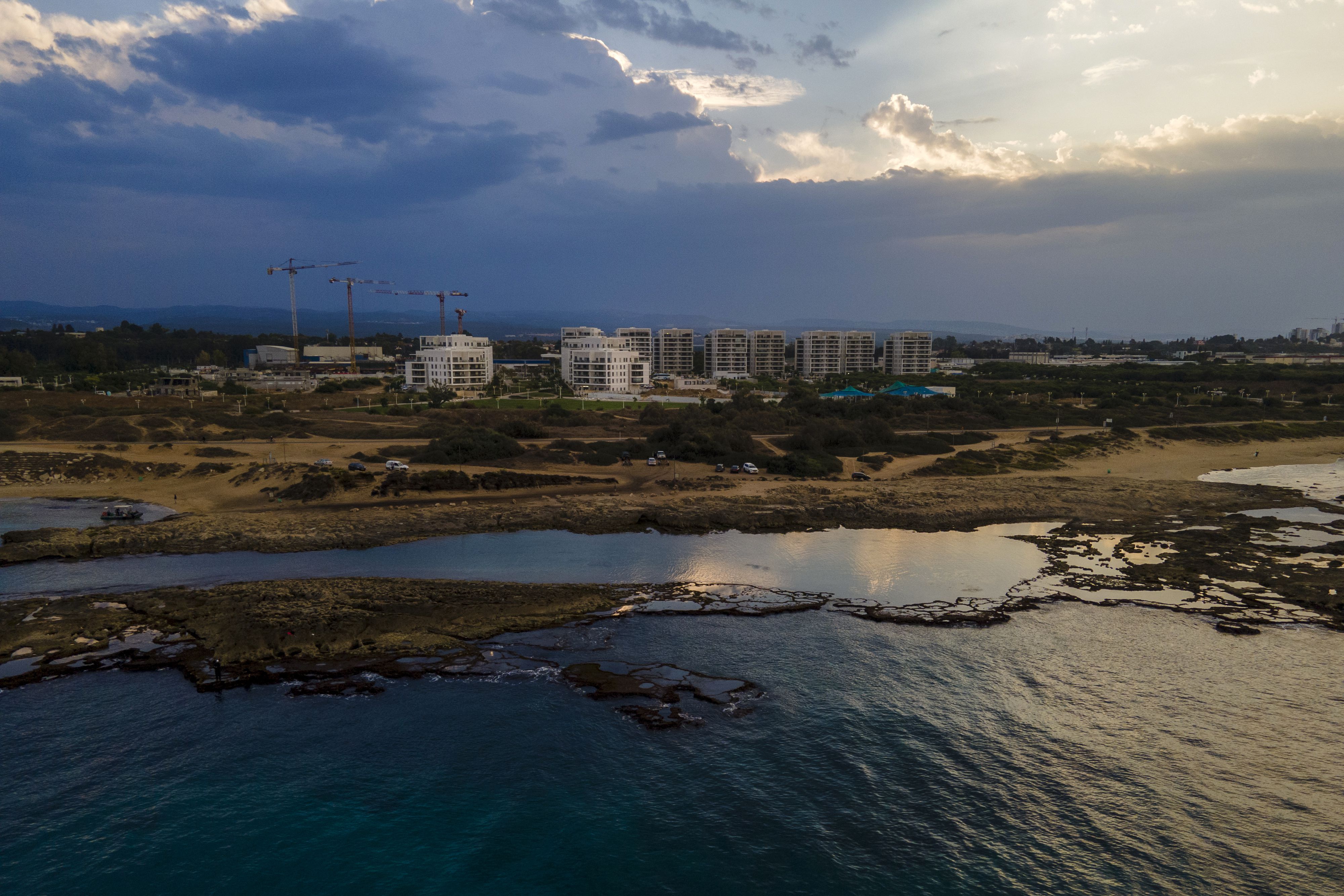 NAVAL RESERVE ROSH HANIKRA – A Mediterranean ecosystem comes to life among the cliffs and rocks of Israel’s sunken prehistoric coast.

Huge groupers thrive among the rocks, a psychedelic purple nudibranch clings to a ledge and a pair of rays glide across the undisturbed sandy bottom.

Israel is rushing ahead with a plan to protect sections of its 118-mile coastline, a measure experts say is vital to conserving biodiversity and protecting ecosystems from humankind. Rosh Hanikra, just south of the Lebanese border, is at the heart of this effort and is providing what scientists believe is a blueprint for saving seas ravaged by pollution, overfishing and climate change.

Climate change, invasive species and explosive human activity threaten what remains of the hard-hit ecosystems of the eastern Mediterranean. Scientists warn against it without protectionremaining marine ecosystems are being devastated.

But there is a glimmer of hope. In recent years, Israel has taken steps to better protect critical habitats along its Mediterranean coast, like the Rosh Hanikra Marine Protected Area, and researchers say key species have bounced back even after just a few years of protection.

“If we don’t maintain the ocean’s resilience and functionality, it will collapse,” said Ruth Yahel, a marine ecologist at the Israel Nature and Parks Authority. Conservationists say the best way to do this is to create zones where human impact is reduced.

Last month, an Associated Press team with park rangers dived beneath the waves off Rosh Hanikra, which Yahel calls “the jewel in the crown” of Israel’s marine reserves, which ban commercial fishing, drilling and sewage discharge. An underwater canyon and sloping hills – remnants of the Mediterranean coast that was submerged by the rising sea at the end of the last Ice Age – provide havens for marine life to take root.

Since 2019, Israel has increased these protected areas from about 0.3% of its coastal waters to about 4%. A further 4.5% are earmarked for protection.

While these measures fall short of the international target of 10% by 2020, and Broader global efforts to protect marine life have stalledit shows that Israel has started to take the issue more seriously.

Last year Israel signed US President Joe Biden’s 30 by 30 initiative of ” Preserve 30 percent of our land and waters by 2030.” Around 24% of Israel’s land area is now designated as protected areas, along with just over 2% of its total maritime area, including its exclusive economic zone, which extends some 200 kilometers beyond its territorial waters. This summer, the government declared a 450-square-kilometer, fishhook-shaped sanctuary harboring a deep-sea ecosystem several dozen miles off the coast of Tel Aviv, outside of its territorial waters.

These protected areas are not just lines on a map. Marine rangers patrol Israel’s Mediterranean coast, “protecting an ecosystem that we don’t want humanity to disturb,” said Eyal Miller, one of the rangers.

Tamar Zandberg, the country’s outgoing environment minister, said one of the biggest challenges is Israel’s lack of an overarching government strategy on the Mediterranean.

“This is a very delicate ecosystem that can very easily go from a solution to a problem if we don’t protect it,” she said, expressing concern that environmental issues have been politicized and that Israel’s new government may abandon them.

The Israeli government has been criticized for its inaction on climate change. Dov Khenin, head of the Israel Climate Forum, recently summed up a 2021 report by the State Monitoring Agency on Israel’s climate policies by “setting low targets and failing to meet them”. Just 8.2% of Israel’s energy was generated from renewable resources in 2021, with the majority of production coming from newly developed natural gas reserves off the Mediterranean coast, the Electricity Authority said.

The Middle East as a whole is expected to be badly affected as global temperatures rise, and the eastern Mediterranean is no exception. it is Warming faster than most other bodies of water around the globe and endangering its already badly battered ecosystems.

“We are like the canary in the coal mine for what might happen to the West and North if the climate continues to change and the waters continue to warm,” said Gil Rilov, a marine biologist at the Israel Institute for Oceanographic and Limnological Research.

Israel’s coastal waters are home to dozens of invasive species, from venomous lionfish and algae-eating rabbitfish to massive schools of jellyfish, many of which originated in tropical waters and migrated to the Mediterranean through the Suez Canal.

“It’s a complexity of conditions that the marine reserve mitigates by providing additional protection from human activity,” said Yahel of the parks authority.

Yahel and her colleagues have been conducting biennial biomass surveys since 2015 to measure how effective protected areas are. She says the zones have shown their effectiveness.

Algae, sponges and other invertebrates all thrive on the reserves, and commercial fish species like grouper have three times the biomass of those found in unprotected waters. They’re bigger, there are more of them, and as predators at the top of the food chain, it’s a sign of a healthy ecosystem, she said.

Not everyone is pleased with Israel’s growing marine reserves, particularly the dwindling number of commercial fishermen. Israel sharply tightened regulations for its fishing industry in 2016, including a ban on fishing during the spring spawning season and the use of bottom trawlers, which destroy seabed habitats.

But many fishermen see this as a further step by the government to curtail their livelihoods.

“It is forbidden to fish, but it is allowed to lay infrastructure for the gas platforms and allow oil ships and polluters to enter the marine protected areas,” said Sami Ali, spokesman for the Israel Fisherman’s Union. “There’s an inherent contradiction here.”

His organization represents Israel’s 900 commercial fishermen, including those in the village of Jisr al-Zarka, 33 kilometers south of Haifa, where a dozen small boats were bobbing offshore while a giant gas rig surfaced.

Denouncing what he called hypocrisy, Ali said the environmental damage done by fishermen is a drop in the ocean “compared to these polluting monstrosities,” pointing to the gas platform.

“The truth is that we have overfished our oceans,” Yahel said, looking out over the waves at Rosh Hanikra. “If we don’t allocate large areas to protect them, we will lose the entire wonderful marine ecosystem.”

Tom Brady has no regrets returning to football despite divorce

Queen's death: who are the oldest monarchs in the world?