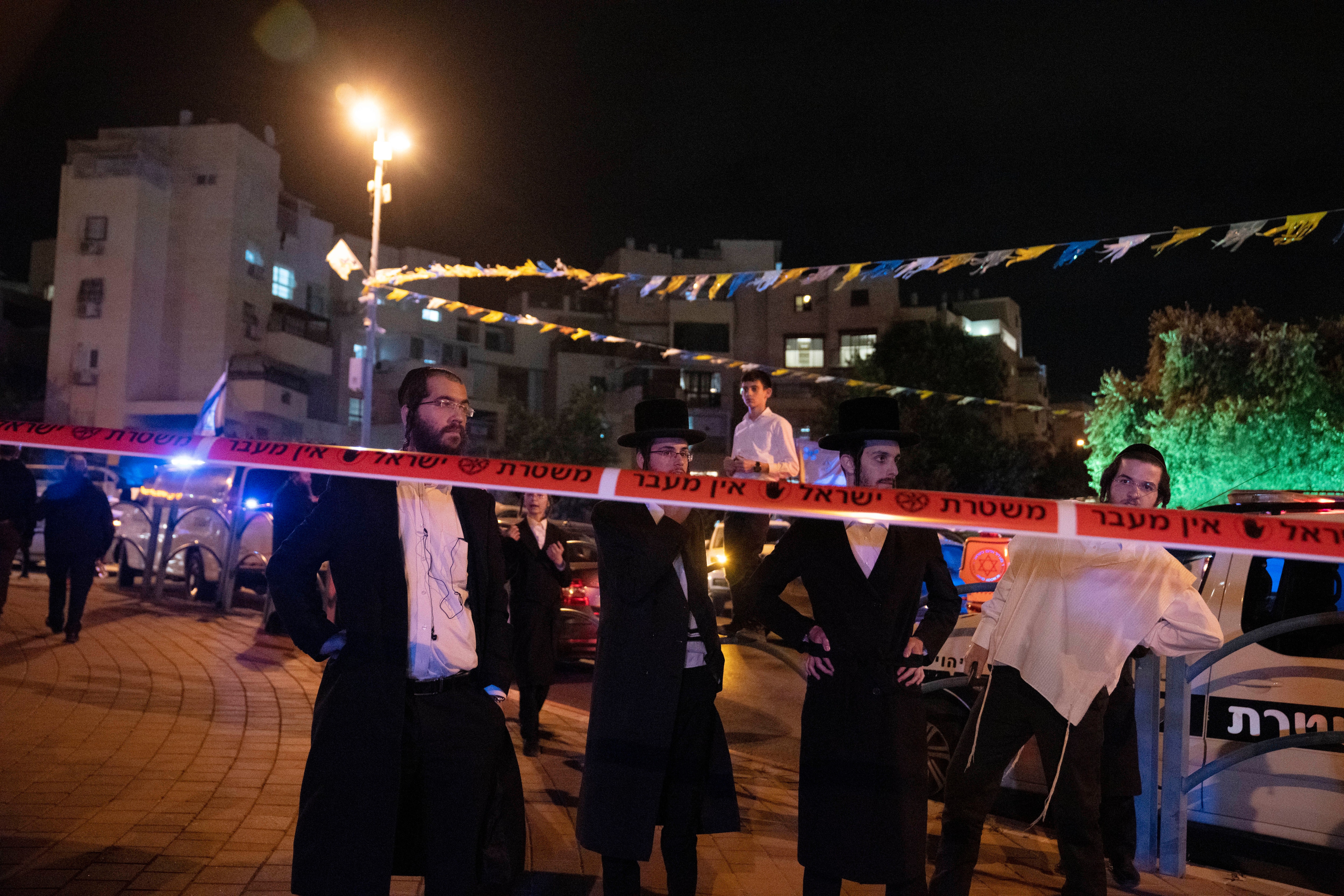 The two attackers carried out a stabbing rampage in the ultra-Orthodox city of Elad on Thursday, Israel’s Independence Day, killing three and injuring at least four others before running away.

The stabbing was the latest in a string of deadly attacks deep in the country in recent weeks. It came as Israeli-Palestinian tensions were already being exacerbated by violence at a key holy site in Jerusalem sacred to Jews and Muslims.

Prime Minister Naftali Bennett told his cabinet that the armed forces “captured terrorists deluged with incitement, who killed with axes and unimaginable cruelty”.

He said Israel is entering a “new phase in the war on terror” and said Israel is deploying a civilian National Guard to be used in emergency situations such as the attacks the country has experienced in recent weeks.

“The main goal of the Israeli government is to restore the personal security of Israeli citizens,” he said.

A joint statement by the police, military and internal security agency Shin Bet said the men, identified as 19 and 20-year-old Palestinians, were found near a quarry nearby after a search started by special forces on Thursday Elad arrested commando units with helicopters and other means.

Images in Israeli media showed masked security guards confronting the men, who appeared to be under a green bush in a rugged patch of land.

As officers searched the area for the men, police urged the public to avoid the area and urged Israelis to report any suspicious vehicles or people.

Police said the attackers were from the occupied West Bank city of Jenin, which has reemerged as a militant bastion in the latest spate of violence – the worst Israel has seen in years. Several of the attackers in the recent violence are from Jenin.

At least 18 Israelis have been killed in five attacks since March, including another knife rampage in southern Israel, two shootings in the Tel Aviv area and a shooting last weekend in a West Bank settlement.

Nearly 30 Palestinians have died in violence – most of them having carried out attacks or been involved in confrontations with Israeli forces in the West Bank. But an unarmed woman and two apparent bystanders were also among those killed, and human rights groups say Israel often uses excessive force.

The violence has been fueled by tensions in a hilltop Jerusalem site sacred to both Muslims and Jews, where Palestinians recently clashed with Israeli police.

The Al-Aqsa Mosque is the third holiest site in Islam and was built on a hill that is the holiest site for Jews, which they refer to as the Temple Mount. It lies at the emotional core of the Israeli-Palestinian conflict.

Blackpool pervert invited man to have sex with 'fit' corpse