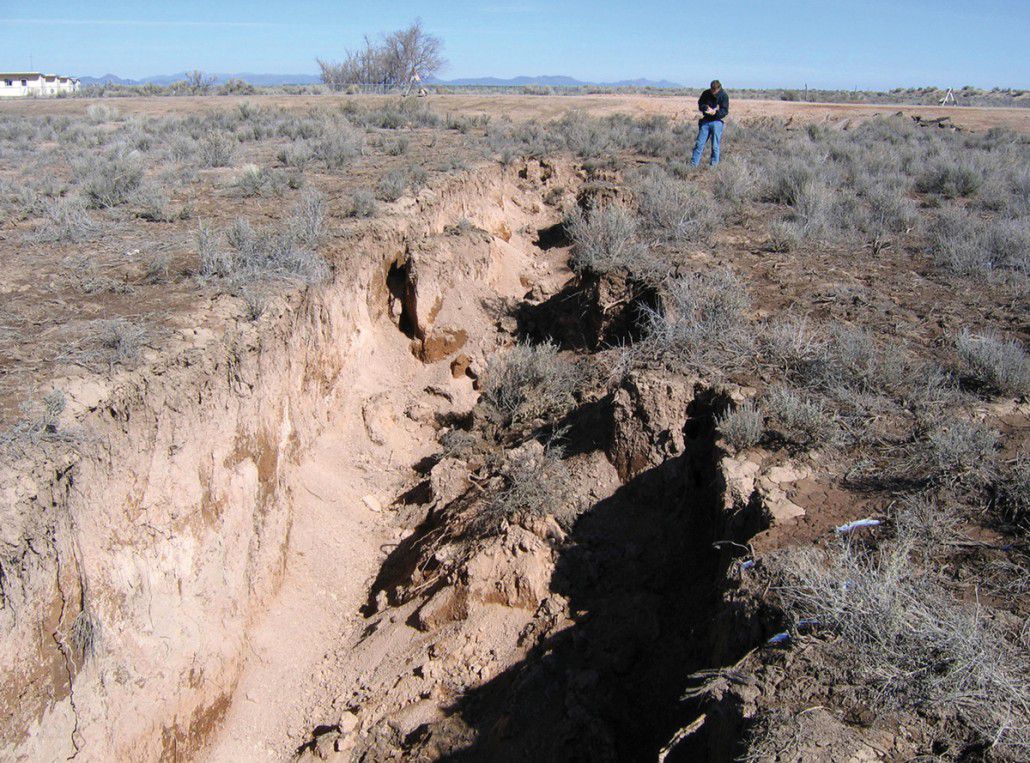 An aquifer rush appears to be unfolding in Utah’s arid southwest corner, where various plans are under consideration to summon water from deep aquifers beneath desert valleys that are already fully allocated.

The latest proposal comes from two business owners who have filed a water rights application with the Utah State Engineer for approval to derive 50,396 acre-feet per year from the Escalante Valley, which straddles the Washington-Iron County border. whose current groundwater extraction already exceeds its charge significantly.

The idea is to complement farmers operating around Beryl and Enterprise. Those water users are subject to a groundwater management plan that will gradually reduce the amount of water they can use, according to advocates LaDel Laub and Jared Holt, who filed the application on April 25 for half of a new company called Escalante Valley Partners LLC.

The application provides locations of 115 potential wells that would be drilled at depths between 1,000 and 5,500 feet. Most of the wells were in Iron County, with a few in Washington County.

But there’s just one big catch. According to Kyle Roerink of the Great Basin Water Network, it’s not known for sure if these deep aquifers even exist. And if the aquifers are there, it’s impossible to tell how much water they would provide and if it would be usable.

“As times get drier, more plans are emerging that there are new water sources that have never been tapped before. There is no science behind these applications, and it is very likely that there is no source that could meet the applicants’ needs,” said Roerink. “This is a heavily contested basin that has been decided and there is a groundwater plan in place. If we look at the existing aquifers, there is a lot of connectivity.”

This groundwater management plan, implemented by the state engineer for what is known as “Basin 71,” is part of the problem the new pumping proposal seeks to address, according to the application.

During the 1940s and 1950s, the State Engineer granted far more rights to the valley’s groundwater than its aquifers could sustainably support. When the aquifers were depleted, the ground subsided in places, according to the Utah Geological Survey. A management plan has been implemented to put groundwater abstraction on a more sustainable basis, but at a high cost to local producers who have relied on groundwater for generations.

A 2008 study concluded that the valley’s “safe yield” is 34,000 acre-feet of groundwater per year. This figure is the average amount of water that is returned to the aquifer each year. It is also far less than what has historically been withdrawn.

Meanwhile, pressure is mounting on the region’s producers after more than two decades of drought, increasing the need for groundwater. Last week, the State Engineer sent cessation letters to ranchers and farmers who own rights to the Virgin River and its tributaries. Citing the reduced flow of the creeks, the letter directs water users to stop drawing water if their priority dates are 1901 or later.

The goal of the deep groundwater abstraction proposed by Holt and Laub is to continue irrigating 12,600 acres of farmland between Beryl and Enterprise, the Escalante Valley west of Cedar City. According to the proposal, the amount of water to be used is intended to compensate for the losses that these producers are experiencing under the Basin 71 groundwater management plan.

Laub is President and CEO of Dixie Power, an independent energy company based in Beryl. He is also the former executive director of Escalante Valley Water Users, an association formed more than a decade ago to manage local farmers’ water rights.

Holt is General Counsel of Robert Holt Farms, a large agricultural producer in the region. He filed documents establishing Escalante Valley Partners LLC on April 19, less than a week before they filed the water rights application.

Holt and Laub declined to make themselves available for an interview on Monday.

However, in an emailed statement, Holt said they are following the lead of the Washington County Water Conservancy District, which recently filed an application to secure groundwater rights along the Hurricane Fault, about 30 miles east of Enterprise.

Washington County’s request has sparked widespread protests from producers and elected officials in New Harmony and Kanarraville, who fear the proposed water district redemptions would be at the expense of their communities.

Affected parties have until June 22 to file protests against Escalante Valley’s motion. The Great Basin Water Network intends to file a protest, as was the case in Washington County’s application, which is still under review by the State Engineer.

“This is just mumbo-jumbo water and follows a new trend in southern Utah to pretend there’s water where there isn’t,” Roerink said. “There’s a pattern starting to emerge here and I hope the State Engineer sees it and acts accordingly.”