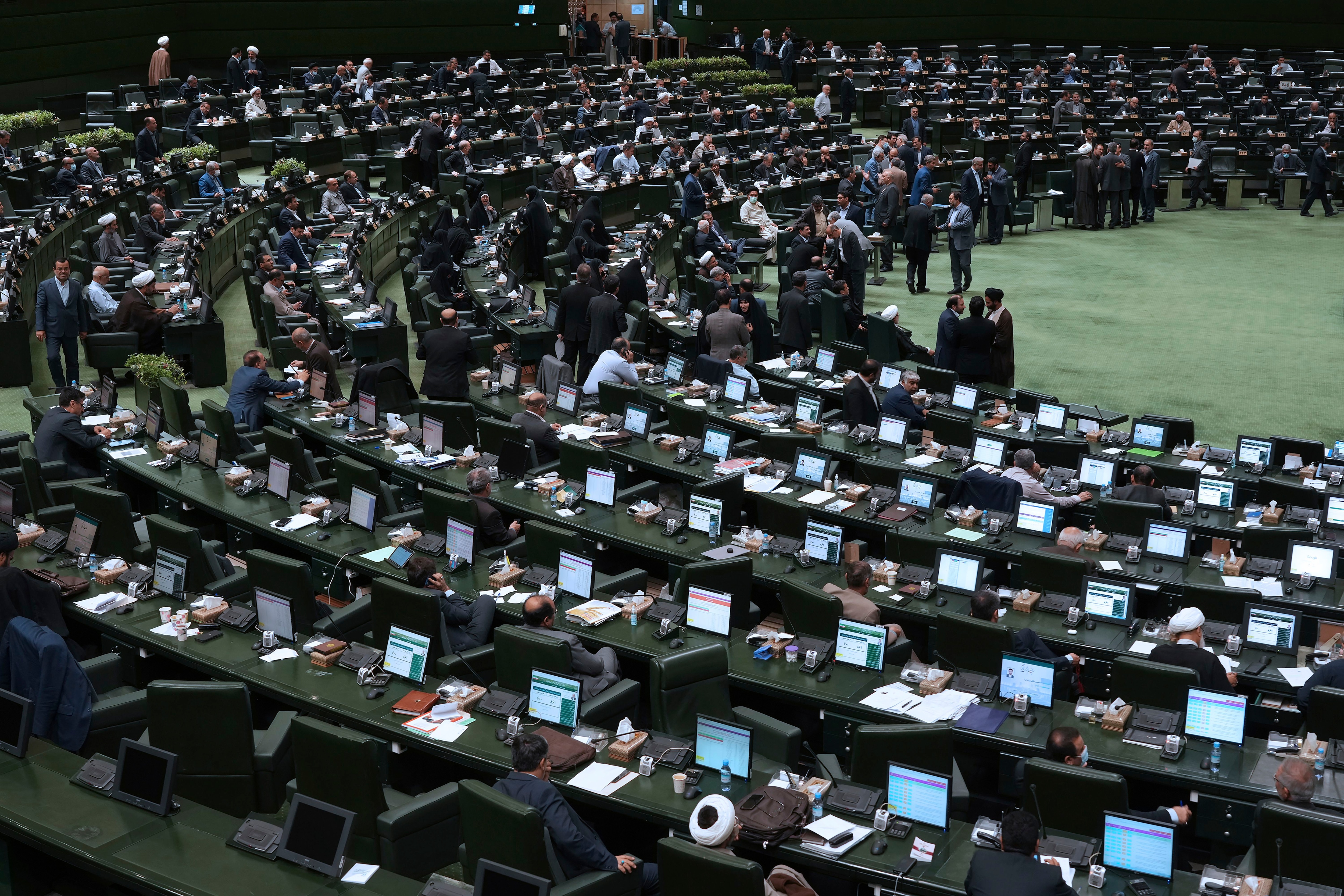 DUBAI – Iranian President Ebrahim Raisi on Tuesday called for national unity, trying to calm anger at the country’s rulers, even as the anti-government protests that have gripped the country for weeks continue to spread to universities and colleges.

Raisi acknowledged that the Islamic Republic had “weaknesses and shortcomings,” but reiterated the official line that the unrest sparked last month by the death of a 22-year-old woman in the custody of the country’s vice squad was nothing short of a conspiracy are Iran’s enemies.

“Today, the country’s determination is to work together to reduce people’s problems,” he said at a parliamentary session. “Unity and national integrity are necessities that make our enemy hopeless.”

His claims echoed those of Iran’s supreme leader Ayatollah Ali Khamenei who blamed the United States and Israel, the country’s opponents, for inciting unrest in his first comments on Monday’s nationwide protests. It’s a familiar tactic for Iran’s leaders, who have mistrusted Western influence since the 1979 Islamic Revolution and usually blame foreign enemies for domestic problems without presenting any evidence.

The protests, which broke out in response to the death of 22-year-old Mahsa Amini after her arrest for allegedly violating the Islamic Republic’s strict dress code, have engulfed dozens of cities across the country and become the most widespread challenge to Iran’s leadership in years . A series of escalating crises have unfolded and helped stoke public anger, including the country’s political repression, struggling economy and global isolation.

Iranian security forces have tried to disperse demonstrations with tear gas, metal pellets and, in some cases, live fire, rights groups say. Iranian state television reports that at least 41 people have been killed in violent clashes between protesters and police, but human rights groups say the number is much higher.

As the new academic year officially began this week, demonstrations quickly spread to the university campus, long seen as a haven in times of turmoil. Videos on social media showed students expressing solidarity with their arrested peers and calling for the end of the Islamic Republic. Due to the unrest, many universities moved classes to the internet this week.

Tehran’s prestigious Sharif University of Technology became a battleground on Sunday as security forces surrounded the campus from all sides and fired tear gas at protesters hiding in a parking lot to prevent them from leaving. The student union reported that police arrested hundreds of students, although many were later released.

In a video on Monday, students marched and chanted “Detained students must be freed!” at Tehran’s Tarbiat Modares University. In another, students streamed through Khayyam University in the conservative city of Mashhad, shouting, “Sharif University has become a prison! Evin prison has become a university!” – referring to Iran’s notorious prison in Tehran.

Protests also appeared to grip gender-segregated high schools across Iran on Monday, where groups of young girls waved their state-mandated hijabs and chanted “Woman! Life! Freedom!” in the town of Karaj west of the capital and in the Kurdish city of Sanandaj, according to widely circulated footage.

The Iranian security forces’ response has drawn widespread condemnation around the world. On Monday, President Joe Biden said his administration was “deeply concerned by reports of increasing violence against peaceful protesters in Iran, including students and women.”

Angry at Iran’s response to the demonstrations, the British Foreign Office summoned the Iranian ambassador to London.