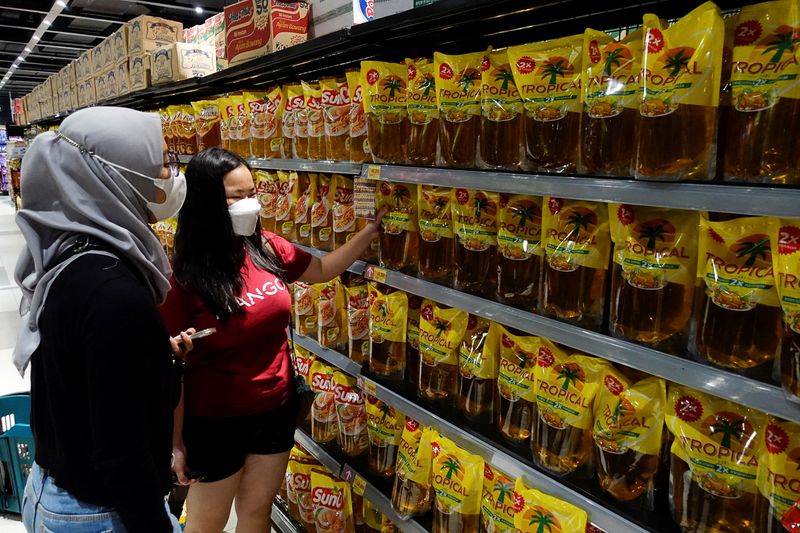 By David Lawder and Andrea Shalal

Sri Mulyani Indrawati said that with demand outstripping supply, the ban announced on Friday is “among the toughest measures” the government could take after previous measures failed to stabilize domestic prices.

“We know this will not be the best outcome,” she said in an interview on the sidelines of the International Monetary Fund and World Bank spring meetings on global supplies. “If we don’t export, it will definitely affect the other countries.”

China and India are among the major importers of palm oil from Indonesia, the world’s largest producer, accounting for more than half of the world’s supply. Palm oil is used in products ranging from cooking oils to processed foods, cosmetics and biofuels.

Indrawati said previous measures that required manufacturers to reserve inventory for their own use didn’t result in “the price levels we want. It is still too expensive for the normal household to buy these cooking oils.”

At meetings this week in Washington, policymakers have expressed concern about the growing prospect of food shortages from the war in Ukraine, a major producer of wheat, corn and sunflower oil. World Bank President David Malpass has repeatedly said that countries should avoid food hoarding, export controls and other food trade barriers.

But Indrawati, a former World Bank executive, said that as a political leader and policymaker, “you cannot stand in front of your people when you have the commodity that is needed by your people and you (supplies) just run out.” of the country.