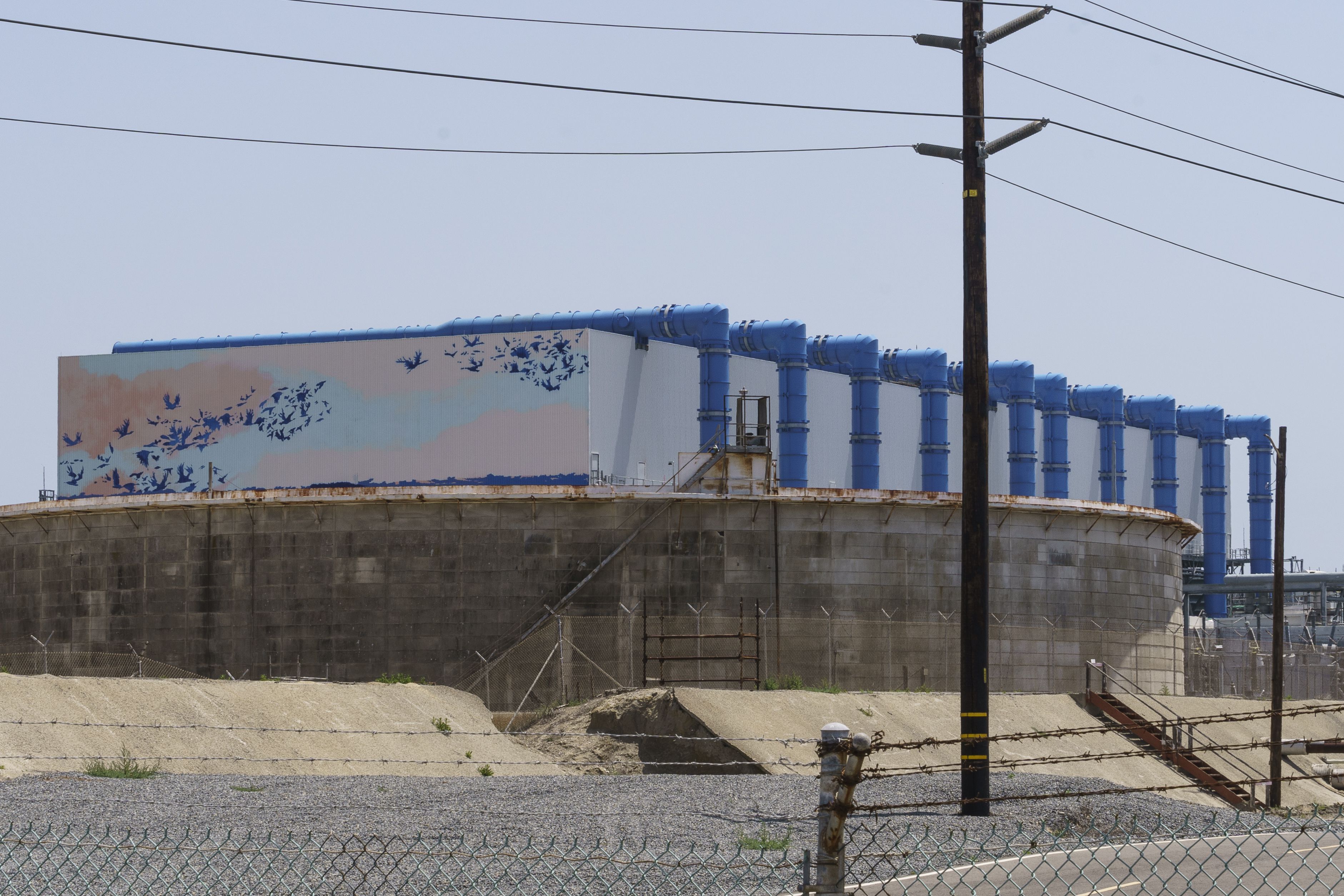 HUNTINGTON BEACH, California. – For more than two decades, California’s Orange County has debated whether to build an oceanfront facility to turn the saltwater of the Pacific Ocean into drinking water in hopes of cushioning droughts like the one now plaguing the nation’s most populous state.

Poseidon and his supporters, including Gov. Gavin Newsom, claim the Huntington Beach plant will produce 50 million gallons a day of water, which is crucial to weathering cuts in state and federal water supplies after years of drought. Newsom, a Democrat, recently told the Bay Area News Group editorial board that a rejection would be a “major setback” and “we need more tools in the damn toolbox” to fight drought.

But environmental groups and Coastal Commission officials who have reviewed the plan oppose it. They argue it will harm marine life by killing tiny organisms that form the basis of the ocean’s food web. They also say it’s prone to flooding and other hazards. And some in the water industry say the cost of desalinated water is too high and unneeded in an area with access to cheaper sources.

“The sea is not our reservoir. We don’t own the content,” said Susan Jordan, executive director of the California Coastal Protection Network and a member of the Stop Poseidon Coalition. “It belongs to the planet, but they use it as their personal piggy bank and it’s not a piggy bank. It has to be protected.”

California has spent most of the last 15 years in drought conditions. The normal rainy season, which lasts from late fall to late winter, has been particularly dry this year, causing 95% of the state to experience severe drought.

Newsom urged residents to cut consumption by 15% last summer, but water use has only dropped about 3% since then. Some areas have begun to implement generally lenient restrictions, which in most cases limit the number of days that lawns can be watered. Tighter restrictions are likely later in the year.

Much of California’s water comes from melting snow, and with snow cover well below normal, state officials have told water officials they are getting only 5% of what they requested from the state water supply, over and above what needed for critical activities like drinking and bathing.

The idea of ​​desalination has been debated for decades in Huntington Beach, a coastal community southeast of Los Angeles known as “Surf City USA” that relies on its sand and waves for tourism. These days, discussion of the project also focused on the impact of climate change on regional water supplies and sea level rise in the low-lying coastal area where the plant would be built.

Desalination takes seawater and removes salt and other elements to make it drinkable. These elements are returned to the sea, while the water can be sent directly to consumers or used to replenish an aquifer. The country’s largest seawater desalination plant is already in operation in nearby San Diego County, and there are also plants on the coast of Florida.

But the Huntington Beach project has faced numerous delays. In 2013, the Coastal Commission raised concerns that the proposed use of intake structures to rapidly draw in large volumes of water from the ocean would harm marine life. Poseidon, owned by Brookfield Infrastructure Partners, conducted additional studies and resubmitted the plan with a proposal to mitigate marine damage by restoring nearby wetlands.

Thursday’s commission hearing will be seen as “go or die” by the project’s supporters and opponents. Last month, members of the panel released a 200-page report opposing the project, arguing that it failed to comply with guidelines to protect marine life and guidelines to minimize risks from tsunamis and sea-level rise.

Orange County has a large aquifer and recycles wastewater, making the region less dependent on imported water than San Diego. The Orange County Water District, which has announced plans to purchase Poseidon’s water, manages the basin, which helps meet about 75% of the water needs in the densely populated northern and central areas of the county, home to 2.5 million people .

Poseidon claims that the district would still benefit from including a drought-proof spring, but critics argue that the area can do without it and would be better off economically and environmentally if it focused more on recycling, noting that an expansion of the district’s famous wastewater recycling program is already underway.

“It diversifies our offering as an insurance policy,” said Jessica Jones, Poseidon’s communications director. She said the benefits would extend beyond California’s coast to inland communities and other states, which could gain better access to imported water supplies once Orange County can count on desalinated water.

Water District President Steve Sheldon said he’s confident other water agencies will take an interest in the water once it’s safe. Desalinated water is now more expensive, but Sheldon said he expects the cost of imported water will also increase over time.

“The water supplies are running out,” said Sheldon. “This plant can be built in four years, and I don’t know of any other project that can be online in at least a decade.”

But Paul Cook, general manager of the Irvine Ranch Water District — one of Orange County’s water distributors — said he sees no need for the water in a county that has plentiful and diverse water sources of its own. He said he doesn’t want to buy expensive and unnecessary desalinated water for his customers, which would skyrocket household water bills.

“It could work in Abu Dhabi or Israel, but we’re not,” he said of desalination. “We have our own needs, we have our own resources.”

https://www.local10.com/news/national/2022/05/12/amid-drought-california-desalination-project-at-crossroads/ In the midst of drought, California’s desalination project stands at a crossroads

I'm newly self employed. Should I open a health savings account?