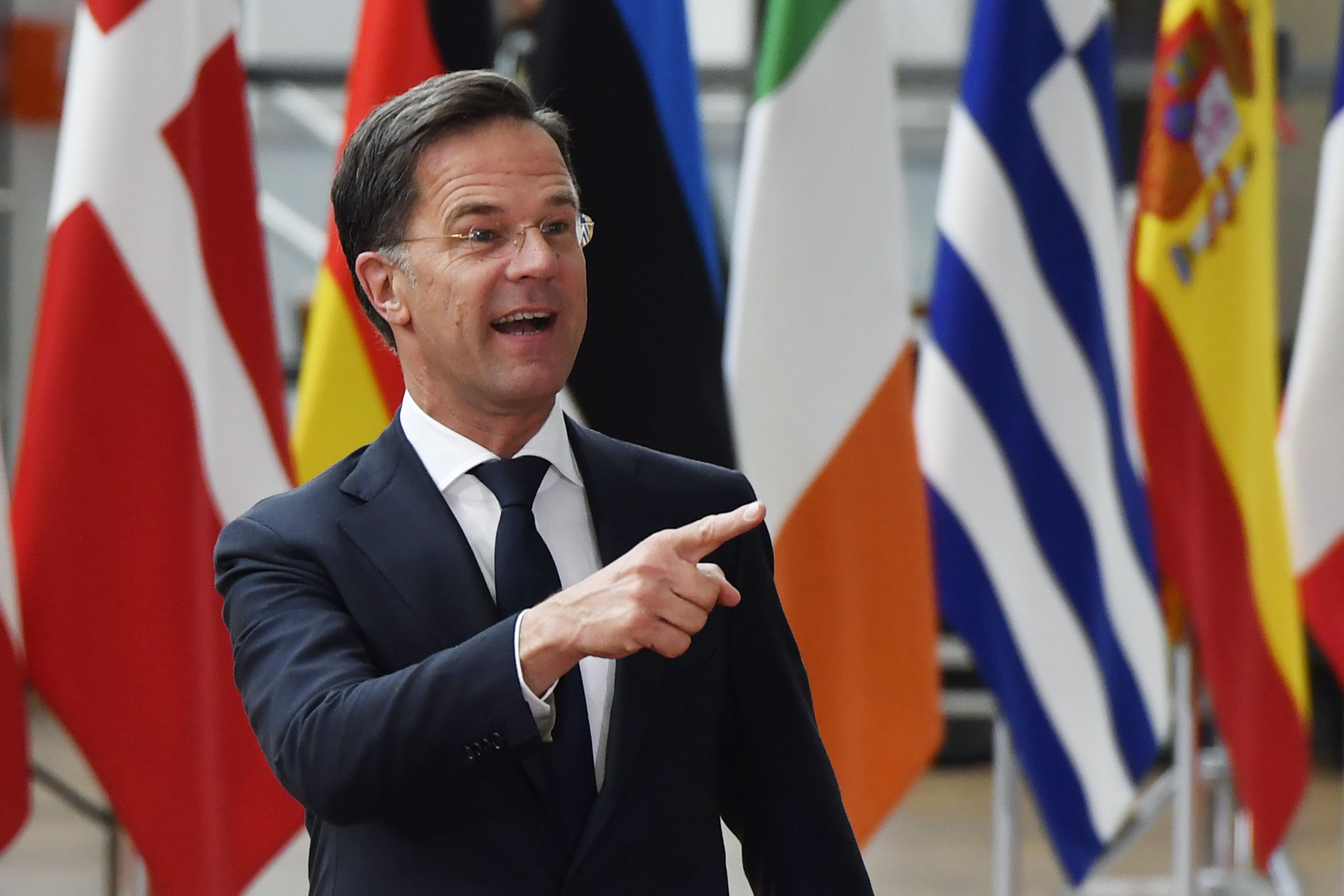 BRUSSELS – In the most significant effort yet to punish Russia for its war in Ukraine, the European Union agreed to ban the overwhelming majority of Russian oil imports after tense negotiations that tested how far the bloc is willing to go to ostracize Moscow.

From the moment Russia invaded on February 24ththe West tried to make Moscow pay for its war economically. But targeting the lucrative energy sector has been seen as a last resort in Europe and has proven most difficult, as the bloc relies on the country for 25% of its oil and 40% of its natural gas. European countries, which are even more dependent on Russia, are particularly cautious.

In a move unthinkable just a few months ago, EU leaders agreed late Monday to cut around 90% of all Russian oil imports in the next six months.

Belgian Prime Minister Alexander De Croo on Tuesday morning called the embargo a “major step forward” and Irish Prime Minister Micheal Martin hailed it as “a turning point”. But both leaders warned that Europe will need time to adjust to the impact – and further bans on Russian energy could come slowly, if at all.

The deputy chairman of Russia’s Security Council said on Tuesday that energy sanctions against the country aim to hurt ordinary Russians by making it harder for Moscow to fund social programs.

“They hate us all! The basis for these decisions is hatred of Russia, of Russians and of all its inhabitants,” wrote Dmitry Medvedev, who is also a former president and prime minister, on the messaging app Telegram.

However, Mikhail Ulyanov, Russia’s permanent representative to international organizations in Vienna, appeared to shrug off the move and said Moscow will find other buyers.

Still, analyst Simone Tagliapietra said Russia would likely have to sell its oil at a significant discount. Tagliapietra, an energy expert and researcher at the Brussels think tank Bruegel, described the embargo as “a heavy blow”.

Matteo Villa, an analyst at the ISPI think tank in Milan, agreed Russia was now about to take a pretty significant hit – but warned the move could backfire.

“The risk is that the price of oil will generally rise due to European sanctions. And if the price rises sharply, there is a risk that Russia will start earning more and Europe will lose the bet,” he said. Ideally, the EU would agree on how much Russian oil to buy each month to ensure maximum pain, Villa said, but that would require constant negotiations that aren’t realistic given how the bloc works.

Russia, too, has not shied away from holding back its energy supplies, despite the economic damage it could suffer as a result. Russian energy giant Gazprom said it halted natural gas supplies to Dutch trader GasTerra on Tuesday – a move announced before the embargo was agreed. It already turned off the taps to Bulgaria, Poland and Finland and is considering doing the same with Denmark.

GasTerra said homes would not be hit as it had purchased gas elsewhere in anticipation of a shutdown.

Talks at EU headquarters in Brussels on Tuesday were to focus on ways to end the trading bloc’s reliance on Russian energy by diversifying supplies and accelerating and removing the transition to renewable sources as far as possible rising energy costsfrom fossil fuels.

Leaders are also expected to discuss how to help Ukraine export millions of tons of grain locked in the country while a global food crisis grows.

They are also urging Russia to end its attacks on Ukraine’s transport infrastructure and lift its blockade of Black Sea ports to allow food to be shipped. Ukrainian President Volodymyr Zelenskyy said Russia prevented the export of 22 million tons of grain, much of it destined for people in the Middle East and Africa. He accused Moscow of “deliberately creating this problem”.

– According to the mayor, Russian forces have taken about half of a key city in eastern Ukraine. Analysts have portrayed the battle for Sievierodonetsk as part of a race against time for the Kremlin: the city is key to Russia’s effort to quickly complete the conquest of the eastern industrial region of the Donbass before more Western arms arrive to bolster Ukraine’s defenses strengthen.

— A court in Ukraine on Tuesday convicted two Russian soldiers of war crimes for shelling civilian buildings. It sentenced both to 11 1/2 years in prison, ending the country’s second war crimes trial since the Russian invasion.

The EU oil embargo, which is part of a new package of sanctions that will also target Russia’s largest bank and state media accused of spreading propaganda, affects crude oil and petroleum products but has an exception for oil delivered by pipeline becomes.

Hungarian Prime Minister Viktor Orban called for this exception, making it clear that he could only support the new sanctions if his country’s oil supply security was guaranteed. Hungary gets more than 60% of its oil from Russia, much of it through the Soviet-era Druzhba pipeline.

The EU estimated that around 90% of Russian oil would be banned by the end of the year. That figure includes a ban on all Russian oil shipped by sea – which accounts for two-thirds of EU imports from Russia – and a decision by Germany and Poland to stop using oil from the northern branch of the Druzhba pipeline.

The sanctions package has yet to be finalized in the coming days – and leaders said the exemption for crude oil delivered by pipeline will be reviewed “as soon as possible”, although they have not specified when.

The compromise exposed the increasing difficulty of reaching consensus among EU leaders when key national interests are at stake – and the way Hungary has emerged as a thorn in the side of the bloc.

But despite the fighting, the sanctions package — the sixth against Russia’s invasion of Ukraine — was agreed in about a month, fairly quickly for 27 countries with vastly different national interests.

Agreeing on another round of measures is likely to prove much more difficult — especially with the next item on the agenda being whether to target natural gas, which is much more difficult to get off the ground. That’s because it makes up a larger percentage of Europe’s energy mix.

https://www.local10.com/business/2022/05/31/in-major-blow-eu-bans-imports-of-most-russian-oil/ In a grand attempt to punish Moscow, the EU bans most Russian oil imports