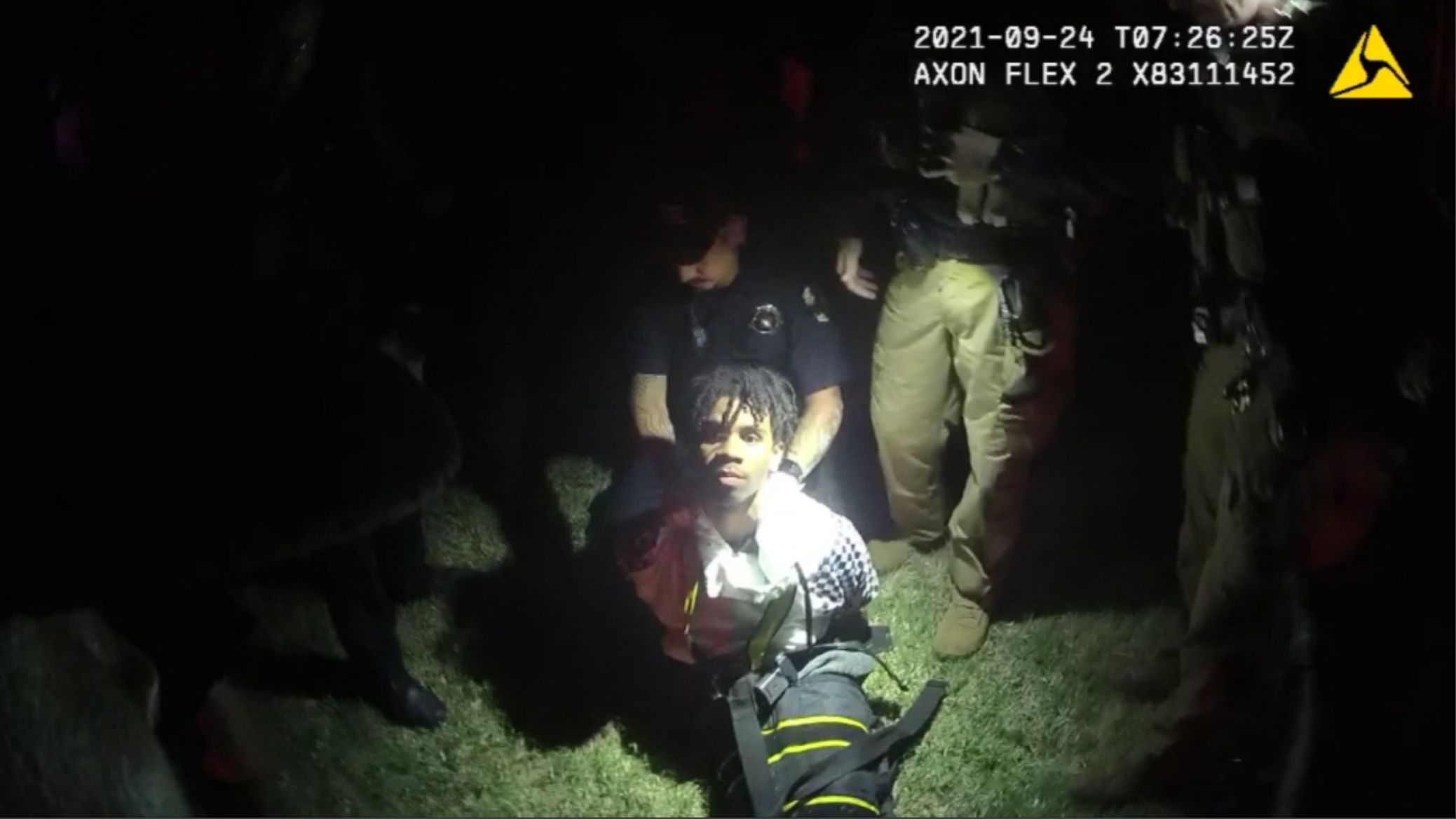 WICHITA, Kan. – The death of a black teenager at a Kansas juvenile detention center was foreshadowed five years earlier by a state inspection of the facility that found systemic flaws in its handling of children with mental health problems, according to a federal civil rights lawsuit filed Monday.

Cedric Loftons Foster father called authorities sought help in September 2021 because the 17-year-old was hallucinating and had to go to a psychiatric facility. Instead police took him by force to the Sedgwick County Juvenile Intake and Assessment Center, where he required resuscitation after being pinned face down for more than 30 minutes during an altercation. He died two days later.

His brother Marquan Teetz, acting as a representative of Lofton’s estate, sued Sedgwick County, five employees at the detention center, the City of Wichita and the unidentified police officers. According to the complaint, he’s “trying to elucidate the truth and seek some measure of justice for Cedric’s death.”

“Cedric would be alive today if Sedgwick County leaders and the Wichita Police Department followed the clear recommendations of the March 2016 report issued by the Kansas Department of Corrections,” said Andrew M. Stroth, the family’s lead attorney.

No one has been criminally charged with the death. In January, Sedgwick County District Attorney Marc Bennett declared the state’s law to “stand-your-ground.” prevents him from bringing charges in Lofton’s death due to the staff protecting themselves.

The civil complaint seeks compensatory and punitive damages in an amount to be determined by a grand jury. A press conference was scheduled for Monday at the Sedgwick County Courthouse to announce the filing. Teetz and community activists were expected to speak at the event.

The lawsuit alleges that Lofton’s death was “predicted” by that KDOC inspection. The inspection report, a copy of which The Associated Press reviewed, found systemic deficiencies at the youth facility, including its inability to treat children with mental health problems, its need for training on de-escalation techniques and risk management.

The scathing inspection also cited the facility’s need for assistance in dealing with a Wichita police department “which too often dropped juveniles at the JIAC door as a form of punishment, while refusing any obligation to transport such juveniles for mental health treatment.” , according to the court documents .

“Everything that happened in this report aligns exactly with what happened with Cedric,” Stroth said.

The lawsuit alleges that when Wichita was questioned during admission to the facility whether Lofton required medical attention police deliberately faked her reply on a form and swore that he did not need such treatment. A admissions officer saw the police officer change his response on the form when the officer learned it would trigger an obligation to transport the teenager for treatment.

“In other words, the officer prioritized his own convenience at the expense of that child’s well-being,” the lawsuit alleges. “And JIAC officials knowingly allowed it to happen.”

The lawsuit, filed in the US District Court for Kansas, charges each of the five detention center employees with using excessive force, failing to interfere with the use of deadly force by other officers, and with being willfully indifferent to Lofton’s serious medical needs.

The lawsuit also alleges excessive violence by Sedgwick County and alleges that its policies, practices, and customs permit such violence against youth. It also accuses the district of failing to train employees on the proper use of force, de-escalation techniques and how to deal with youth with mental health issues.

The complaint further alleges that Wichita police officers were willfully indifferent to Lofton’s medical needs and that the city is accused of indifference for failing to train officers on how to deal with youth and others in the throes of a mental health crisis .

Hearings on January 6 continue today, Stepien will not appear