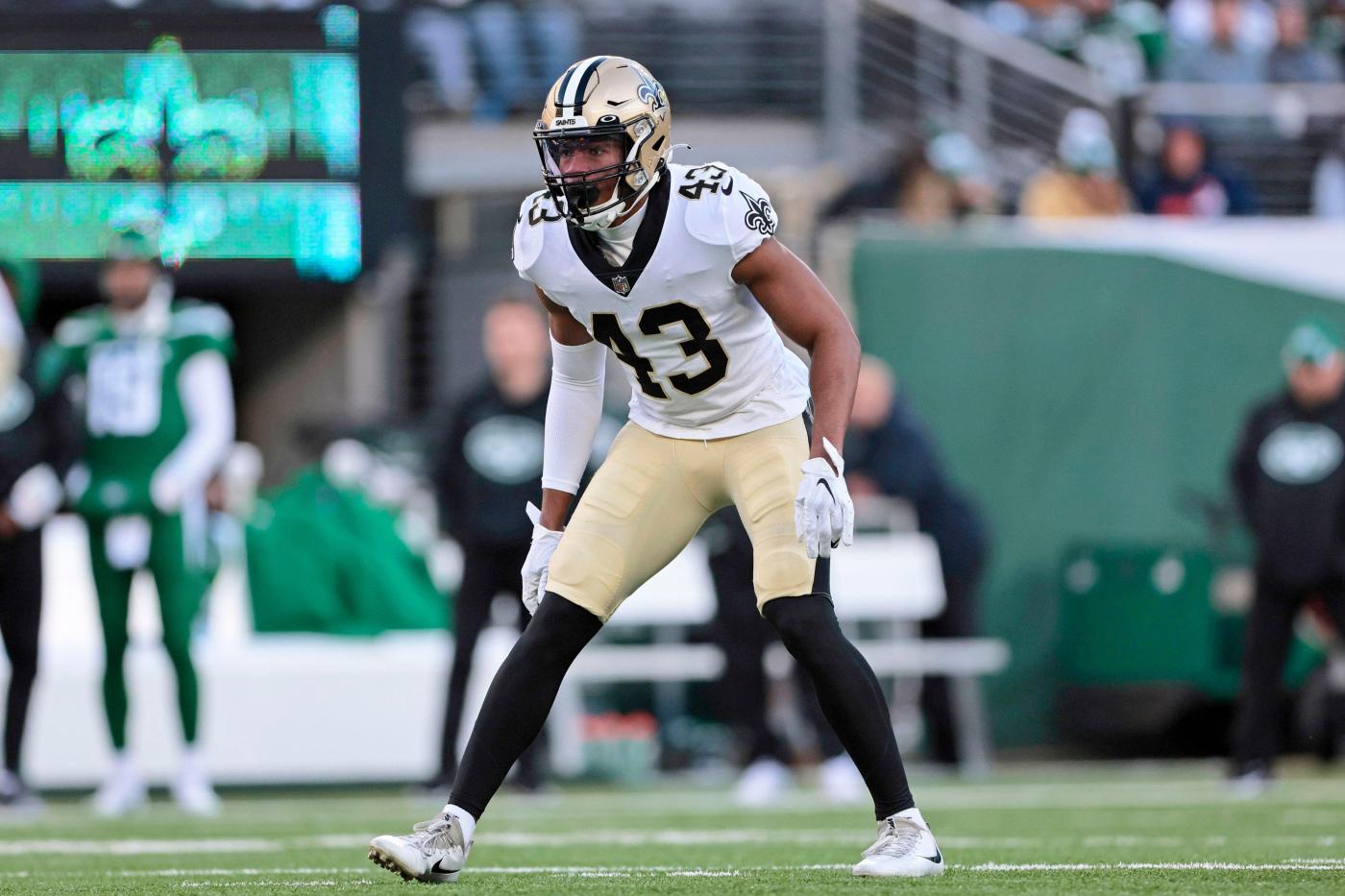 Welcome to the Ravens’ free-agency tracker, which will be updated throughout the offseason as the roster takes shape.

With the NFL’s new league year beginning March 16 at 4 p.m., teams can officially announce signings and trades. Here’s a rundown of who the Ravens have signed thus far and who’s still on the open market:

Inside linebacker Josh Bynes: Bynes has agreed to terms on a one-year-deal to return to the Ravens, according to The Athletic. The 32-year-old started 12 games last season, recording 76 tackles, two sacks and four pass breakups in his third stint with the team after being signed as an undrafted free agent in 2011. The veteran adds some stability behind 2020 first-round pick Patrick Queen and 2020 third-round pick Malik Harrison, who is cross training at outside linebacker. Veteran linebackers L.J. Fort and Otaro Alaka remain unsigned.

Defensive tackle Michael Pierce: The former Ravens starter is returning to Baltimore on a three-year deal, the team announced. The deal is worth $16.5 million, according to NFL Network. The Minnesota Vikings released Pierce earlier this week after he made just eight starts in two seasons. Pierce, 29, signed a three-year, $27 million deal with the Vikings but opted out of the 2020 season because of COVID-19 concerns and then missed nine games in 2021 with tricep and elbow injuries.

Safety Marcus Williams: The former New Orleans Saints star finalized a five-year, $70 million deal, giving a talented Ravens secondary one of the top playmakers on the open market. Williams’ contract is worth $14 million annually, the seventh most among NFL safeties, and includes $37 million guaranteed, according to ESPN.

The 6-foot-1, 195-pound Williams, 25, has been one of the NFL’s best safeties since arriving in New Orleans in 2017. Over five seasons with the Saints, he had 15 interceptions and 38 passes defended.

Offensive tackle Morgan Moses: The Ravens signed Moses to a three-year, $15 million deal, stabilizing a position of need along their offensive line. In the 6-foot-6, 318-pound Moses, the Ravens have acquired an imposing veteran who almost landed on their free-agency radar last year.

Moses, 31, has been one of the NFL’s most durable linemen since Washington drafted him out of Virginia in the third round in 2014.

Outside linebacker Za’Darius Smith: The Minnesota Vikings and Smith agreed to terms on a three-year, $42 million contract Tuesday, less than a week after a deal to rejoin the Ravens fell through.

Smith, who spent the past three seasons with the Green Bay Packers, has incentives to earn up to $47 million over the life of the deal. The Ravens’ initial deal with Smith, which fell apart Thursday, was reportedly worth $35 million over four years, with a maximum value of $50 million.

The 29-year-old Smith was a Pro Bowl pick in 2019 and 2020 with a combined 26 sacks in 32 games, but he had a major back injury last season and appeared in only one game for the NFC North champions.

With defensive end Danielle Hunter returning after a torn pectoral muscle limited him to seven games in 2021, the Vikings have a pair of proven pass-rushers to lean on in the attempt to prop up a defense that has lagged badly over the last two years. Assistant head coach Mike Pettine was Smith’s defensive coordinator with the Packers in 2019 and 2020.

Cornerback Tavon Young: Young is signing a one-year deal with the Chicago Bears, according to multiple reports. A 2016 fourth-round pick, Young was released by the Ravens in a cost-cutting move March 9. After an injury-plagued six years in Baltimore, Young entered the offseason as a potential salary cap casualty. He would’ve had a $9.3 million cap hit next season, and his release saves $6 million in cap space.

In February 2019, less than two years after Young tore the ACL in his left knee and missed the 2017 season, the Ravens signed him to a three-year, $25.8 million extension that briefly made him the NFL’s highest-paid slot cornerback. That August, the Oxon Hill native had an impressive training camp derailed by a season-ending neck injury. A year later, Young suffered another torn left ACL in a Week 2 game against the Houston Texans.

Young, 27, appeared in all 17 games last season, starting seven, but he played just over half of the Ravens’ defensive snaps. He was mostly solid in coverage, allowing a passer rating of 85.1, and had two sacks. Still, injuries kept him from recapturing the form that he flashed early in his career. A beloved teammate, he leaves Baltimore having played in 50 career games and missed 47.

Cornerback Chris Westry: Westry has signed a one-year deal with the Carolina Panthers, the team announced.

The 6-foot-4 Westry impressed in his first Ravens training camp last year and made the team’s season-opening 53-man roster. But injuries limited the third-year corner to six games (two starts) last year, and the Ravens did not offer him a restricted-free-agent tender this offseason.

Westry’s departure leaves the Ravens with just six cornerbacks on their 90-man roster: Marlon Humphrey, Marcus Peters, Iman Marshall, Robert Jackson, Kevon Seymour and Kevin Toliver. Only Humphrey and Peters, both recovering from season-ending injuries, have started more than two games over the past two years.

The 6-foot-2, 350-pound Ellis, known as “Jelly,” played in 34 games and started eight over his two-plus years in Baltimore. He had 18 tackles and one quarterback hit in 17 games last season, playing 35% of the Ravens’ defensive snaps and helping them maintain one of the NFL’s staunchest run defenses.

Ellis’ departure is the first of potentially three along the Ravens’ defensive line this offseason. Calais Campbell and Brandon Williams are also free agents.

Inside linebacker Chris Board: The Detroit Lions have agreed to terms with Board on a one-year deal, according to NFL Network. Board, 26, had 94 tackles, 2 ½ sacks and two forced fumbles in 63 games with the Ravens playing mostly on special teams.

Quarterback Josh Johnson: Johnson has signed with the Denver Broncos, he announced on Twitter. Terms of the deal were not disclosed.

Johnson, 35, signed off the New York Jets’ practice squad in December as starter Lamar Jackson recovered from an ankle injury, made a surprise start in Week 16 after backup Tyler Huntley tested positive for the coronavirus. In Johnson’s first start since 2018, he went 28-for-40 for 304 yards, two touchdowns and an interception in a blowout loss to the Cincinnati Bengals.

Denver is the 14th NFL franchise that Johnson has played for in his NFL career. He finished 2021 with 638 passing yards, five touchdowns, two interceptions and 67.1% accuracy.

Center Bradley Bozeman: Bozeman, a consistent starter along the Ravens’ offensive line who developed into one of the NFL’s better centers last season, has agreed to a one-year deal with the Panthers, Carolina announced. Terms of the deal were not announced.

Cornerback Anthony Averett: Averett has signed with the Las Vegas Raiders, according to his agency, Athletes First. The Athletic reported that it’s a one-year deal worth $4.5 million.

A 2018 fourth-round pick, Averett entered free agency coming off the best season of his career. He allowed a passer rating of just 77.5 in coverage, according to Pro Football Reference, and had three interceptions and 11 pass defenses after combining for zero and 11, respectively, over his first three seasons.

Averett missed the Ravens’ final three games with a fractured rib, but he still finished the season as one of the NFL’s most targeted cornerbacks. According to Sports Info Solutions, quarterbacks went after him 90 times last year, fifth most in the league.

Averett was limited to 30 games over his first three years in Baltimore, struggling at times as a reserve cornerback and making a limited impact on special teams. But he impressed in training camp last year, when former defensive coordinator Don “Wink” Martindale said Averett had All-Pro talent. Amid an injruy-plagued season, the 5-foot-11 Averett emerged as the team’s most reliable cornerback.

Tight end Eric Tomlinson: After 23 games in Baltimore, the 29-year-old Tomlinson reportedly agreed to a one-year deal with the Denver Broncos. Originally signed to the Ravens’ practice squad in 2020, the 6-6, 263-pound Tomlinson played 26% of the offensive snaps while receiving Pro Football Focus’ second-highest run-blocking grade among 70 qualifying tight ends.

April 4: Clubs that hired a new head coach after the end of the 2021 regular season may begin offseason workout programs.

Romeo Beckham cuddles with girlfriend Mia on a yacht in Miami