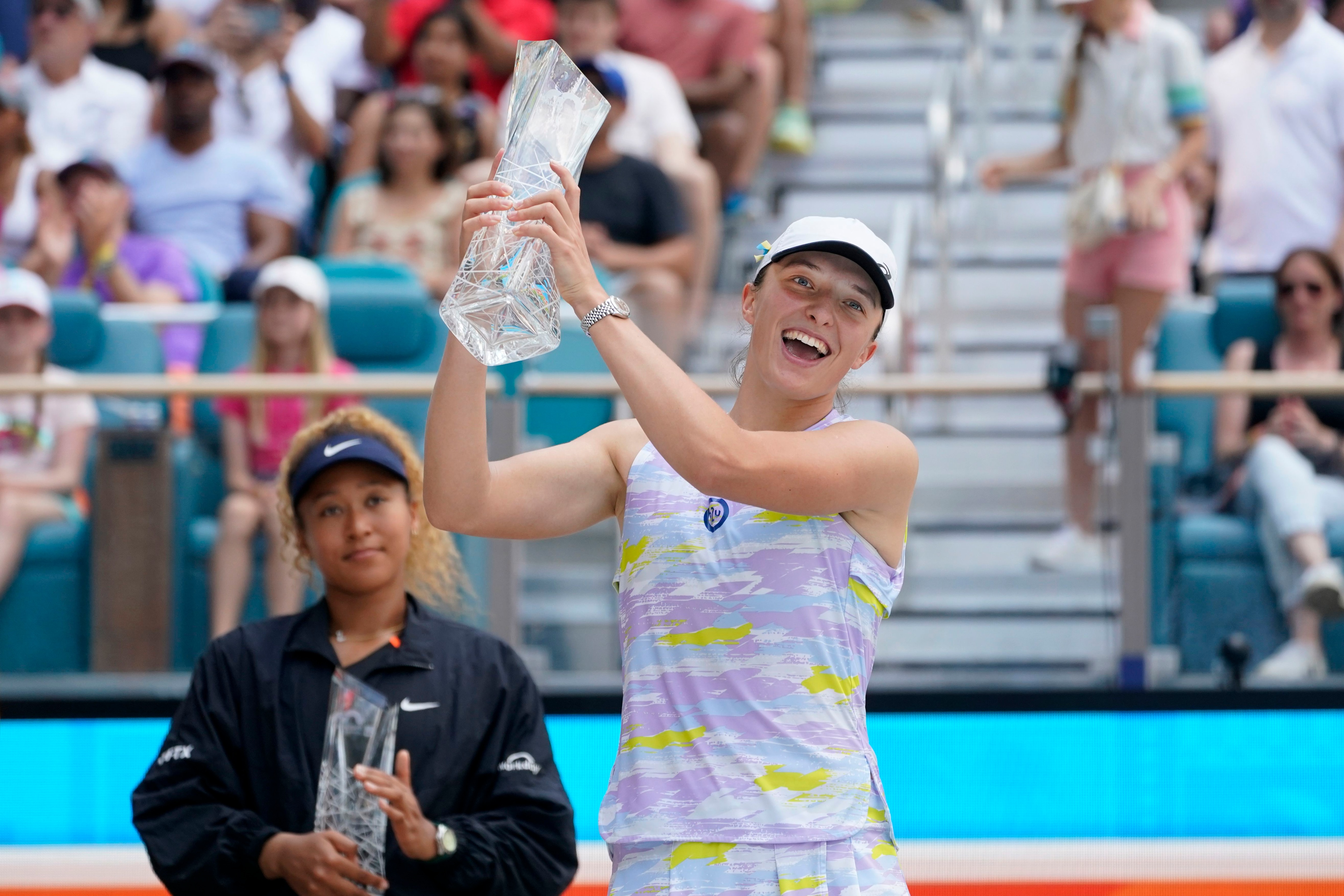 Iga Swiatek moved up one spot to the top of the WTA rankings on Monday, becoming the first tennis player from Poland to be number 1 in the sport.

Swiatek, 20, – pronounced shvee-ON-tek – takes over from Ash Barty, who announced last month that she would be retiring at the age of 25 after more than two years at No. 1.

Swiatek won the 2020 French Open and is currently on a 17-game winning streak, including the title at the Miami Open on hard court, where she beat Naomi Osaka 6-4, 6-0 in the final on Saturday. It followed Swiatek’s triumph in Indian Wells, California last month, making her only the fourth woman to complete the Sunshine Double and another trophy in Doha, Qatar in February, making her the first woman to do so that wins first three WTA 1000 events in a year.

“I had the feeling that everything was right this season,” Swiatek said in a video interview with The Associated Press.

She is the 28th woman to top the ranking.

Osaka is a former No. 1 whose run to her first tour final in more than a year allowed her to climb all the way from No. 77 to No. 35 on Monday.

The player he defeated 7-5, 6-4 last Sunday, Casper Ruud, also achieved his best finish, moving up a spot to 7th.

Novak Djokovic stayed at No. 1 despite not playing in Indian Wells or Miami because he was not vaccinated against COVID-19 and unable to travel to the United States.

Daniil Medvedev briefly held first place this year and could have returned there depending on his performance in Miami, but his loss in the quarterfinals meant he stayed in second place. He announced on Saturday that he would be sidelined for a month or two after undergoing hernia surgery.

Australian Open runner-up Danielle Collins, an American who defeated Swiatek in the semifinals at Melbourne Park, rose from 11th to 8th, her highest finish.

Jessica Pegula, who made it to the semifinals in Miami before losing to Swiatek, rose from 21st to 13th, the best finish of the American’s career.

The Jhin player gets a triple kill with his traps