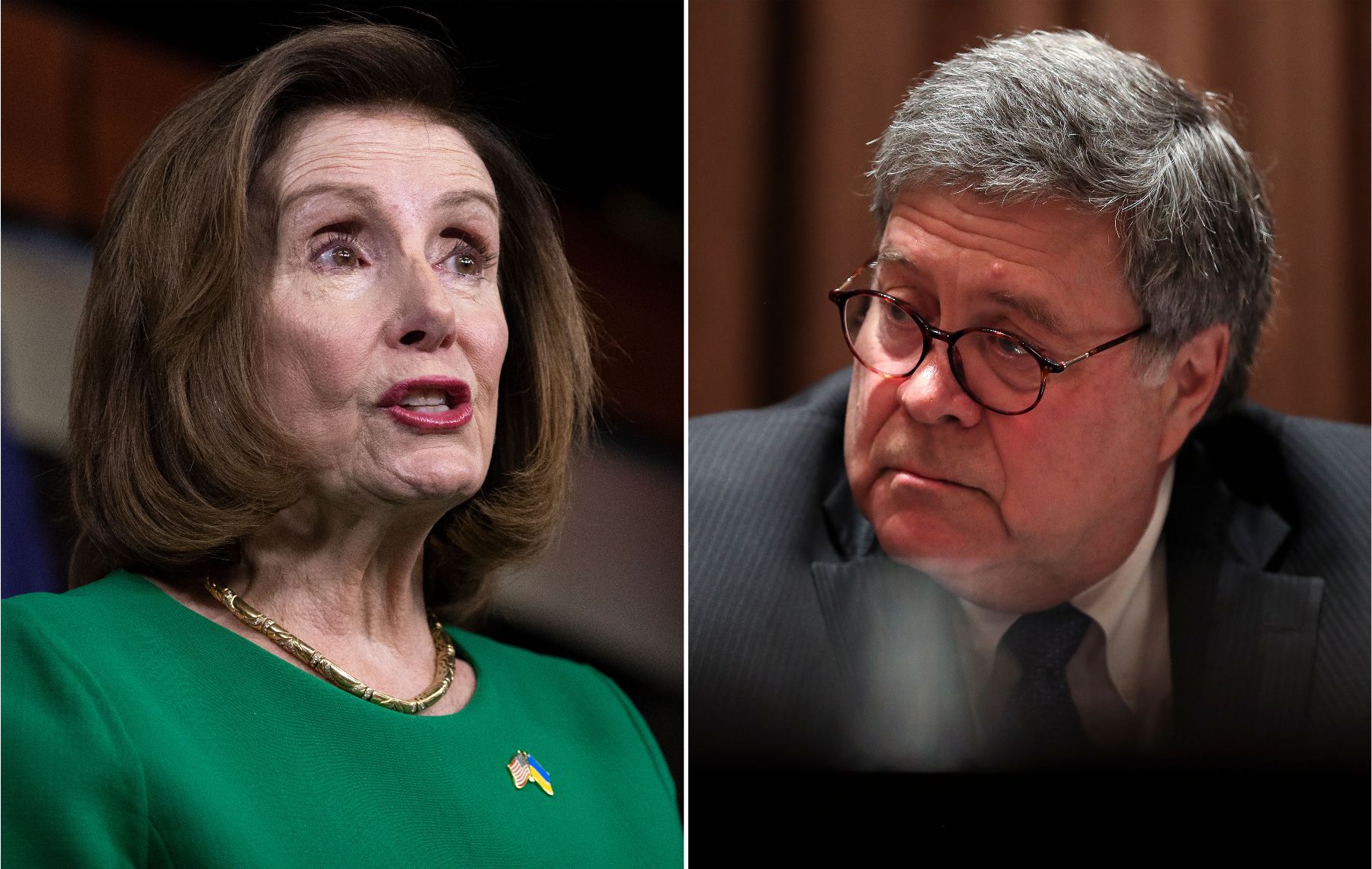 Is abortion a bigger problem than the death penalty? By punishing one politician and celebrating the other, some Catholic leaders act like mere partisans.

San Francisco Archbishop Salvatore Cordileone announced that he has banned House Speaker Nancy Pelosi from receiving Communion in his archdiocese because of her pro-abortion support. Put aside for a minute the fact that altar surveillance in a single instance is pastoral misconduct and that for the California Democrat to refuse the Eucharist will only further divide the Catholic community and squander the already severely diminished credibility of church leaders.

In addition, the play of sacrament politics reveals the hypocritical partisanship of some vocal segments of the Catholic right. When former Attorney General William Barr, a Catholic who served in Trump’s Republican administration, played a key role in reviving the federal death penalty in 2019, there were no calls to deny him communion. The Catholic Church teaches that executions are always morally unacceptable, with the Catechism calling the death penalty “an attack on the sanctity and dignity of the person”.

In short, for the Church, the state-sanctioned killing of someone on death row is a “pro-life” matter.

But instead of calling for the then-Attorney General to be denied communion, Barr was honored with an award for his service to the church from the National Catholic Prayer Breakfast, an event in Washington where then-President Donald Trump spoke. Texas Gov. Greg Abbott, a Catholic, also promotes his pro-life values ​​while heading one of the world’s busiest death rows without fear of being denied Communion.

I am not advocating that politicians whose agenda clashes with Catholic teaching be barred from the grace of the Eucharist, a sacrament the Church teaches as “the source and summit of the Christian life.” It is wrong to use the Eucharist in political struggles, whether directed at pro-choice advocates or pro-death penalty advocates.

But it is hypocritical for bishops to selectively administer punishments, particularly by withholding what we Catholics believe to be the actual body of Christ. This hypocrisy undermines the integrity of the church and sends out the message that the hierarchy is a mere political interest group.

In a letter to churchgoers in San Francisco, Cordileone said he was only protecting Pelosi from “the danger to her own soul,” while insisting her public actions had caused a “scandal” among believers. The real scandal is the damage the archbishop is doing to the church and to those who find spiritual sustenance in a holy sacrament, by duplicating a culture war strategy that his own pope has called dangerous.

The archbishop’s decision shows a brazen disregard by Pope Francis and other Vatican officials, who have warned US bishops against using a holy sacrament as a weapon.

“I’ve never refused communion to anyone,” Francis told reporters in September. He urged bishops to be “pastors” and warned: “If we look at the history of the church, we will see that every time the bishops have not dealt with an issue as pastors, they have taken political sides to have.”

Francis, who opposes abortion but prioritizes dialogue, met with Pelosi at the Vatican last October. A few weeks later, the pope met with President Joe Biden, who also defended abortion rights. Both meetings sent a strong signal to the relatively small but vocal chorus of conservative US bishops who want to deny Communion to Catholic pro-choice elected officials.

In case the message wasn’t clear enough, Cardinal Luis Ladaria, the Vatican’s top doctrinaire, wrote a letter last May to the President of the US Bishops’ Conference, Los Angeles Archbishop Jose Gomez, warning that it ” would be misleading” to do so Impression that abortion is the only serious moral issue for the church.

Rather than publicly shaming Pelosi and further dividing the church at a time of intense national polarization, Cordileone could play a pastoral role if he worked to bring people together to engage in dialogue with the majority of Catholics who support abortion rights and to follow the example of Pope Francis by searching for common ground.

(John Gehring is Catholic Program Director at Faith in Public Life and author of The Francis Effect: A Radical Pope’s Challenge to the American Catholic Church. The views expressed in this commentary do not necessarily reflect those of the Religion News Service.)

https://www.sltrib.com/religion/2022/05/25/commentary-if-nancy/ If Nancy Pelosi is denied communion, why not William Barr?

The Davos Paradox: Crypto industry parties in the Mecca of globalization