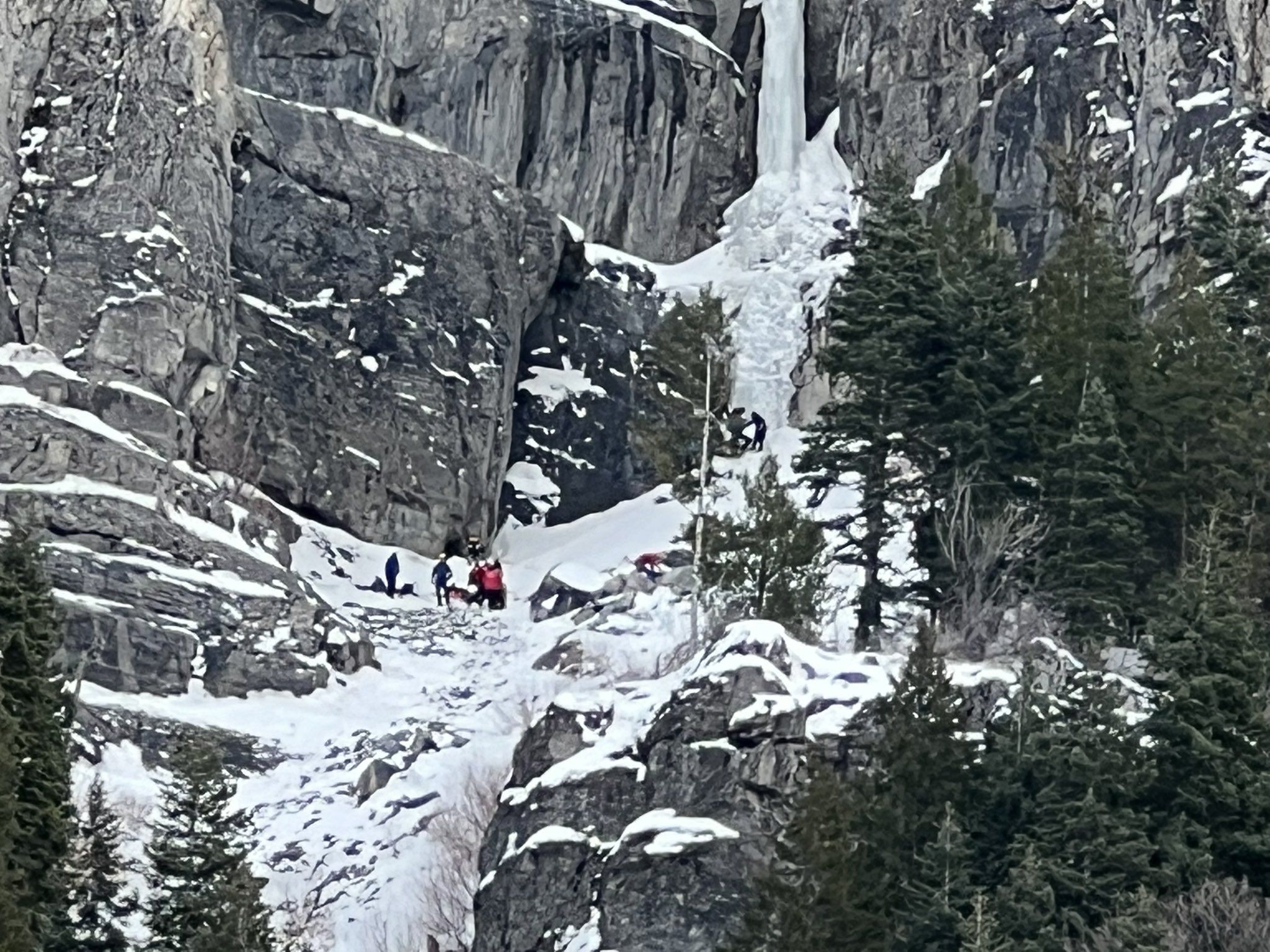 The man’s anchor system prevented him from falling further.

(Utah County Sheriff’s Office) Rescuers assist a man after he fell about 40 feet while ice climbing near Bridal Veil Falls on Monday, December 26, 2022.

A 29-year-old man is expected to make a full recovery after falling about 40 feet while ice climbing in Provo Canyon on Monday.

“They were lucky it didn’t turn out worse,” said Sgt. Spencer Cannon with the Utah County Sheriff’s Office.

Authorities were notified at 11:09 a.m. Monday that the ice climber had crashed near Bridal Veil Falls. Cannon said a foot gave out and caused the fall, but thankfully the man’s anchor system prevented him from falling further than 40 feet.

He suffered a broken arm, a back injury and most likely a minor head injury, Cannon said.

A Utah Department of Public Safety helicopter helped get the man safely down the mountain in a little under three hours, Cannon said. He was then taken to Utah Valley Hospital for treatment.

The man was well prepared and experienced, Cannon said. No further details about his condition were known as of Tuesday afternoon.