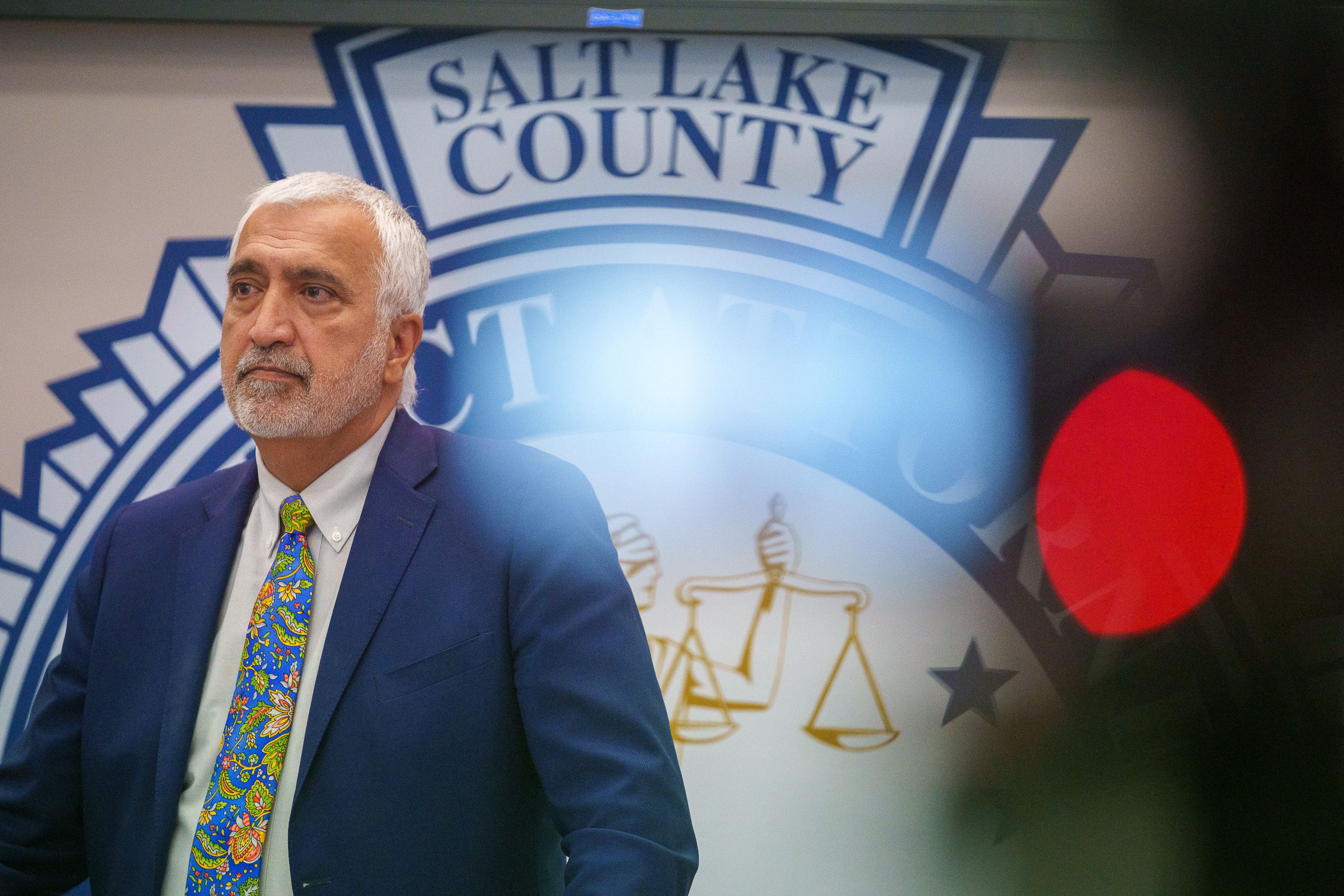 No one was injured in the police shooting.

Salt Lake County District Attorney Sim Gill announced in a letter Friday that two members of a US Marshals Service team were authorized to fire their guns during a May 2021 shootout involving two fugitives in Salt Lake City.

The shooting resulted in no injuries, but both fugitives – identified as Valerie Humphrey and Epifanio Anthony Welch – have since pleaded guilty in connection with the encounter.

The two agents named in the letter were part of US Marshal Violent Fugitive Apprehension’s strike team. On the evening of May 20, 2021, the team attempted to take into custody the two armed fugitives from a basement in Salt Lake City.

Humphrey and Welch failed to comply with the letter, so the team fired a beanbag and non-lethal pepperball into the residence’s bedroom.

Shots were then fired from the window at officers, officials said, so two members of the team – U.S. Immigration and Customs Officer Nathan Young and Herriman Police Officer Marcus Beckstead – returned fire.

The two fugitives eventually surrendered without further incident or injury, the letter said.

In accordance with protocol for critical incidents involving officers, the West Valley City Police Department investigated the shooting. Officials interviewed witnesses and reviewed body camera footage, but Young and Beckstead “refused to be interviewed or provide a statement regarding the incident and their apparent decisions to use deadly force,” the letter said.

Gill’s office concluded in the letter that Young and Beckstead reasonably believed that deadly force was necessary to prevent death or injury to themselves and others and declined to press charges against the officers.

Applicant says job showed video of him stealing during interview