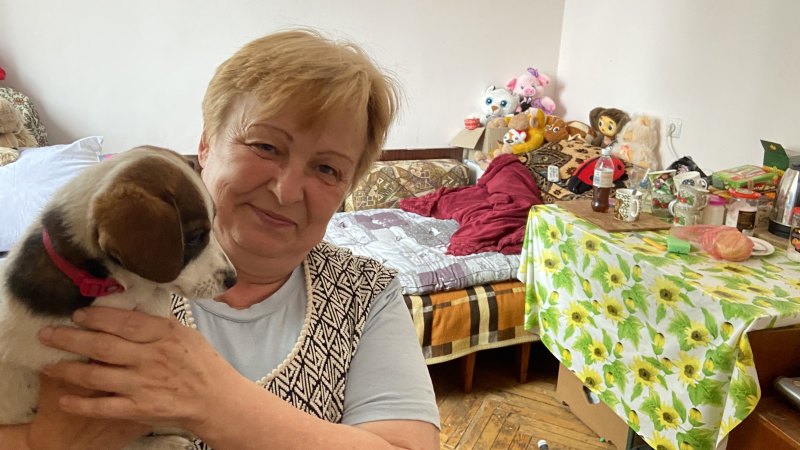 That’s because even if the war goes on, Ukrainians are doing extraordinary work to rebuild.

Almost one in three Ukrainians has been expelled from their homeland since February 24, says the United Nations High Commissioner for Refugees. Out of a population of 44 million, about 8 million have fled to other countries in Europe. But there are 6.5 million people who have stayed in their country as internally displaced persons, relying on the kindness of strangers.

“The situation in the country continues to deteriorate,” the UN agency said in its latest update. The need for accommodation for internally displaced persons will therefore increase. “A wave of rocket attacks on energy infrastructure has led to widespread power outages and disruption to heating and water supplies across Ukraine. This situation will be exacerbated by the onset of severe winter conditions and falling temperatures.”

The housing project in Irpin was managed by the Rotary Club of Kyiv, whose members gave up their usual work for the renovation.

Elena Kotovska, a bank manager in Kyiv, went to Irpin every day to oversee the sanatorium and other projects like a “model city” of collapsible buildings the size of shipping containers. Dmytro Chornyi was head of a film company before the war and became another manager at the Irpin sites. He estimated that the project was home to 700 people in June; the ambition has always been to help many more.

One of their goals was to restore a children’s summer camp that was selected for repair by the local government. As we walked through the camp’s main building, named after Russian cosmonaut Yuri Gagarin, it was adorned with faded drawings of children who had lived there years ago.

The windows were shattered by gunfire as Russian soldiers came through the surrounding forest in the first weeks of the war. The wall collapsed on the side of the building that was most heavily attacked. The children’s camp had no strategic value, but the Russian troops shot at it anyway. Chornyi stopped to point out the splintered wood of a bullet-hit wardrobe.

Aid has flowed to Ukraine over the past 10 months. Devex, a news organization that reports on aid and development, has recorded pledges of more than $100 billion to Ukraine since the invasion began on February 24. But it is said that only a small percentage of this was humanitarian aid.

While there are big pledges from global aid organizations – World Central Kitchen has been the most active group I’ve seen – the Irpin home is a good example of how local volunteers grow from a small start to a sizeable project.

That’s why the Parliamentary Press Gallery in Canberra donated $100,000 to the project this year from the proceeds of the Midwinter Ball – an annual event the gallery hosts at Parliament House to raise funds for charity. (Yes, it turns out journalists are good for something.)

The Ukraine Crisis Appeal, a charity established by the Australian Federation of Ukrainian Organizations, has so far donated more than $700,000 to the Irpin project. Most of the money comes from ordinary Australians, not big corporations. Darka Senko, the chair of the appeal, sounds amazed at the generosity when she tells me about the donations.

But she shouldn’t be surprised. Ukraine’s exhaustion is real and some people are losing interest in the war, but Australians are usually ready to help those in need. In the last month or so alone, money from Australia has helped ship 100,000 packets of dried food, dozens of pallets of fire and emergency equipment and some expensive orthopedic equipment to treat serious wounds.

help works. And aid to Ukraine has never been more needed. People fleeing the war now have shelter in Irpin thanks to the dedication of their fellow Ukrainians and the help of Australians.

This should be remembered at the beginning of the new year. When summer arrives in Australia, think of those traveling in Ukraine’s dark winter.

https://www.smh.com.au/politics/federal/i-saw-ukraine-up-close-we-mustn-t-look-away-20221214-p5c6c4.html?ref=rss&utm_medium=rss&utm_source=rss_politics_federal I saw Ukraine up close. We mustn’t look away

Paul Yore's insane Word Made Flesh is moving into Carriageworks

Is the inflationary storm really abating?