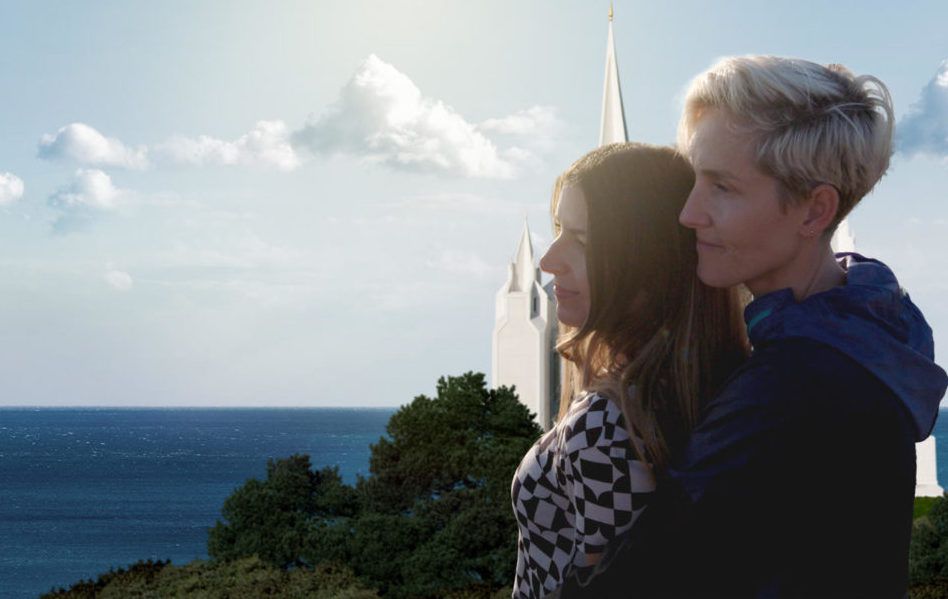 While imperfect, this heartfelt docuseries skillfully focuses on the painful experiences of LGBTQ Latter-day Saints.

(ABC News/Hulu) “Mormons No More” tells the story of two Latter-day Saints who fell in love, divorced their husbands, and married.

“We all learn through difficult things,” says a co-star in the new ABC series Mormon No More, now streaming on Hulu. “It’s all an opportunity for growth.”

The feasibility phrase sounds like it came straight from the mouths of 21st-century Latter-day Saints, who routinely try to encourage their followers by saying that life is a test and every challenge is an opportunity for further spiritual growth . As a famous passage in the scriptures of Latter-day Saints testifies, any seemingly insurmountable circumstance will “give you experience, and be for your good” (D&C 122:7).

What is particularly interesting is that in this case the Mormon-sounding pep talk is given by someone who has left The Church of Jesus Christ of Latter-day Saints. Which shows that you can take the girl out of Mormonism, but it’s harder to take the Mormonism out of the girl.

Or girls in this case, because the series follows the love story of two best friends who met while both married to men, fell in love and are now raising their seven children in a newly assembled family.

I was pleasantly surprised at how much I enjoyed Mormon No More. Sally and Lena, the couple in question, appear loving and thoughtful. Much of the series is about her attempts to make peace with her families, including with her ex-husbands and in Sally’s case with parents who are still very much in the church.

The series skillfully weaves the stories of Sally and Lena with other LGBTQ Latter-day Saints and ex-Mormons, including Matt Easton, the Brigham Young University graduate who came out as gay in a farewell speech, and David Matheson, a prominent therapist , who counseled hundreds of people from gay Mormon men into “conversion therapy” to try to change their sexual orientation before revoking this harmful approach in 2019.

We also meet Brad Talbot, a gay BYU alumnus who risks arrest for organizing a “Light the Y” celebration that attempted to give hope to LGBTQ students by wearing the famous “Y” University sign illuminated in rainbow colors. These and other stories center the series on how difficult it is to be a gay or transgender Latter-day Saint and how hard these members have tried to live their faith, even to the point of believing her life is not worth living. (Each episode ends with a hotline page encouraging LGBTQ viewers considering suicide to seek help from groups like The Trevor Project.)

The series isn’t a hit with the church; it resists generally cheap recordings, instead focusing on individuals’ deeply human stories of love, faith and loss. There are a few moments when the show gets more adamant about getting its point across, like when it zooms in close on the face of a Latter-day Saint saying something homophobic in a church meeting.

The filmmakers could have emphasized this point without the added zoom-in effect, but the snippets of speeches they recorded are fair game in my opinion. When a documentary is about people saying they have been harmed by Mormonism, it is the documentary’s job to show what kind of messages continue to flow from the Salt Lake pulpit. So Dallin Oaks proclaims the evil of same-sex marriages, Russell M. Nelson warns members not to listen to the complaints or experiences of people who have left the church, and Jeffrey R. Holland singles out former BYU graduation speaker Easton mentioned above for attempting to “command” the opportunity of his graduation to get out in front of the audience. (For the record, Easton’s speech was pre-cleared by the church university, including the part about his sexual orientation.)

As someone who is part of a team researching and writing a book about ex-members, much about Mormon No More fits the patterns that have emerged from our interviews and data. In Sally’s case, we see a shared paradigm with several family members walking one after the other—first her husband, then a brother. Sally’s crisis of faith meant everything was on the table to be scrutinized, including her sexuality: she first left the church and only then began to admit that she might be gay.

This pattern of inquiry has been shown to be far more common in oral history interviews than the church’s narrative that “people leave because they wanted to sin” (which is not meant to imply that being gay is a sin). My point is that, as observed by one character on the show, there is a noticeable domino effect: once the profound detachment of leaving Mormonism begins, it can also be a catalyst for other major life changes. It’s not about “wanting to sin”. It is about discovering previously buried aspects of oneself.

Another recognizable aspect of these women’s stories is how satisfied they are with their post-Mormon lives. In the first wave of our data, 93% of ex-Mormons surveyed said their emotional state was closer to “freedom, opportunity, and relief” than to “anger, loss, and sadness.” The few who said they were unhappy were often those in the most immediate situation of a crisis of faith, who had only recently left the church. In general, it seems to be a process that starts out emotionally turbulent before settling into a new kind of normality.

One of the most universally recognizable tropes in the series is the way the exodus of ex-Mormons from the church causes conflict when some or all of their family members are still members of the church. It is clear that Sally adores her parents, especially her mother, and longs for a deep relationship with them. Meanwhile, her mother initially takes the news of Sally’s departure from Mormonism as if there had been a death in the family. In one of the show’s most vulnerable moments, she admits that committing to a life of faith was the most important lesson she ever wanted to teach her five now-grown children — and that she feels she failed at it.

Part of the joy of the series is watching the mother-daughter relationship take root again — and seeing how far Sally’s parents are willing to go to be a loving presence in their daughter’s life.

Overall, Mormon No More is a celebration not only of individuals finding the freedom to be themselves, but also a deep and enduring love of family.

Joe Turkel dead: The Shining actor dies at the age of 94

Doncaster: Body of man in his 20s found in Lakeside