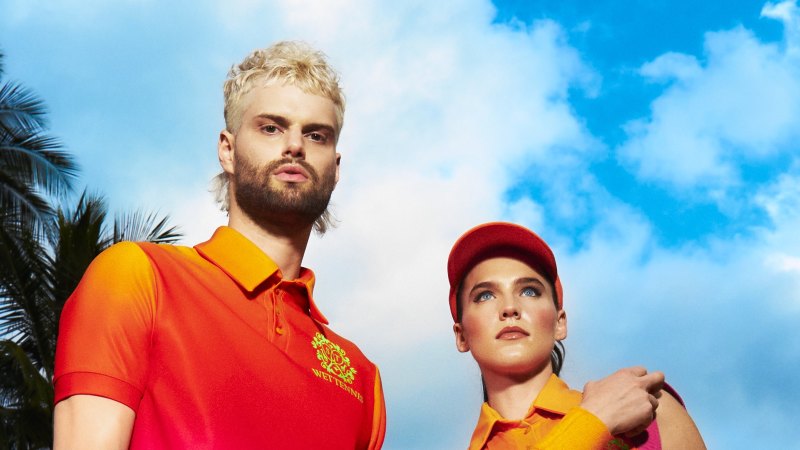 Hawley-Weld, who was born in Germany and moved her family across South America, North America and Europe, and Boston-raised Halpern originally met at Brown University in Rhode Island. Hawley-Weld sang jazz and bossa nova at an art gallery, and Halpern, who DJed after her, spontaneously began mixing beats over her vocals live on location. They knew immediately that they had something special.

Early tracks like 2016 drinker and awoo set fire to clubs and took their colorful live show to the streets. debut album tree house was released in 2018 and was nominated for a Grammy.

Wet tenniswhich (roughly) stands for “if everyone evolves, then nothing negative is for sure”) is a highly polished and accomplished advancement in club beer’s songwriting and production tree house. On a house-inspired electronic-pop template, the duo explores a range of styles and champions lesser-known global collaborators.

Another album highlight is Larry Vogel, a tropicalia-flavored conga starter with timpani that pays tribute to the legendary Boston Celtics basketball player. Halpern’s father, a follower of Larry Bird, delivers a commentator-style monologue.

“Originally we wanted to have a television commentator on Larry Bird in the ’80s,” explains Halpern. “But then we realized it would be cooler if we recorded my dad telling stories like he did when I was a kid and made him sound like an old commentator.

“It’s such a special song to have my dad on it. We had a big show in New York at the Brooklyn Mirage and he came out and gave his speech during that part. He completely screwed it up and it was the funniest thing ever.”

Sofi Tukker plays at The Forum in Melbourne on Saturday 23rd July. Wet tennis is out now.

Restaurant manager shares rules when dining with a large group

Waffle House Worker reveals how the Hashbrowns are made