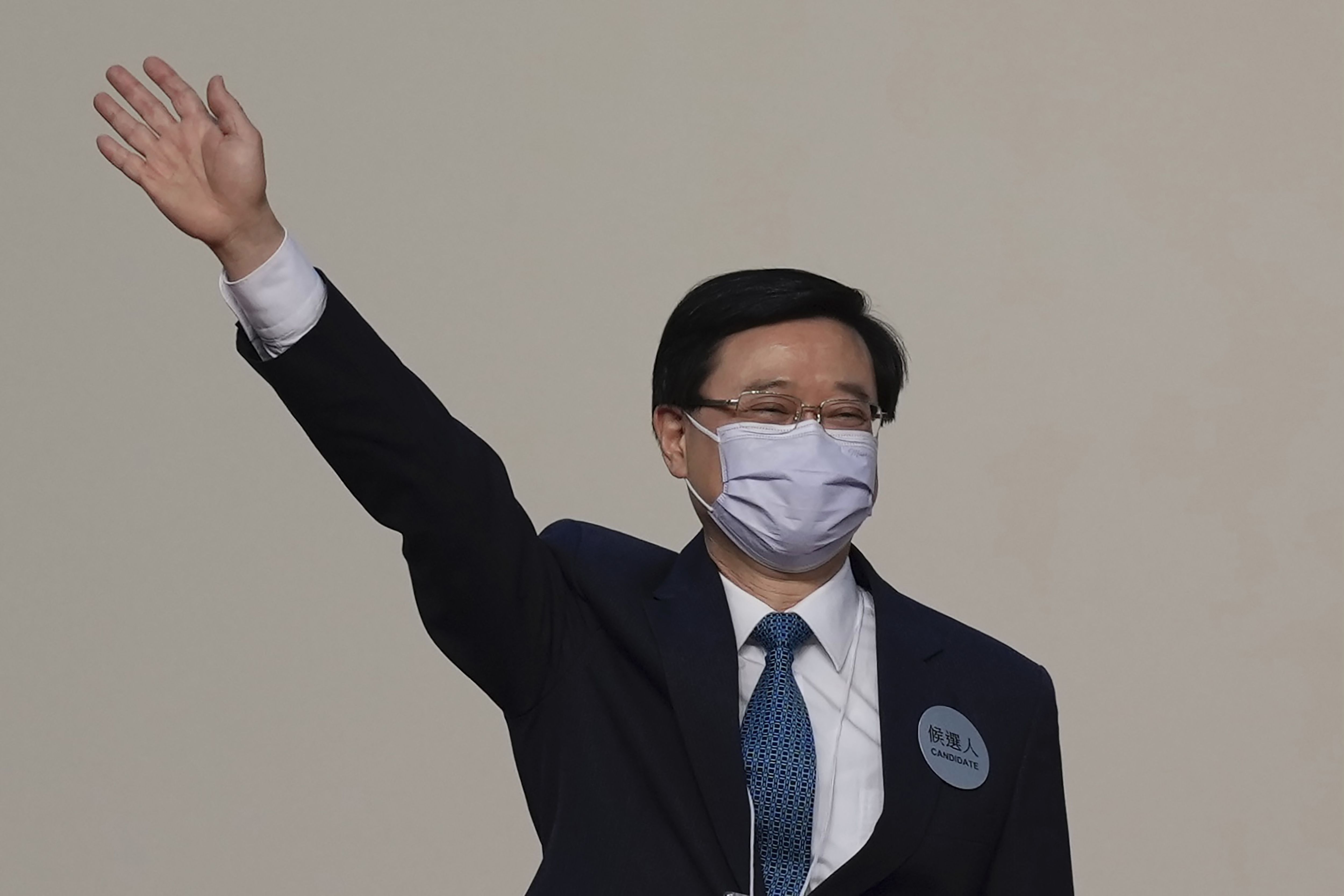 HONG KONG – Hong Kong’s next leader, John Lee, received an official letter of appointment from Beijing on Monday, a month before he is due to take over leadership of the semi-autonomous city.

Lee received his appointment letter from Chinese Premier Li Keqiang, who congratulated him on his election as the next Chief Executive of Hong Kong.

“You have the endorsement and trust of the central government,” Xi said.

Xi said the “one country, two systems” framework under which Britain handed Hong Kong to China in 1997 was “widely acknowledged as a success.”

Critics say the framework that has given Hong Kong partial autonomy and special freedoms for 50 years is under threat from growing restrictions from Beijing.

Lee thanked Xi for the position he had been entrusted with and said he would do whatever it takes to live up to the expectations of Beijing and the people of Hong Kong.

Premier Li also expressed his full support for Lee and urged him to develop Hong Kong’s economy and improve the livelihoods of its people.

Lee’s visit to Beijing comes weeks after he won an uncontested election earlier this month, receiving over 99% of all votes cast by an electoral committee made up largely of pro-Beijing members.

It is customary for the chief executive-designate to visit Beijing after winning the election to receive a letter of appointment from Beijing. Lee flew to Beijing on Saturday for a four-day visit.

Lee’s appointment comes amid an ongoing political crackdown in the city nearly three years after the 2019 anti-government protests.

Critics say Beijing has tightened its grip on Hong Kong, curtailing freedoms with the imposition of a tough new national security law and changes to its electoral laws barring pro-democracy candidates from running for office.

Lee, a Beijing supporter, is known for his support of the national security law, which outlaws subversion, secession, terrorism and foreign collusion to interfere in the city’s affairs. Over 150 people have been arrested since the law came into force in June 2020.

Prior to his election victory, Lee was the city’s second most senior official. He spent most of his civil service career in the police and later in the security office.

Lee is expected to be sworn in as Hong Kong’s new chief executive on July 1, the 25th anniversary of Hong Kong’s handover to China.