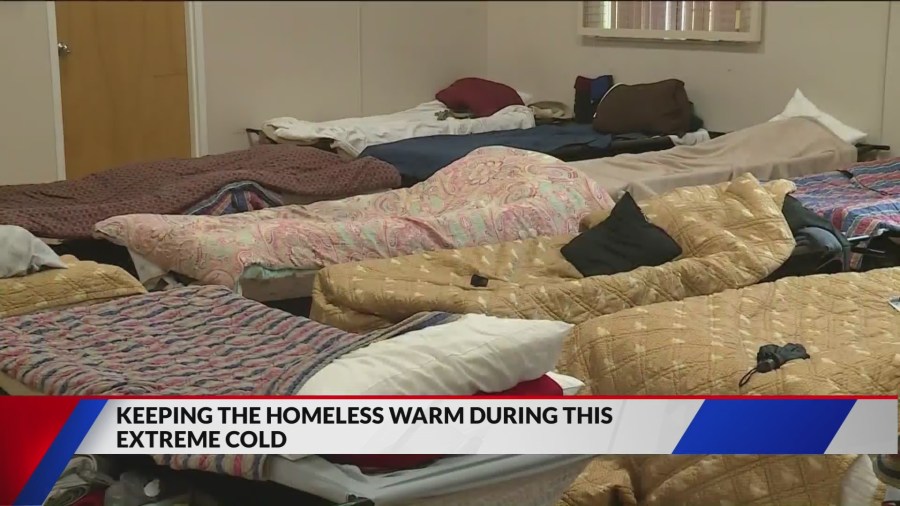 ST. LOUIS: The harsh cold is much more dangerous for the homeless. Snow and freezing temperatures can kill homeless people. From Friday noon through Saturday noon, the National Weather Service in St. Louis issued a wind chill advisory.

Volunteers and advocacy groups battle the elements to get as many people inside as possible.

City Hope, which aims to provide shelter to the homeless. There are five city-funded locations in West St. Louis. Their largest location has 40 rooms, 37 of which are already occupied.

The city started its winter operations earlier this month to help people who are homeless during the winter. The city ensures that the heat centers are open 24 hours a day, seven days a week.

This includes ensuring vulnerable residents have access to about 600 emergency shelters, including 130 winter overflow beds.
That year, the city discontinued the Their Warming bus due to increased capacity.

All city-funded thermal shelters are available 24 hours a day, seven days a week through March 31.

And in these cold conditions, keep a little drip in your faucet to avoid a burst pipe in your home. Cover any exposed exterior walls to prevent wind blowing on them.

Manchester: Pregnant woman collapses after being on plane for hours