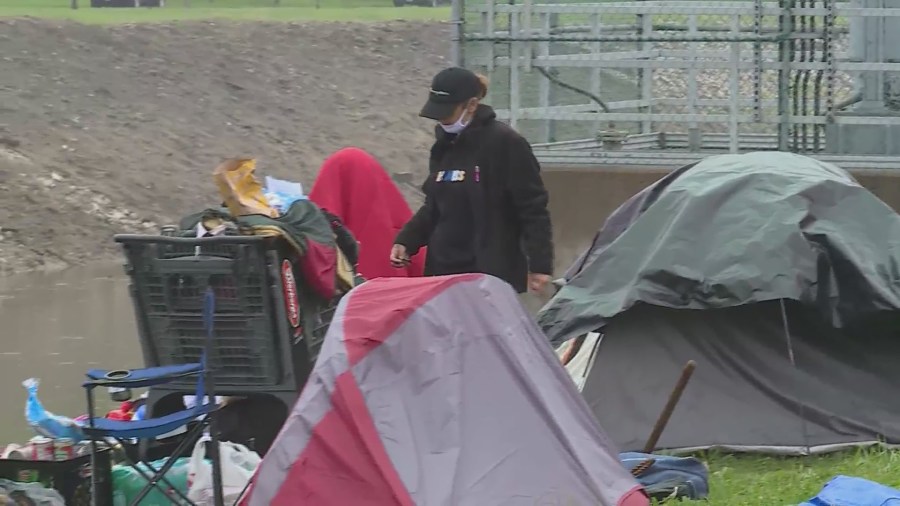 ST. LOUIS – A bill on the table in St. Louis City would make homeless camps, like those near the Des Peres River and Laclede’s Landing, illegal if they’re on the right-of-way.

“It must be illegal to put up a tent on a driveway,” said Tom Oldenburg, city councilor for the 16th district. “Now we don’t come lumbering with any foreclosures or punitive damages. We just say it’s illegal that you have to move, and then the idea is that we plug them into service.”


He said the bill passed the Public Safety Committee 7-0 and is now going to a second reading on Friday. If so perfected, it could go to Mayor Tishaura Jones’ desk and become law in two weeks.

Oldenburg said it was dangerous for those living in tents and nearby. He said there had been more than 200 accidents near the Des Peres River, and in 30 percent of them the driver lost control. He said the driver could easily crash into a tent and injure the person living inside, but that wasn’t the only concern. He said he received multiple calls Thursday with the same concern.

Also on Thursday, FOX 2 confirmed that EMS was on site near Laclede’s Landing to transport a person who was living in a tent following a reported drug overdose. First responders said the person was in serious condition. Those who work in the area told FOX 2 they’re fed up, but news of the bill hasn’t been widely accepted


“I hope that the people who do this to us or try to do this to us never become homeless,” said one man affected by homelessness. He set up a tent on the Des Peres river.

Many people on both sides of this argument agree that more resources are needed for housing, transportation, and job placement.

https://fox2now.com/news/missouri/homeless-camps-could-soon-be-illegal-in-st-louis-if-bill-passes/ Homeless camps could soon be illegal in St. Louis if the law is passed

A shady scheme that led to the theft of $830,000 worth of lobster, shrimp and ribeye lands scammers in prison for 10 years