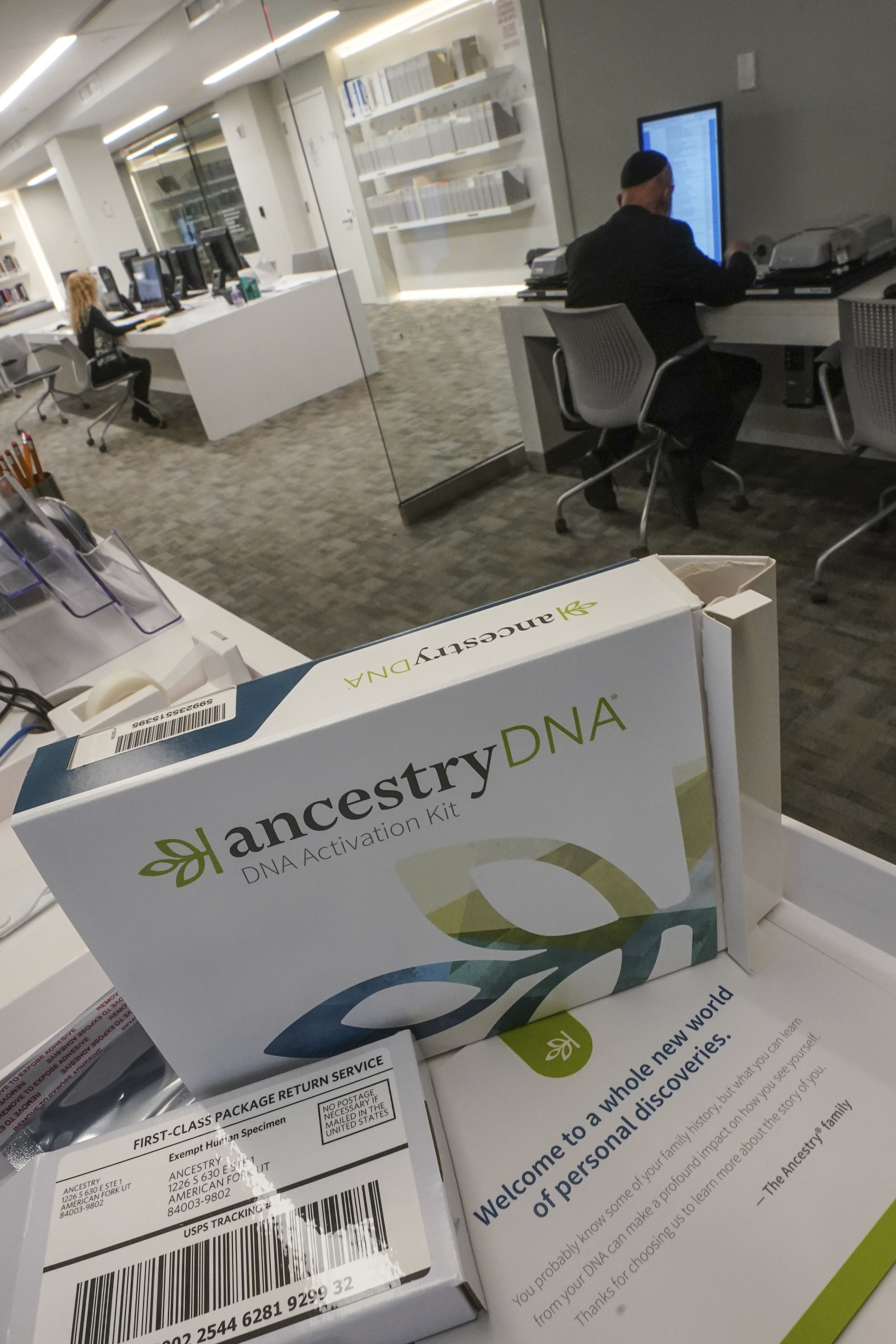 NEW YORK – Jackie Young has been searching for decades.

Orphaned as an infant, he spent the first years of his life in a Nazi internment camp in what is now the Czech Republic. After World War II he was brought to England, adopted and given a new name.

As an adult, he struggled to learn about his origins and family. He had little information about his biological mother, who died in a concentration camp. But about his father? Nothing. Just a space on a birth certificate.

That changed earlier this year when genealogists were able to use a DNA sample to find a name — and some relatives he never knew he had.

Having that answer to a lifelong question was “amazing,” said Young, who is now 80 and lives in London. It “opened the door I thought would never be opened.”

Efforts are now being made to offer this opportunity to other Holocaust survivors and their children.

The New York-based Center for Jewish History is launching the DNA Reunion Project, offering free DNA testing kits through an application on its website. For those using the kits, it also offers an opportunity to get advice on next steps from the genealogists who worked with Young.

These genealogists, Jennifer Mendelsohn and Adina Newman, have been doing this type of work for the last several years and run a Facebook group on Jewish DNA and genetic genealogy.

The advent of DNA technology has opened up a new world of possibilities, in addition to the paper trails and archives that Holocaust survivors and their descendants used to learn about family ties severed by genocide, Newman said.

“There are times when people are separated and don’t even realize they are separated. Maybe there was a name change so they didn’t know how to look for the other person,” she said. “There are cases that simply cannot be solved without DNA.”

While interest in genealogy and family trees is widespread, it is particularly poignant to do this work in a community where so many family ties have been torn apart because of the Holocaust, Mendelsohn said.

Her earliest work in this area was with her husband’s grandmother, who had lost her mother in a concentration camp. These efforts resulted in aunts and cousins ​​unknown to anyone in her husband’s family.

Her husband’s uncle, she said, called afterward and said, “You know, I’ve never seen a picture of my grandmother. Now that I see photos of her sisters, it’s so comforting to me. I can imagine what she looks like.”

“How do you explain why this is so powerful? It’s easy. The people had nothing. Their families were wiped out. And now we can bring them back a bit,” Mendelsohn said.

She and Newman go out of their way to emphasize that there are no guarantees. Testing or searching archives does not guarantee finding living relatives or new information. But it offers an opportunity.

She and the center encourage people to seize this opportunity, especially as time passes and the number of living survivors dwindles.

“It is truly the final moment in which some measure of justice can be bestowed upon these survivors,” said Gavriel Rosenfeld, president of the center.

“We feel the urgency,” Newman said. “I wanted to start yesterday and that’s why it’s like no time like the present.”

Rosenfeld said the center initially allocated $15,000 for the DNA kits, which would cover about 500 of them, in this initial pilot. He said they would try to scale up further if they see enough interest.

Ken Engel believes there will be. He runs a group for the children of Holocaust survivors in Minnesota and has told his members about the program.

“It’s an important effort,” Engel said. “It can reveal and reveal to them wonderful information they never knew about and make them feel more settled or connected to the past.”

“I’ve wanted to know my whole life,” he said. “If I didn’t know what I know now, I probably would still feel like my left arm or my right arm isn’t fully formed. Family is everything, it is the main pillar of life in humanity.”

The IRS has "frozen" my accounts for millions of dollars in taxes owed.