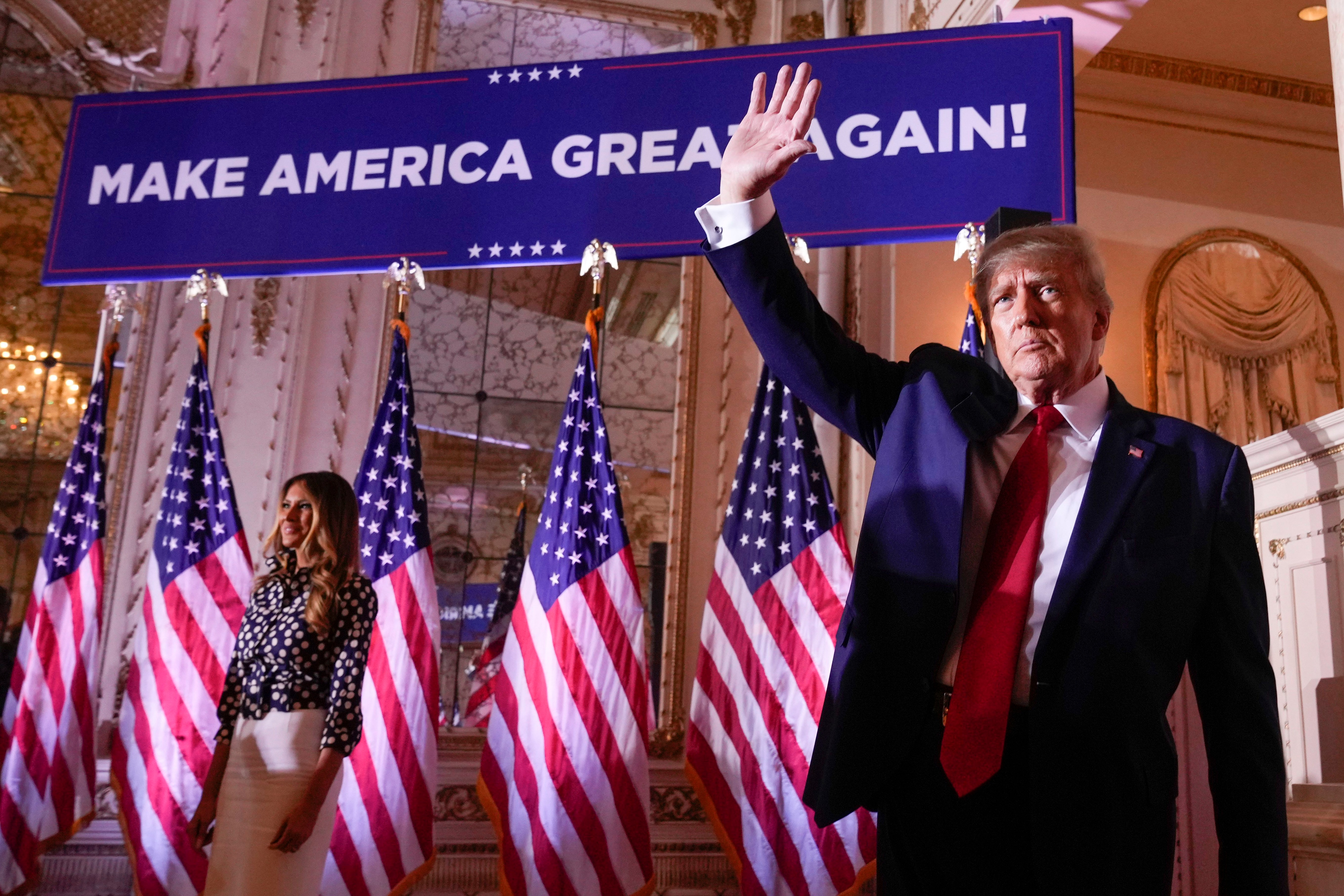 (Andrew Harnik | AP) Former President Donald Trump waves after announcing that he is running for president for the third time on Tuesday, November 15, 2022 at Mar-a-Lago in Palm Beach, Florida.

Members of The Church of Jesus Christ of Latter-day Saints are responding to faith support for federal law that would codify same-sex marriage. Also, Donald Trump is announcing another run for the presidency, but Latter-day Saint Republicans may not be in his camp. And in an unusual move, state lawmakers say they will file an amicus brief opposing repeal of Utah’s abortion triggers law.

Stream “Behind the Headlines” every Friday at 9 a.m. on kcpw.org or tune in to KCPW 88.3 FM or Utah Public Radio for the show. Join the live conversation by calling 801-355-TALK.

https://www.sltrib.com/news/politics/2022/11/17/lds-same-sex-marriage-donald/ HLT on Same-Sex Marriage and Donald Trump and Utah’s Abortion Law on “Behind the Headlines”