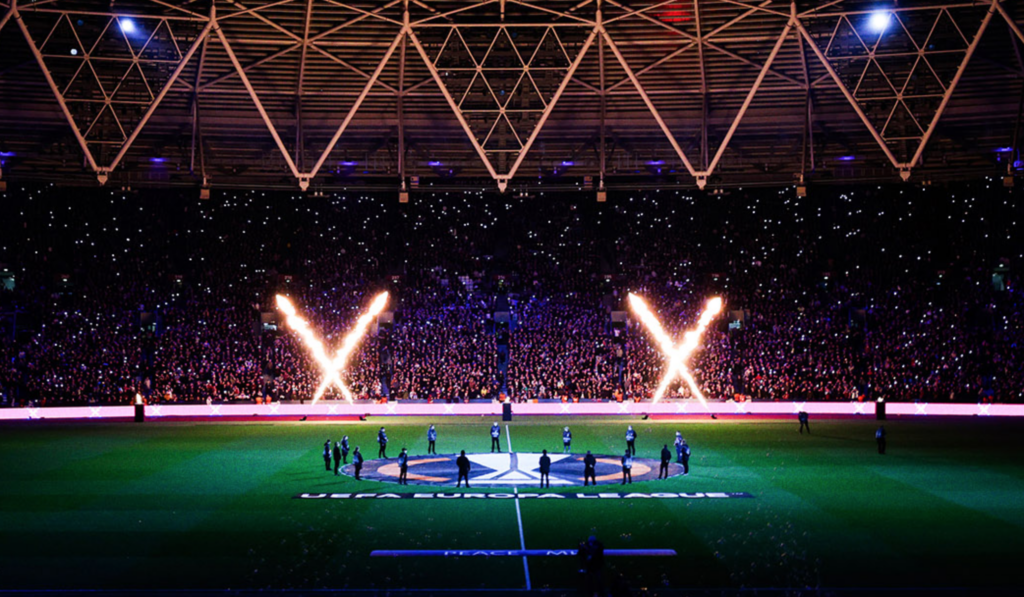 When David Moyes returned to West Ham, few saw the club on the business end of European competition and in contention for a place in the top four in the Premier League. Moyesey probably did, and fair play to him!

Tonight West Ham United host Frankfurt from Germany in the first leg of a very victorious semi-final as they seek their first European final in 46 years. The club won the now defunct Cup Winners’ Cup in 1965 and reached the final again in 1976.

The semi-finals come with English (Rangers fans would add ‘British’) clubs dominating European competitions again this season and there’s a chance the Brits will win the final again. Rangers face a difficult task against RB Leipzig in the other semi-final tonight.

Can Declan Rice, Jared Bowen and company make history for the Hammers? We can’t wait to find out. A rousing, brilliant night of top European football. Here’s how to watch West Ham vs Frankfurt on the best TV, smartphone or laptop you have in the house.

Kick-off between West Ham and Frankfurt is Thursday 28 April at 20:00 UK time. It’s the first leg of the Europa League semi-finals to be played at the London Stadium and is probably the biggest thing to happen there since the Olympics.

This is how you watch West Ham vs Frankfurt

As with the Champions League, this season’s Europa League is exclusive to BT Sport, so there’s no way to watch it on free-to-air TV. That could change if the Hammers reach the Finals as BT Sport have been pretty decent on that front in recent years.

As such, you’ll need some sort of BT Sport subscription to watch tonight’s game. Coverage begins tonight at 7pm on BT Sport 1 and BT Sport Ultimate.

If you don’t have a subscription through your TV provider, you can register online for a non-binding monthly pass. BT charges £25 per month to sign up and you can find all the details here. If you’re already a BT Broadband customer, you can easily add BT Sport to your subscription. EE Mobile customers can add BT Sport for £20 a month.

Watch securely with a VPN

If you regularly watch live sports online, you can improve your online privacy with a Virtual Private Network (VPN). It works by masking your IP address from potential snoopers and bad guys. You can read our guide to the best VPNs before streaming the Champions League games. If you are looking for a secure VPN, we recommend Kaspersky VPN Secure Connection for streaming top sports. Also, here’s our guide to watching the Premier League this season in 4K HDR.

https://www.trustedreviews.com/news/how-to-watch-west-ham-vs-frankfurt-europa-league-semi-final-live-stream-4229570?utm_source=keystone&utm_medium=keystone_core_reviews_rss&utm_campaign=trusted+reviews Here’s how to watch the Europa League semifinals between West Ham and Frankfurt live stream

In the world's first floating city