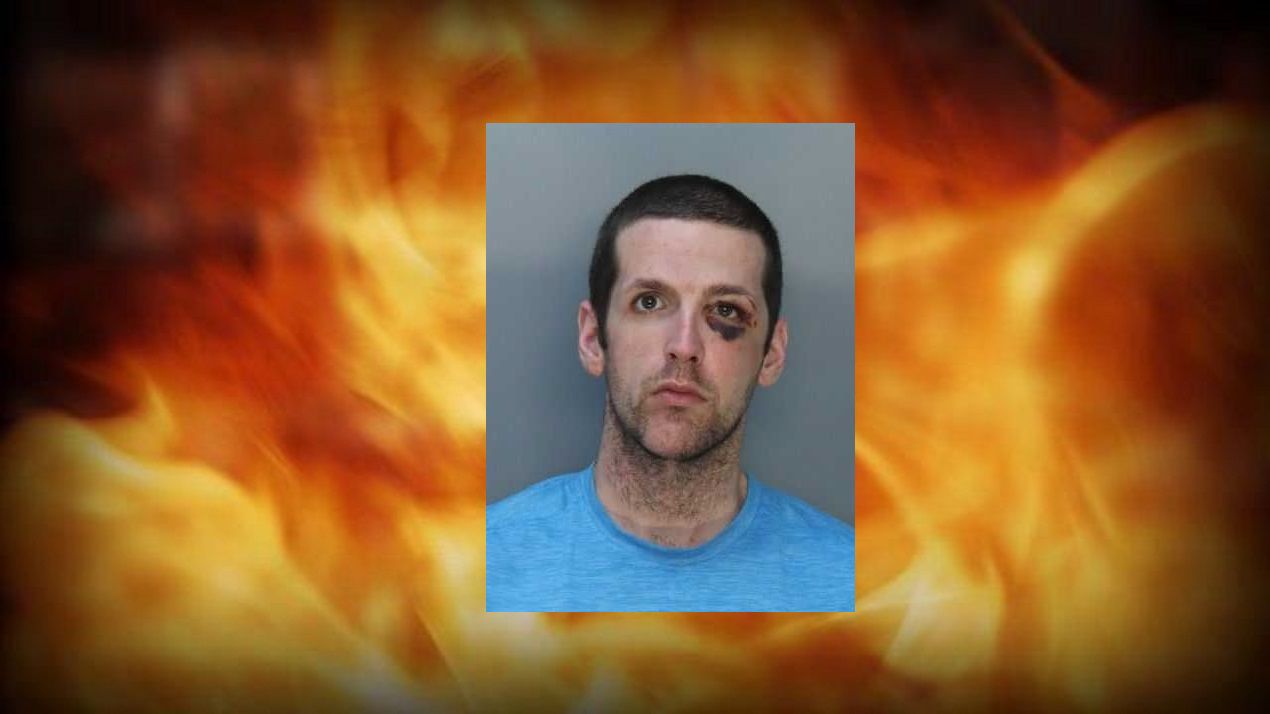 MIAMI, Fla. – A man who called 911 from his cell phone to report a house fire in Miami is arrested and charged with first-degree arson. Investigators said Eric Javier Martinez, 33, set fire to his mother’s Miami home after he got into an argument with his brother.

According to investigators, Martinez, who was identified as homeless on an arrest form, called at 3:59 a.m. Wednesday, June 22 to say a home on Block 9300 of Southwest 6th Terrace was on fire.

Miami-Dade Police reported they had been at the home the day before after a neighbor called to say the man, later identified as Martinez, “lived alone” and was heard like him the apartment ripped and glass shattered and they were “concerned” about his well-being.”

When police arrived and spoke to Martinez, he said he was the homeowner. He had destroyed granite stone kitchen counters, the rear sliding glass door and the front door, the damage of which was eventually estimated at $30,000. He told them he was upset and took his frustration out on what they thought was his home at the time.

Miami-Dade Fire Rescue responded to the house fire on Wednesday and investigated the arson. They found that the fire had started in a bedroom. Fire investigators reported finding a claw hammer and a flashlight, lighter and two glass pipes with residue on the bed.

After the 911 call, the police responded and saw Martinez walking down an alley. They transported him for interrogation.

He told them that the house was his mother’s and that she let him use it when it wasn’t rented. He said he and his brother got into a fight and got into a fistfight. He told police the fire started in a plastic container that contained cardboard and lightbulbs. Fire investigators determined that was not the case. Video evidence also contradicted his statement that he did not go through the front door during the fire.

https://www.local10.com/news/local/2022/06/23/he-called-911-about-house-fire-but-investigators-determine-he-set-the-blaze/ He called 911 about the house fire, but investigators determine he started the fire