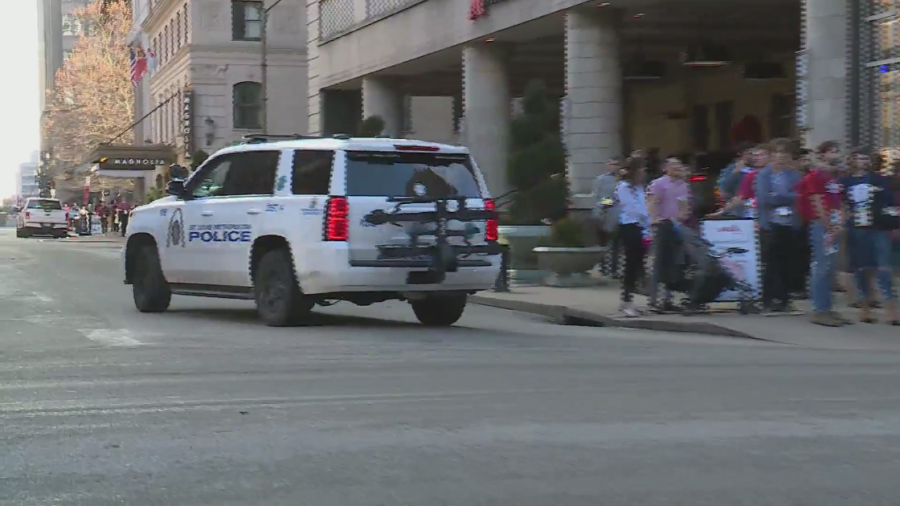 ST. LOUIS – There are new calls to action to end rampant shooting and lawlessness in downtown St. Louis as more than 17,000 attendees from across the United States and around the world gather at America’s Center for the week-long Seek23 Catholic youth conference.

Downtown residents provided FOX 2 with video showing a barrage of gunfire ringing in the New Year right outside their homes in high-rise apartments and condos near N. 10th and Locust streets. The video also shows reckless driving and street parties with no police in sight.

“We went for a walk out here last night. So, it’s a bit harrowing, I think,” said Tyler Mackey, a Wisconsin graduate student in the city for Seek23.


“I really feel sorry for the people that live down here trying to make it a vibrant and good place to live,” said Erin Carter, who came from Emporia, Kansas to attend the conference. “This is my favorite city.”

Reports of New Year’s Eve shootings fell by more than half from the previous year (685 to 325), according to St. Louis police, although the incidents near N. 10th and Locust went unreported. Local residents cited ongoing problems with delays in answering emergency calls from police.

“It’s only a matter of time before an innocent bystander is seriously injured,” said Les Sterman, Citizens for a Greater Downtown St. Louis.

Sterman, who has lived downtown for 17 years, is the past chair of the East-West Gateway Council of Governments, which promotes progress and addresses issues across jurisdictions in the St. Louis area. Now he’s considering moving away from downtown. He claims residents’ suggestions for downtown improvements at St. Louis City Hall continue to go nowhere.

Meanwhile, Citizens for a Greater Downtown St. Louis continues to call for a greater police presence, better security in parking lots and garages that are typically empty overnight, and more scrutiny over short-term (daily or weekend) rentals, which he believes are the lawless behavior , which spills onto downtown streets virtually every night.

“Honestly, we just want to create a great neighborhood here: a place where people can come and enjoy themselves without fear for their safety,” Sterman said.

Spencer’s newly configured district — District 8 — will encompass much of downtown when elected in the spring when the St. Louis Board of Aldermen is downsized from 28 districts to 14.

Short-term real estate leases, business licenses and liquor law enforcement were examples of changes that could have drastic repercussions beyond the police realm and stem the exodus of businesses and residents from downtown.

Although Mayor Tishaura Jones claims much progress has been made in the first year of the Downtown Engagement and Public Safety Initiative, including retaining Peabody Energy’s corporate headquarters, Spencer believes downtown residents are right: There’s a lot more that needs to be done.

The customer receives Lil Caesar's pizza without the cheese and sauce