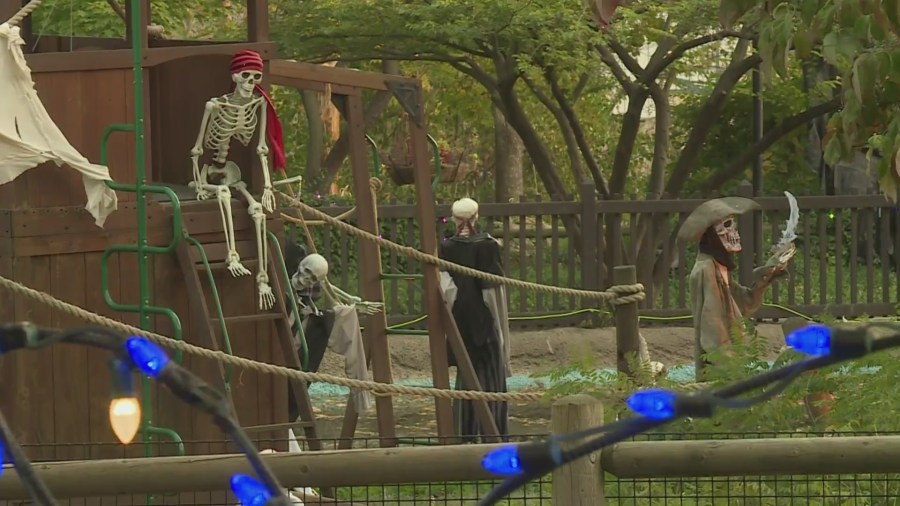 ST. LOUIS – Many families thronged Grant’s Farm for the first weekend of Halloween Nights. Some families said on social media that they were unable to board because of the long waits.

On Thursday, people lined up at Grant’s Farm for spooky decorations and haunted tram rides.

“I just come here every year, and now we have the little ones, so we’re just trying to get them to enjoy the celebrations, too,” Wesley Harris said.

Trending – REAL ID Deadline less than a year away: What Missourians need to know


Lots of people showed up for the Halloween nights early Thursday. It’s the first year that we’re back in person and everyone is excited to be a part of it.

“So many people were excited, they came all at once on Saturday night and traffic was backing up, so we responded and made some adjustments and changes to ensure that doesn’t happen in the future,” said Doug Stagner, President of Grants Farm.

Stagner said last weekend brought in more crowds than they could handle, but they made changes to keep things running smoothly.

“We will improve the check-in process as people come in. As I mentioned, we’re going to have cops directing traffic and just making sure everyone gets in,” he said. “We proactively communicate with people who have reservations via email, letting them know about the process and how it works.”

“We actually got here early and had to drive around the block a few times and then we got in maybe five minutes, no problem at all,” Harris said. “We got here pretty early. About ten minutes to six.”

Stagner said once inside there’s a lot to see.

“One of the cool things is going through the wildlife park at night and seeing the animals at night,” he said. “It’s something new that most people can’t do. We have characters and actors in place. We have a fun magic show for kids and a cool dance party.”