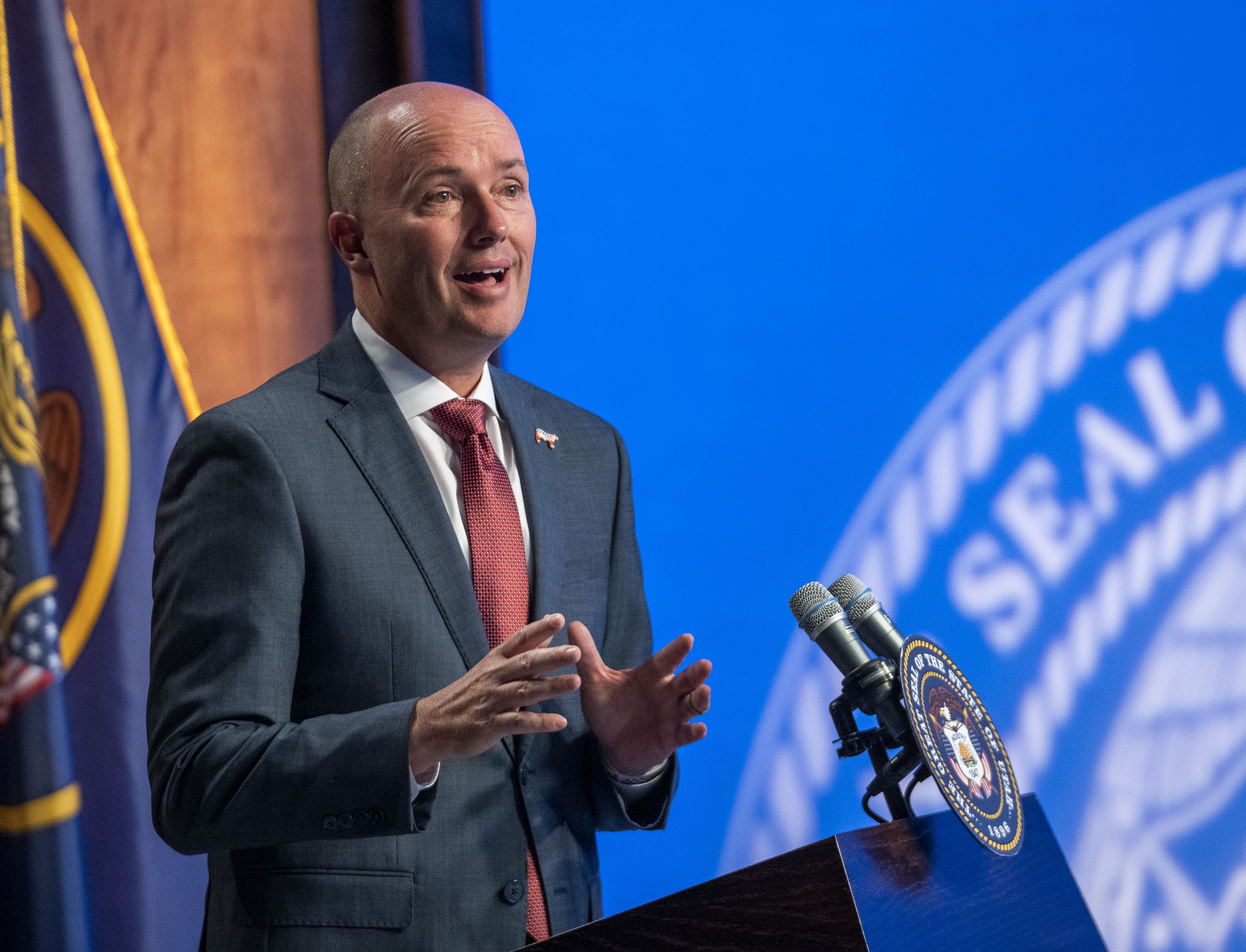 Gov. Cox said Thursday he would sign legislation that would remove clergymen’s power not to report cases of alleged abuse.

(Rick Egan | The Salt Lake Tribune) Gov. Spencer Cox speaks at his monthly press conference at the University of Utah on Thursday.

During a monthly news conference with PBS Utah, Cox offered his thoughts on the bill, which was introduced by Rep. Phil Lyman, R-Blanding, who said he would support the legislation after the AP launched an investigation into the Church of Jesus earlier this month Christie had released the Latter-day Saints “hotline” for bishops and ministers, which the AP said was keeping some allegations of abuse under wraps.

The church has strongly denounced the report, saying on Wednesday the story has “significant flaws in its facts and timing that lead to erroneous conclusions.” The AP said it stands by the story, as does the article’s author, Michael Rezendes.

Rep. Angela Romero, D-Salt Lake City, unsuccessfully proposed a similar bill in 2020 and opened a bill on the issue during next year’s legislative session. Lyman said he would let Romero lead the bill if she decided to propose the change, according to previous Tribune reports.

Cox said Thursday he hadn’t seen the proposed legislation, but changing mandatory reporting of suspected abuse would be something he’d be willing to sign into law.

“We are deeply concerned about abuse wherever it occurs and I think we all have a duty to speak out and protect our children, our most vulnerable,” Cox said. “If this is something that would help that, then we should all support it.”

Cox was also asked for his thoughts on a recent story in TIME Magazine about the Cox administration’s position in the Republican Party. The article, published Monday morning, was captioned: “The Red State governor not afraid to be ‘woken up.'”

While Cox said he agreed with parts of the article, he disagreed with the headline.

The article cites his veto of a bill earlier this year banning transgender athletes from competing in sports and fighting with Fox News personality Tucker Carlson as points of contention with GOP peers.

Cox said parts of the article were fair, including parts about his efforts to bring people together in a positive way, rather than being more combative. He said in the article that he’s not trying to “own the libraries,” but is “trying to convince the libraries that there’s a better way.”

“Being kind and trying to bring people together is very different than being awake,” Cox said. “I totally disagree; I think it’s a trash headline.”

Cox also said a friend died unexpectedly by suicide on Wednesday, and he encouraged anyone struggling to reach out and seek help.

After mentioning that Utah’s suicide rates are among the highest in the country, he encouraged those struggling to use the new Suicide and Crisis Hotline by calling 988.

“I’ve said this before, but as a teenager I struggled with suicidal thoughts, and it’s not uncommon,” Cox said. “You are certainly not alone if you are feeling these things, and you are not broken; there is nothing uncorrectable about you. We need you here.”

A spokesman for the Utah High School Activities Association said UHSAA directed the school to “double check” if the athlete was transgender after the girl bested two other girls, prompting parents to complain. The investigation involved the school opening the girl’s files from kindergarten. USHAA did not disclose the girl’s class, school or sport to protect her identity.

Cox said he learned about the investigation earlier this week and said he is concerned about anyone making such claims.

“I have a real problem with this story,” said Cox. “I don’t know all the details other than what was shared there, but I just wish we could be a little more thoughtful about life and a little less critical of other people.”

‘Where have you been?’ Liz Truss emerges after a mini-budget backlash

Michael Guider, a Bondi serial child molester and schoolgirl killer, is back in jail for internet research involving infants