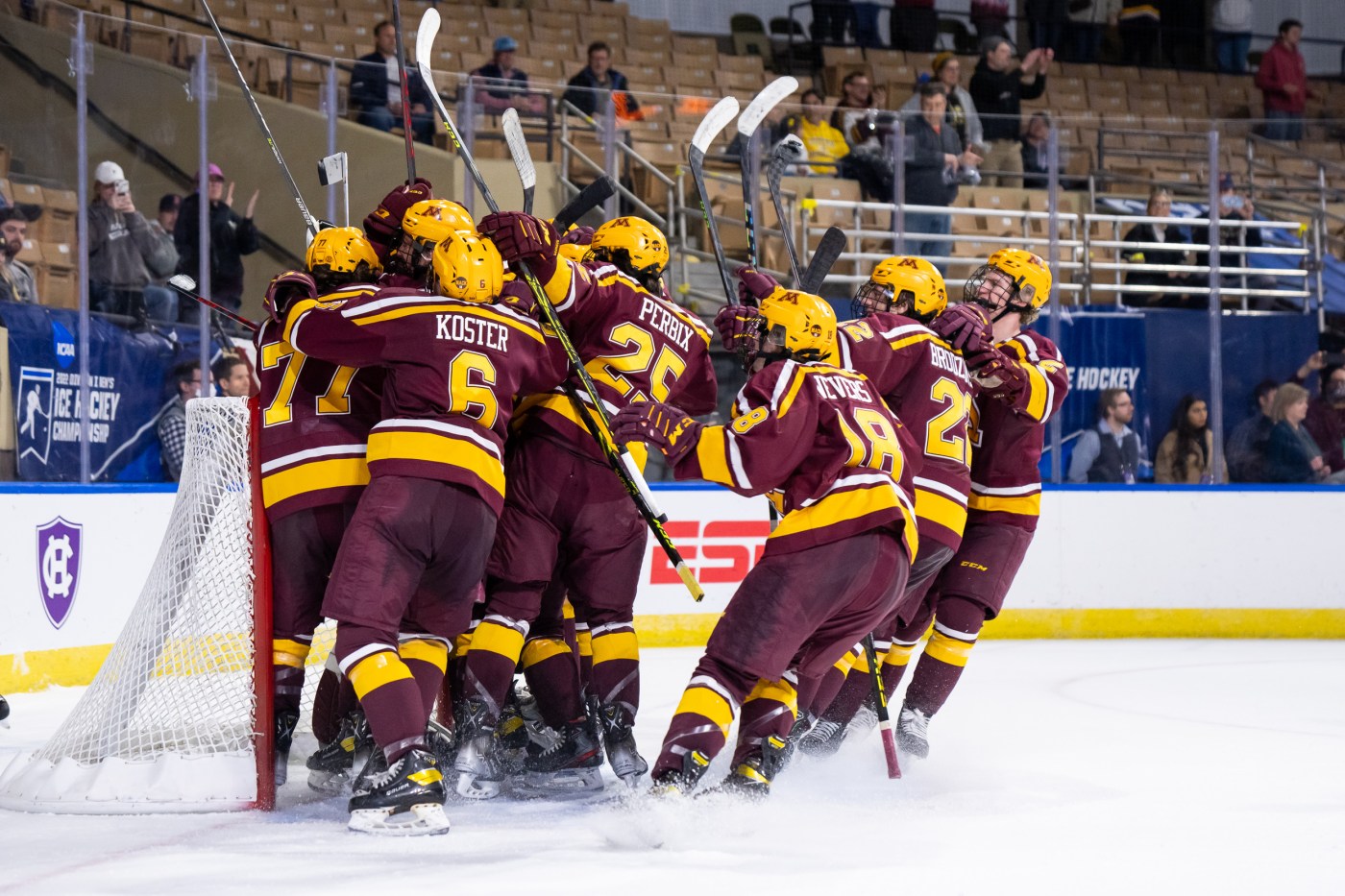 WORCESTER, Mass. – After the age of about 12, it’s rare to get together with those closest to you, make a lot of noise, yell and yell, and get something you’ve always dreamed of for your birthday.

Minnesota Gophers coach Bob Motzko is well into 12, but on his birthday he got what he really, really wanted. A win and a trip an hour or so east to Boston to play for an NCAA title.

Exactly four years to the day after Motzko agreed to return to the U of M, where he was assistant coach to the Gophers’ last two national championship teams, he orchestrated a 3-0 win over Western Michigan in the Worcester Regional Finals of the inaugural Frozen Four -Travel of the Minnesota program since 2014.

“You don’t accept this job without the associated expectations,” said Motzko. “Before COVID I thought we were playing as well as anyone and got shut down. Last year we were just one game away.”

Matthew Knies scored a first-half goal, Aaron Huglen added a power play marker early in the third half and Justen Close hit a 24-hold shutout performance for the Gophers (26-12-0) who beat the Big Ten -Regular Season Titles Won and Will Win Try to earn a second banner in 10 days. Blake McLaughlin scored late into the empty goal for the closing edge.

Knies was named the region’s most valuable player.

The Gophers meet Minnesota State rivals Mankato at the TD Garden in Boston on Thursday, April 7, with the victor advancing to the NCAA title game.

“Going to Boston is a perfect birthday present,” McLaughlin said, paying tribute to Motzko and assistant coach Garrett Raboin, who both celebrated their birthdays on Sunday. “I don’t think they could ask for anything better.”

Western Michigan, seeking its first trip to the Frozen Four, made 23 saves from goaltender Brendan Bussi but ended the season with a 26-12-1 record.

“I thought we played really hard tonight,” said Broncos coach Pat Ferschweiler. “I don’t think you can ask for much more than their best and I thought we did our best.”

A few shifts into the opening period, on the boards near the Gophers bench, Knies blocked a Broncos slapshot with his shin pads and hopped on one leg for the door. He returned to the ice a few minutes later, still favoring one leg. But he stayed out there and ran his regular shift and eventually found a patch of open ice in front of Bussi. Faber worked the puck from the blue line to the goal line, then passed to Knies, who was still alone at the top of the circle, for a quick goal.

It was Knies’ fourth goal in the last three games, including the power play marker that sent the regional opener against UMass into overtime.

The Gophers held Western close with just four shots in the first period, but the Broncos made an offensive mid-frame push. After Bussi thwarted Jaxon Nelson’s shorthandy breakaway, Western star defender Ronnie Attard lifted a rebound that floated over Close’s shoulder and into the net for the obvious equalizer. Officials immediately reviewed the game and relatively quickly determined that Western had entered the offside zone, leaving the Gophers’ lead intact.

“We knew they’re a team that likes to switch and they move the puck really well,” said Close, who recorded his third collegiate shutout. “I thought we did really well staying on the pucks all night and we mastered the rush which was a key to our success.”

When Broncos forward Ethen Frank pulled a penalty just 10 seconds into the third game, the Gophers immediately took advantage when Jackson LaCombe fired a cross-ice pass and Huglen placed the puck over Bussi’s glove for the lead double.

It is Motzko’s second career as head coach with the Frozen Four. He led St. Cloud State to the 2013 tournament. He noted that both coaches have roots in southern Minnesota.

“What a great first year for coach Fersch. He’s from Rochester, I’m from Austin, we grew up just a few miles apart,” Motzko said. “Another guy from southern Minnesota who takes over a program and does a hell of a job. You have to be really proud of what they did over there.”

It will be Minnesota’s second trip to Boston for the Frozen Four. In 1974, at the now-ruined Boston Garden, coach Herb Brooks led the Gophers to a 4-2 win over Michigan Tech in the finals for the program’s first NCAA hockey title.

My chin fat dissolved but it only swelled MORE, I looked like Peter Griffin from Family Guy