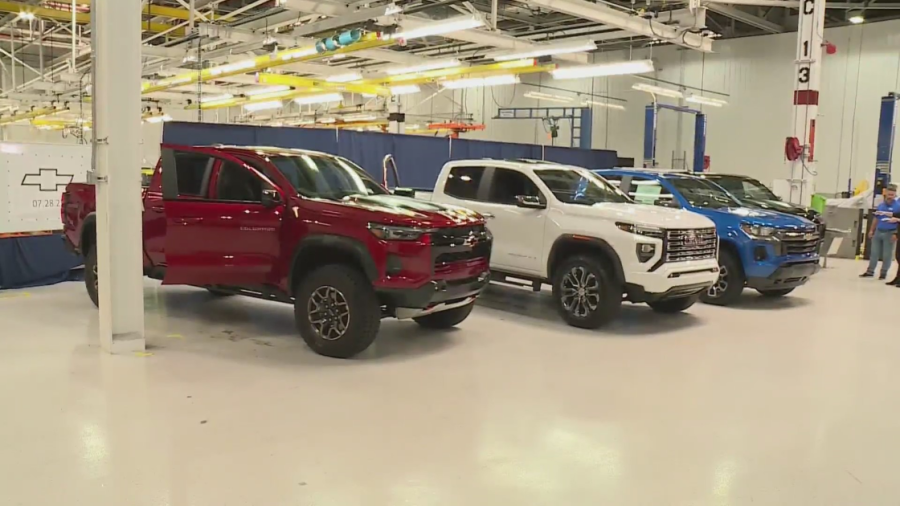 On Thursday, the company offered a look at its new Chevy Colorado and GMC Canyon trucks.

GM currently employs more than 4,000 people at its Wentzville plant. It brings the next generation of mid-size pickups to market and around the world

“That’s why we’re very proud to build them here in Missouri. Obviously they build the current generation trucks,” said Nicholas Katcherian, chief vehicle engineer at the plant. “So we know there’s a lot of passion in this space and with these vehicles, so we’re really proud to bring them back here and look forward to making as many as possible.”

Top Story – Solar Storm: Where to see the Aurora Borealis in Missouri


General Motors claims to sell more pickups than any other automaker and has aggressive plans to build on its strengths. The company is investing $1.5 billion in its midsize pickup truck line, including $1 billion for Wentzville Assembly to support new products.

“Any time we can do something like this and get the local community excited about the products being built here, it’s a tremendous opportunity that we can’t pass up. So yes, it’s Christmas in August,” said Lamar Rucker, executive director of the Wentzville Assembly.

This investment is expected to sustain these 4,000 well-paid US manufacturing jobs at the Wentzville site.

“It’s at the forefront and adds further life extension to the facility, and we will keep our people working for many years to come,” said Dale Averitt, UAW Local 2250.

The all-new generation fleet is expected to be launched early next year.