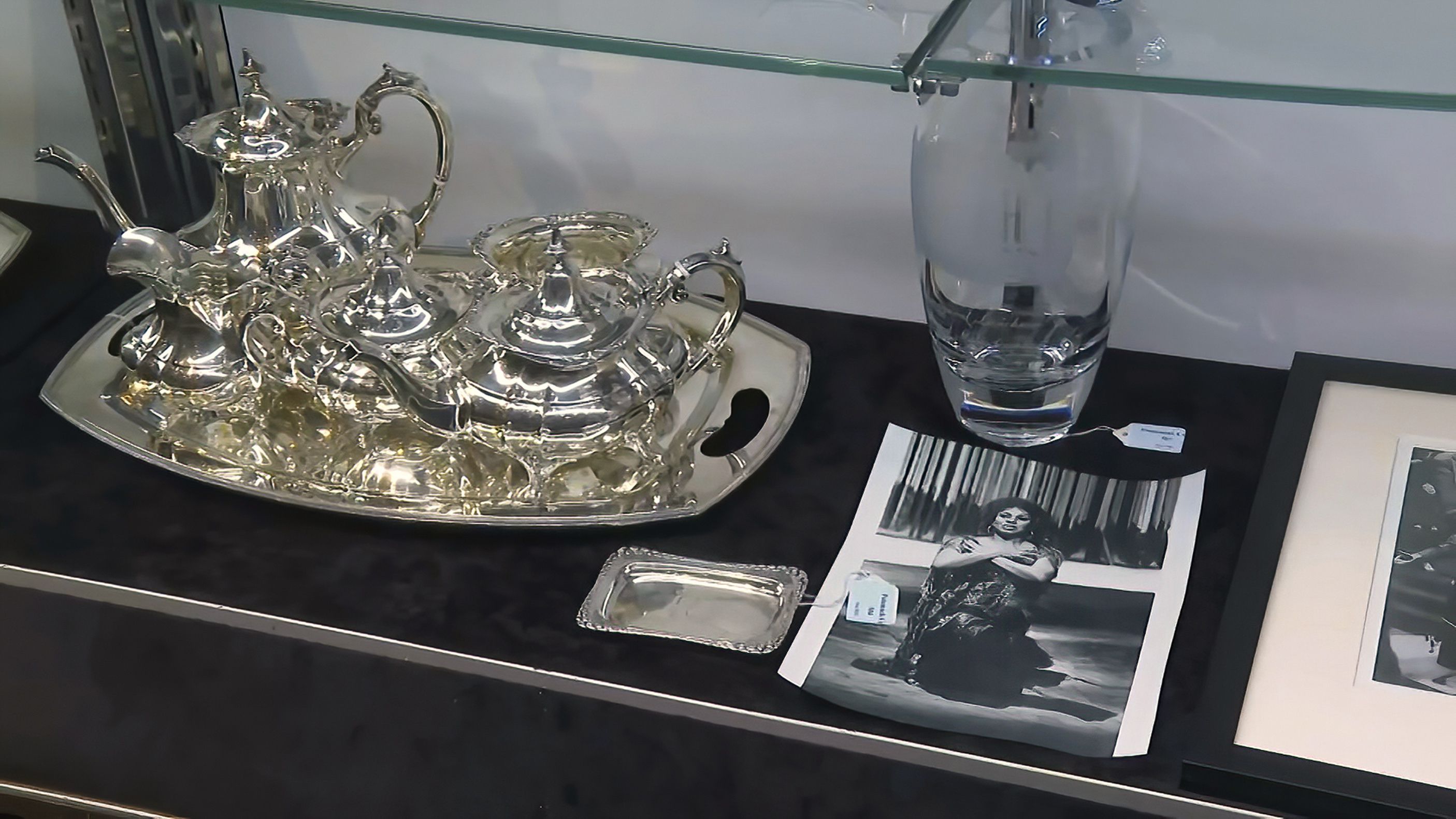 WASHINGTON – Justice Ruth Bader Ginsburgs Silver tea service goes to a family with a 5 year old daughter who was once Ginsburg for Halloween. A medal given to Ginsburg when she was inducted into the National Women’s Hall of Fame goes to a family who recently demonstrated for reproductive rights. And a drawing of her hanging in her office was a Utah scientist’s Mother’s Day gift to his wife.

In all, an online auction of 150 items owned by the late judge raised $803,650 for the Washington National Opera, one of the late judge’s passions. The auction ended in late April and buyers are now picking up items or having them delivered to their homes in 38 states, the District of Columbia, Canada and Germany. The highest bids ranged from $850 to $55,000.

Elizabeth Haynie Wainstein, owner of Virginia auction house The Potomack Company, said they were “just blown away by the interest.” A presale estimate was that the auction could fetch $50,000 to $80,000.

Ginsburg died of cancer in September 2020 at the age of 87. In her later years, the court’s second female judge and liberal icon also became a pop culture figure known as the “Notorious RBG.” In January, an online auction of her books fetched $2.3 million, nearly 30 times the presale estimate, according to Bonhams, the company that ran the auction.

Washington National Opera Artistic Director Francesca Zambello, a friend of Ginsburg’s, said the proceeds from the auction will be “a huge help this year as we try to encourage our audiences to return.” amid the ongoing coronavirus pandemic.

The largest ticket item of the auction was the Drawing by Ginsburg that sold for $55,000. The picture had accompanied a 2015 article about her in The New York Times. Ginsburg liked it so much that she got a copy signed by artist Eleanor Davis for her Supreme Court office. The buyer has asked that his name not be published.

Other high-priced sales included modern art that Ginsburg had collected. She exhibited a terracotta jug by Pablo Picasso in her living room sold for $25,000 while an earthenware Picasso plate that hung in her dining room sold for $22,500. A print of Josef Albers’ “Red Orange Wall” that hung in Ginsburg’s bedroom sold for $27,500. Albers was one of Ginsburg’s favorite artists, and one of his original works was loaned by the Smithsonian prominently displayed in her office at the court.

Significantly less valuable Ginsburg pieces also fetched large sums of money. A drawing made by one of Ginsburg’s grandsons, Paul Spera, as a child, showing his grandmother as a Statue of Liberty sold for $12,000. At the top, Spera had written “Bubbie of Liberty,” using the Yiddish word for grandma.

Other sales included $5,000 for a glass souvenir vase attendees at a luncheon in the Capitol following the first inauguration of President Barack Obama, $16,000 for a black mink coat with Ginsburg’s name sewn into a pocket, and $30,000 for her 2002 National Women’s Hall of Fame medal. Buyers paid an additional 27% in auction fees on top of their winning bid.

Before her death, Ginsburg displayed a number of the items being auctioned at her apartment in the Watergate complex in Washington. The auction’s online catalog contained images of how Ginsburg had displayed these items.

Jennifer DiBrienza, a California-based educator, was the medal winner, spending almost twice as much as she planned. As the bidding near the end of the auction drove the price up, she thought to herself, “I’ve been winning this for days. I can’t give it up now,” she said.

DiBrienza, who followed with her three children to protest last week the leak of a draft Supreme Court opinion that would overturn a nationwide abortion right that the court recognized in 1973She hopes having Ginsburg’s medal is “a reason to talk about her,” she said.

Krishan Paramesvaran was the winner on two items: a wooden sculpture for $3,500 and a silver tea set for $5,000. The tech executive and father of three said his family plans to place the sculpture in their living room and the tea set next to china in their dining room. The tea service will be primarily for display, he said, although he envisions it being used once or twice. Paramesvaran said his 5-year-old daughter, who dressed up as Ginsburg for Halloween, knew it was coming and they had spoken to her about “powerful women” and “the influence of RBG” in the past.

Right now, he said, the family is “super, super excited” as they wait for the items to be delivered to them in Washington state. Paramesvaran said, “We couldn’t stop thinking that soon we will have something she owns in our house.”

Ag Trade Expert: "Close the Gate to the Black Swans"

Amber Heard says she has received “thousands” of death threats