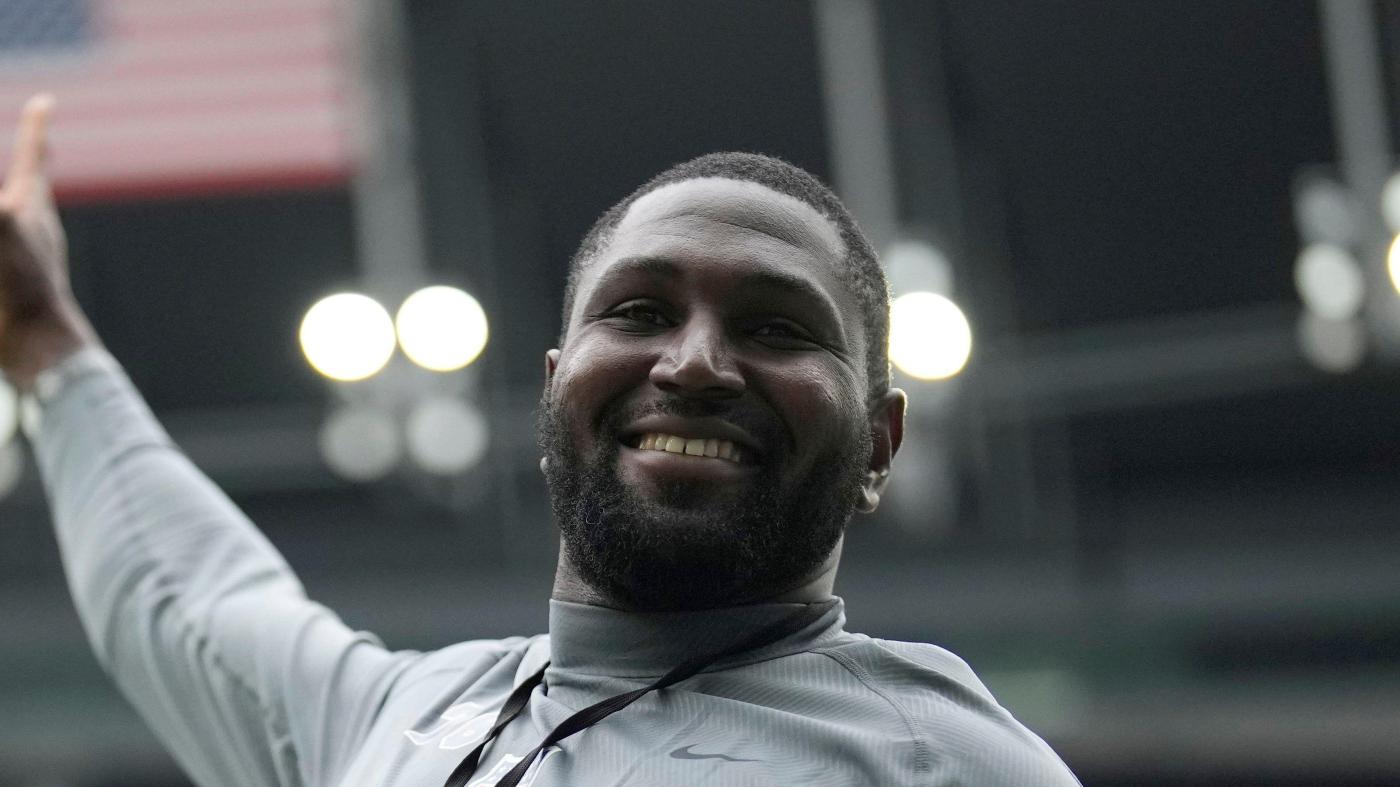 Maybe one day Roy Mbaeteka can be the Giants’ Jordan Mailata.

The Giants on Friday signed Mbaeteka, a 6-9, 320-pound Nigerian offensive tackle, from the NFL’s international pathway program, the team announced.

He has no high school or college football experience. The team says former Star Giants pass rusher Osi Umenyiora mentored 22-year-old Mbaeteka and first saw him at a camp in Nigeria in May 2021.

“Hard to describe what just happened here,” tweeted Umenyiora, who spent part of his childhood in Nigeria. “I’m an emotional wreck. What that means for so many people where we come from is impossible to explain.”

Back in 2018, division rivals Philadelphia Eagles capitalized on a seventh-round pick against Mailata, an Australian rugby player on the international Pathway program. He developed into their 6-8, 365-pound left tackle franchise under revered offensive coach Jeff Stoutland.

Mbaeteka was selected to train at the NFL Academy in London in October and was one of 13 players selected to apply for a spot in the 2022 international Pathway program.

He then recently attended an NFL showcase in Arizona, where the Giants said scout Jeremy Breit was impressed. The team flew Mbaeteka to New Jersey on Thursday and signed him on Friday.

They hope this is just the beginning of the unlikely tale of Mbaeteka’s journey to the pros.

Can soil save the day?