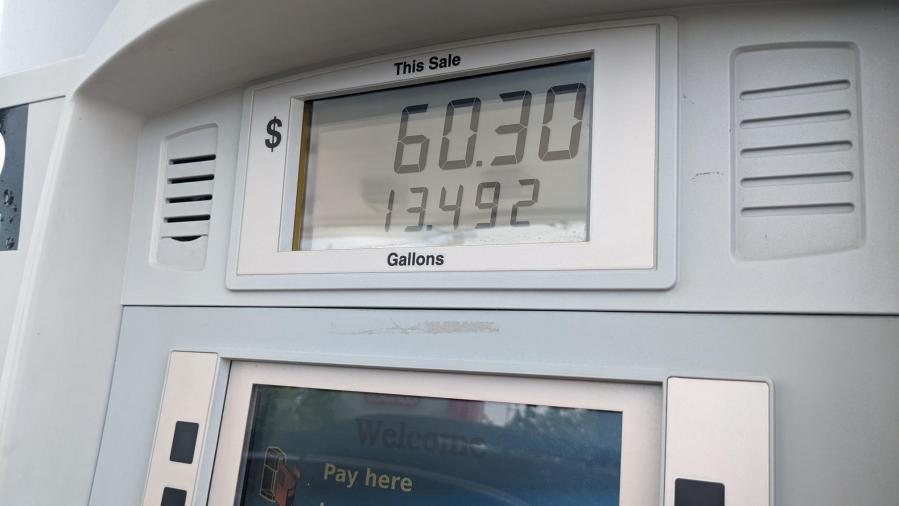 ST. LOUIS — Memorial Day weekend is in full swing, and drivers are feeling the pain at the pump as gas prices break records.

For the past 17 days, the American Automobile Association reports that the average price of gasoline nationally has either increased or remained the same. Many are paying more than double what they used to pay for a full tank.

According to the AAA, the national average for gas is currently $4.60 per gallon. The average cost of a gallon of regular gasoline in St. Louis is currently $4.42. That’s nearly a quarter higher than Missouri’s statewide average of $4.17. The Illinois average is approaching the $5 mark at $4.96 per gallon.

For some, like Michele McGuire, the high prices have put a brake on their travel plans. Instead, she chooses to stay at home.

“I mean, gas prices are just astronomical right now, it’s ridiculous when you fill up your tank, and it’s two, almost three times what it was before,” McGuire said. “Gas prices just make a little bit more sense right now.”

McGuire used to only fill up her tank for less than $40. Now she spends $70 a tank of gas.


However, rising gas prices will not discourage everyone from traveling. Whether they drive or fly, Americans move. According to the AAA, 39.2 million drivers will be traveling across the country this weekend and three million people will be boarding flights.

Whether filling up for a long drive or just getting around town, drivers still feel the pinch at the pump. If you’ve taken a trip you might have noticed that it’s not just the gas prices that make it a tough weekend for those on a budget. Hotels, rental cars and travel expenses in general have also increased compared to recent years.

Miami Beach is gearing up for Memorial Day weekend