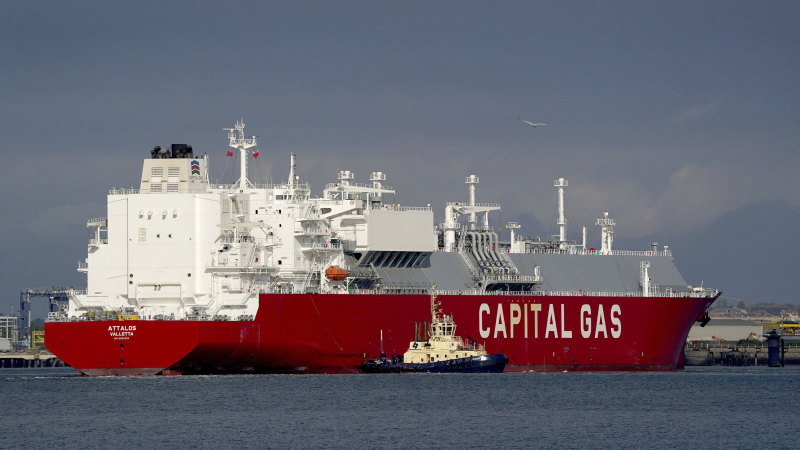 “The gas code of conduct, once it comes into effect, will not aim to deprive producers of profits,” a spokesman said.

LNG export earnings have been slashed to $36 billion in 2020 due to a sharp drop in energy demand during pandemic lockdowns around the world. In 2021, it climbed back to $49.9 billion as global demand started to recover from the pandemic.

As gas prices soared around the world after the start of the Ukraine war, Treasurer Jim Chalmers ruled out a windfall profits tax on corporate profits in the energy sector, even though the UK had introduced one, saying the government’s preferred option was price regulation.

Korea and Japan are big buyers of Australian gas and both nations have been reassured by the Albanian government that their long-term contracts will not be disrupted.

A spokesman for the Australian Petroleum Production and Exploration Association (APPEA) said the industry has invested hundreds of billions of dollars in the economy, creating thousands of jobs and billions in government revenues, especially when global prices are high.

“The recent record performance by Australia’s gas exporters demonstrates the benefits that can accrue to Australians when investment policies encourage industry to invest hundreds of billions of dollars, creating thousands of jobs and billions in government revenue.”

Woodside, the country’s largest oil and gas producer, has warned price caps will force it to reassess investment plans for Victoria’s Bass Strait gas fields. These offshore projects provide critical energy security for the state, which has the highest gas consumption per capita but no other local sources of supply.

“We need policies that encourage new investment in supply to put pressure on prices,” the spokesman said.

Allan Border: My Story Documentary, Allan Border and Steve Waugh have barely spoken to each other for a decade