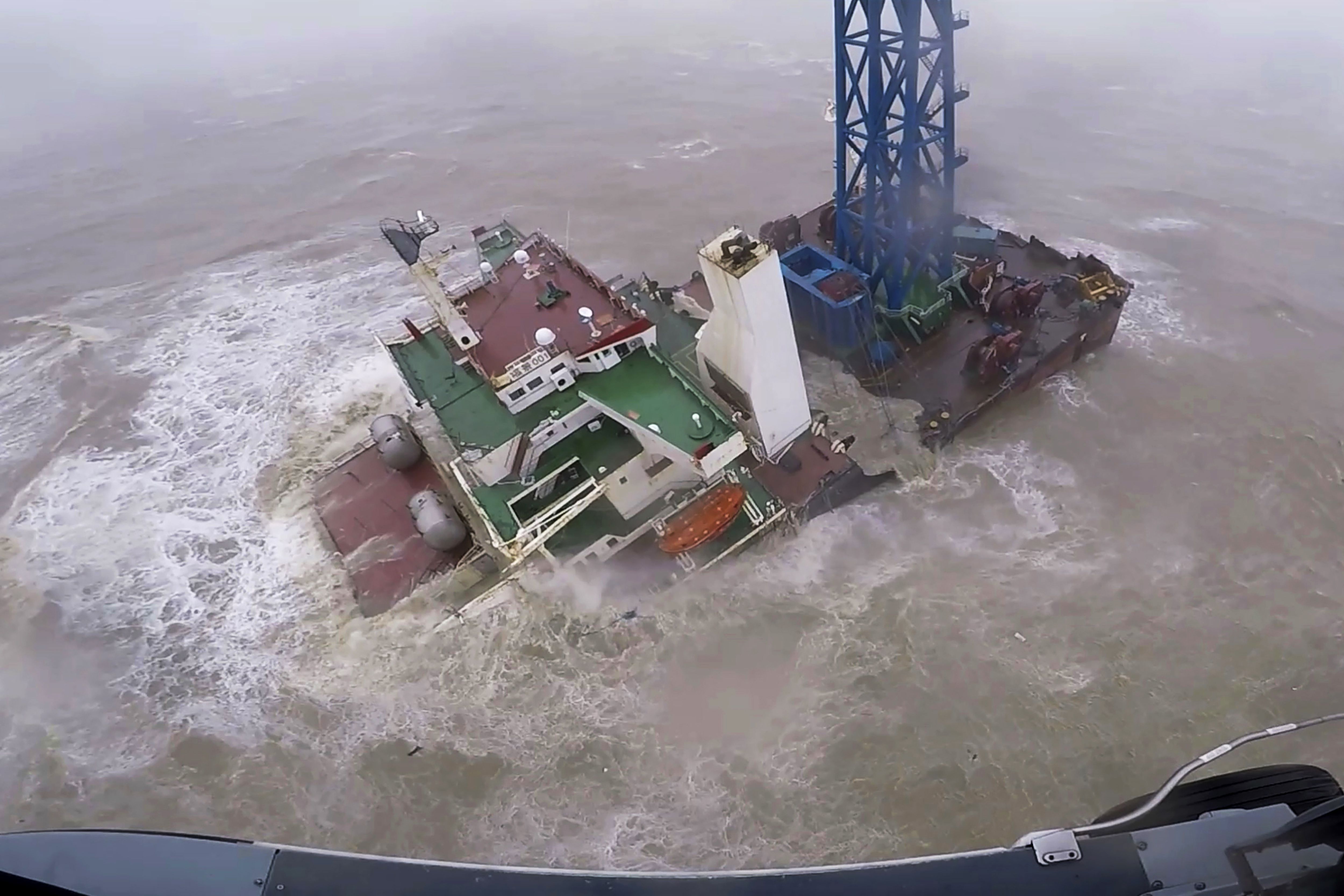 HONG KONG – A fourth crew member was rescued on Monday after a storm sank a machine ship two days earlier, according to a Chinese state broadcaster.

According to state broadcaster CCTV, the crew member’s situation is stable and rescue work is ongoing.

The last rescued crew were part of a 30-strong crew aboard the China-registered floating crane Fujing 001, which has been involved in the construction of several offshore wind farms, according to local media reports.

The ship broke in two and sank on Saturday during Tropical Storm Chaba, which had a maximum sustained wind speed of 110 kilometers (68 miles) per hour and expanded into a typhoon before making landfall in Guangdong Province and Hong Kong.

As of Monday, 26 other crew members are missing and search and rescue operations are still ongoing.

Hong Kong authorities had dispatched planes and helicopters to help with the rescue but said the chances of saving the other crew alive were “slim”.