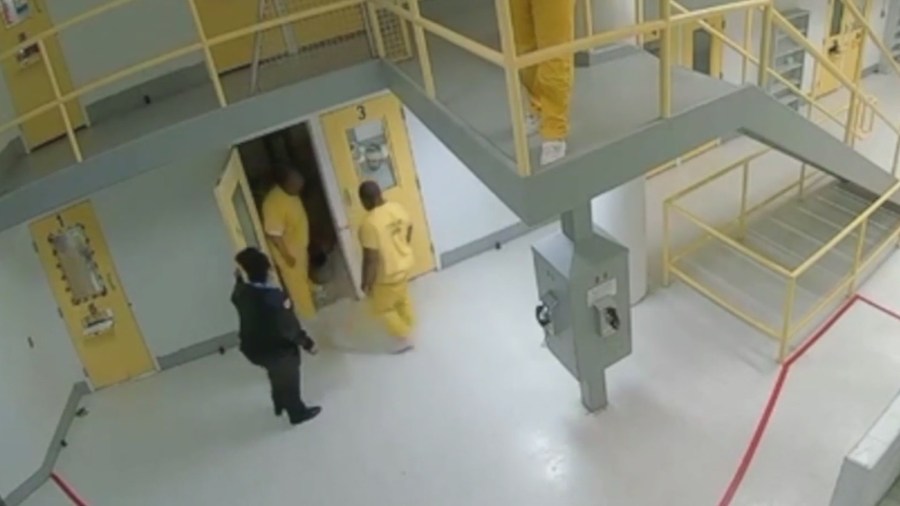 ST. LOUIS — A former correctional officer at the St. Louis Justice Center learned Tuesday that she will face four years in prison for her role in a vicious caning of an inmate.

The prison sentence handed down by a federal judge today is just the beginning of the story. The incident could also be at the expense of taxpayers. The mother of the man who was beaten in a March 2021 video wants $10 million in damages. She’s calling for it in a civil lawsuit filed this week over the video.

The prison video shows the prison’s special needs department. You can see Demeria Thomas, who was a correctional officer at the time, speaking to two inmates before ripping open the cell door of a third inmate, who is then attacked. You can also hear Thomas yelling at other inmates to stay back.

The former St. Louis jailer admits he allowed an inmate to be beaten in an attack seen on video


A lawsuit filed this week said, in part, “[Thomas]assisted in planning the beating, opened the victim’s locked cell door and watched in amusement as the plaintiff was beaten unconscious.”

FOX 2 later spoke to one of the attacking inmates, who told us that the correctional officer initiated the entire attack.

“We were very surprised that he opened up and told you that,” said attorney Mark Pedroli, who filed the lawsuit on behalf of the victim’s family. “If Kevin Moore is telling the truth, it means there is a pattern and practice at the St. Louis City Justice Center of beating up inmates that might open the mouths of the wardens.”

Demeria Thomas left federal court today with her family and was allowed to surrender herself before later turning herself in to her sentence. That’s the only break the judge gave her. He sentenced her to four years after telling her, “What you did was corrupt. You viewed someone as subhuman.”


The victim’s mother overheard the hearing via zoom. She told us on the phone: “I cried, I thought it was great, the judge was great.”

She hopes her lawsuit will transform prisons. Pedroli said it starts with the guards.

“You have to train them better,” said Pedroli. “You have to supervise them better, you have to discipline them and hold them accountable. If you do the wrong thing, they have to let you go. And the question is why don’t they fire more people?”

Although no one from the Justice Center would directly comment on our report, there are signs that executives are beginning to hold employees accountable. New Correctional Commissioner Jennifer Clemons Abdullah launched an internal investigation earlier this year that led to the arrest of a correctional officer who allegedly planted fentanyl in prison.