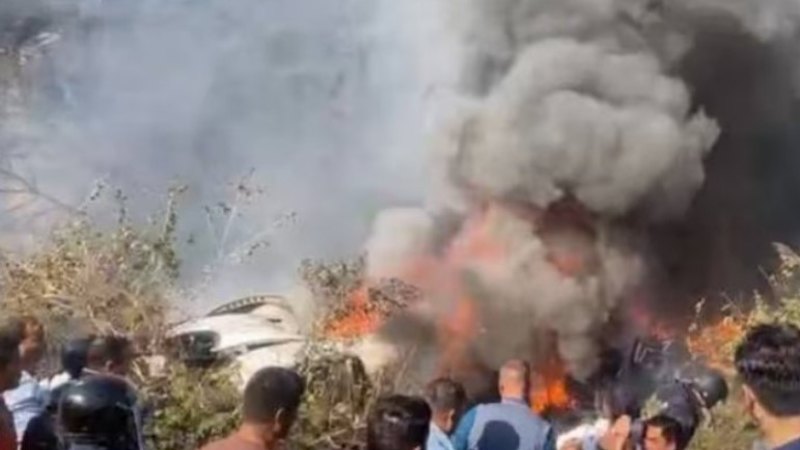 Kathmandu: At least 40 people were killed when a domestic airline crashed in Pokhara on Sunday, an official with the Nepal Aviation Authority confirmed.

The plane was carrying one Australian, five Indians, four Russians, one Irishman, two South Koreans and one French and one Argentine, a Nepalese airport official said.

“The rescue operations are ongoing,” said Jagannath Niroula, spokesman for the Nepal Civil Aviation Authority. “The weather was clear.”

Hundreds of rescue workers searched the crash site on the slope.

The plane that took off from Kathmandu was 15 years old, according to flight tracking website FlightRadar24.

The ATR72 is a popular twin-engine turboprop aircraft manufactured by a joint venture between Airbus and Leonardo of Italy. Yeti Airlines has a fleet of six ATR72-500 aircraft, according to its website.