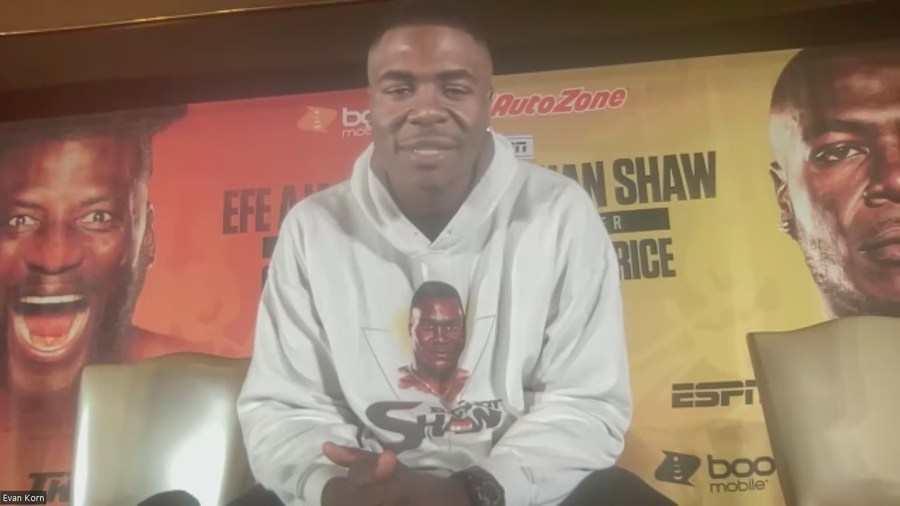 “This is my big moment,” Shaw said. “I’m ready to take the shot and seize the moment.”

“There are many cracks in his armor,” Shaw said. “I feel like I can take advantage of (that).”

Shaw turned pro nine years ago and has had 13 knockouts in his 18 pro fights since then. He took a break from the sport between the ages of 13 and 18, but has been unbeaten since coming back and turning pro.


“I feel like this is his destiny,” said Brian Shaw, Stephan’s father and assistant coach. “This is his opportunity to show off his skills and he’s going to make the heavyweight class take notice.”

Boxing is a Shaw family tradition. Stephan is a third-generation boxer, as his father fought in the amateur ranks and his grandfather, Winston “Buddy” Shaw, coached former world champion Corey Spinks for a time.

“I love my grandfather,” said Stephan. “He’s the patriarch of our family, especially when it comes to boxing.”

Winston will be watching Saturday night’s fight from his living room in Spanish Lake and cheering for his grandson.

“I’m not bragging about it that much, but it’s really great inside,” Winston said.

Winston recently turned 81 and is living with Parkinson’s, but that won’t stop him from watching Stephan try to make history.

“This is the fight that I think will take him over the top,” Winston said.

If Stephan wins on Saturday night, he’ll move up to 19-0 and be one step closer to a title shot, following in the footsteps of some other big St. Louis heavyweights like Sonny Liston and Leon Spinks.

“Saturday night looks like a winning night for Stephan ‘Big Shot’ Shaw,” said Stephan. “You know I definitely want both hands up and you might even see a tear roll down my face.”