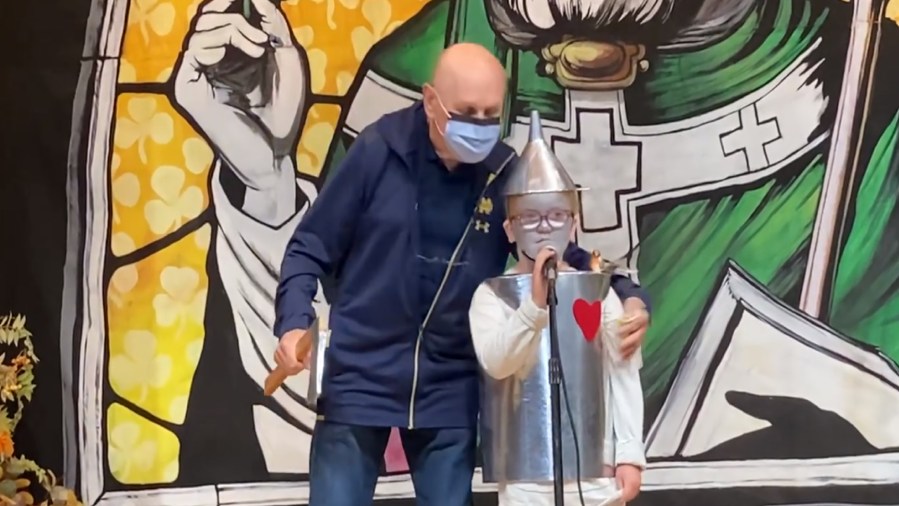 SAN DIEGO — There’s nothing like family support when you need it most, especially for a brave first-grader from North Park who received help from his grandfather during a talent show performance.

St. Patrick School San Diego posted a video Friday from her talent show of first year London dressed as a tin man singing “If I Only Had A Heart” from the classic film The Wizard of Oz.

Before London was due to perform, he suffered a brief bout of stage fright. But then his grandfather came to the rescue and got on the stage to help his grandson.


London, with his grandfather by his side cheering him on, showed his heart as he sang the song beautifully and was even motivated by the clapping audience.

The heartwarming performance ended with London’s grandfather hugging him and a roar of cheers from the crowd.

Grandfather’s deeds show that you can always count on the people you love.

https://fox5sandiego.com/news/local-news/san-diego-1st-grader-helped-by-grandfather-during-talent-show-act/ First-grader from San Diego gets help from grandfather at talent show performance