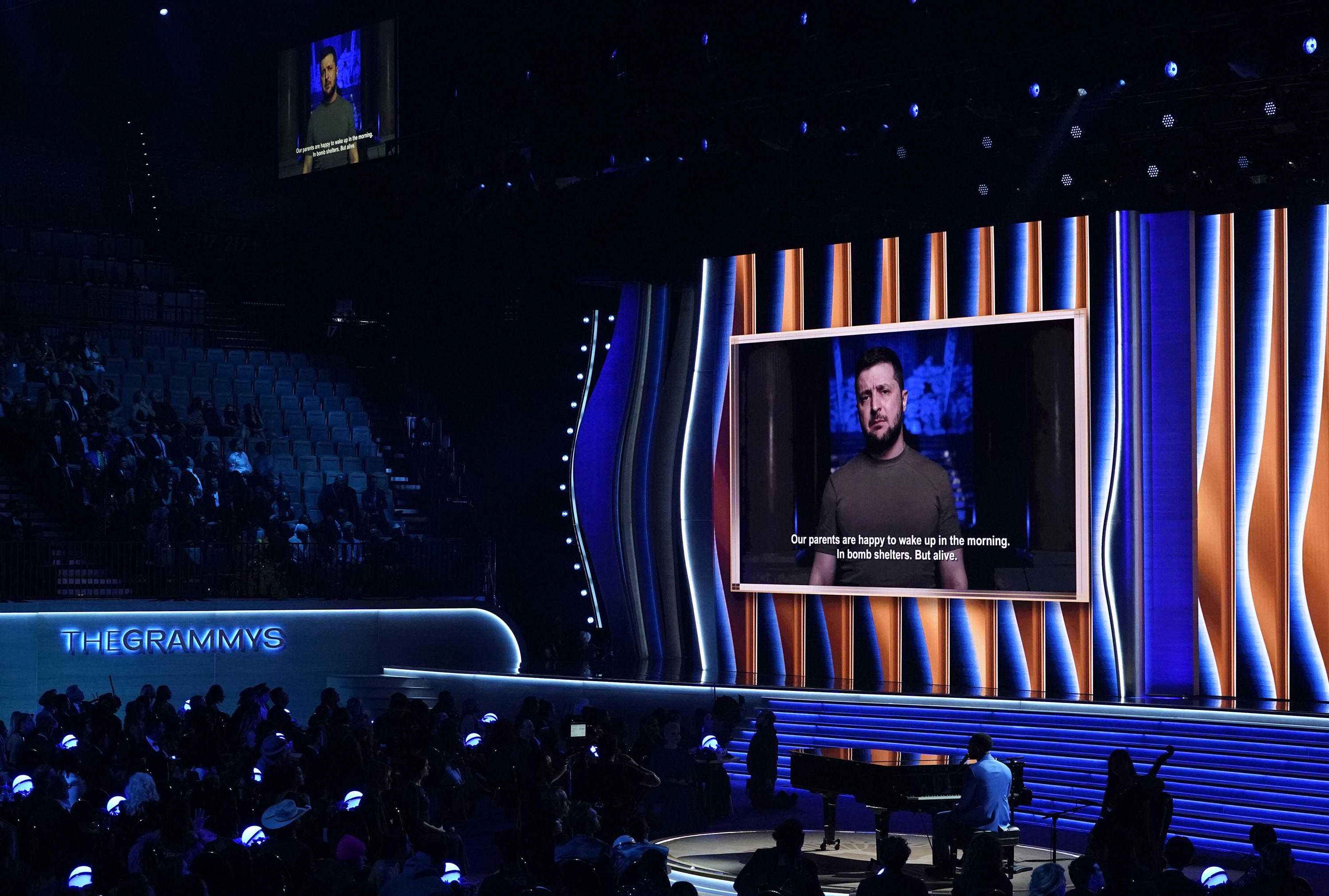 LAS VEGAS – Ukrainian President Volodymyr Zelenskyy appeared in a video message at the Grammy Awards to ask for assistance in telling the story of Ukraine’s invasion by Russia.

During the message, which aired on Sunday’s program, he likened the invasion to a deadly silence that threatens to wipe out the dreams and lives of the Ukrainian people, including children.

“Our musicians wear protective vests instead of tuxedos. They sing for the wounded in hospitals, even for those who cannot hear them,” he said. “But the music will break through anyway.”

The Recording Academy and its partner Global Citizen highlighted a social media campaign called “Stand Up For Ukraine” ahead of the ceremony to raise money and support during the humanitarian crisis.

“Fill the stillness with your music. Complete it today to tell our story. Tell the truth about the war on your social networks, on TV, support us in any way you can, but don’t be silent. And then peace will come to all our cities,” said Zelenskyy.

Following Zelenskyy’s message, John Legend performed his song “Free” with Ukrainian musicians Siuzanna Iglidan and Mika Newton and poet Lyuba Yakimchuk, while images from the war were shown on screens behind them.

https://www.local10.com/entertainment/2022/04/04/fill-the-silence-with-your-music-zelenskyy-tells-grammys/ “Fill in the silence with your music,” Zelenskyy tells Grammys